Despite the many problems in the Gaza border communties, a new school is getting its start.

By ALAN ROSENBAUM
Pastor Jentezen Franklin (center) lays the cement for the cornerstone of the new state-of-the-art educational campus.
(photo credit: JNF-USA)
Advertisement
On Wednesday, November 6,  the Eshkol Regional Council broke ground for the construction of a new regional playschool, established by Jewish National Fund-USA and the generosity of Pastor Jentezen Franklin.  The ceremony was attended by Pastor Franklin, U.S. Ambassador to Israel David Friedman, Eshkol Regional Council Mayor Gadi Yarkoni, JNF-USA CEO Russell F. Robinson, and other community leaders, JNF-USA supporters, and local residents.The Eshkol region, bordering the Gaza and Egyptian borders in the Western Negev Desert, has been on the frontlines of the violence and warfare targeted at Israel in recent years.  The Eshkol Playschool will provide the area’s children with a safe indoor playground and innovative learning center that integrates play with education. 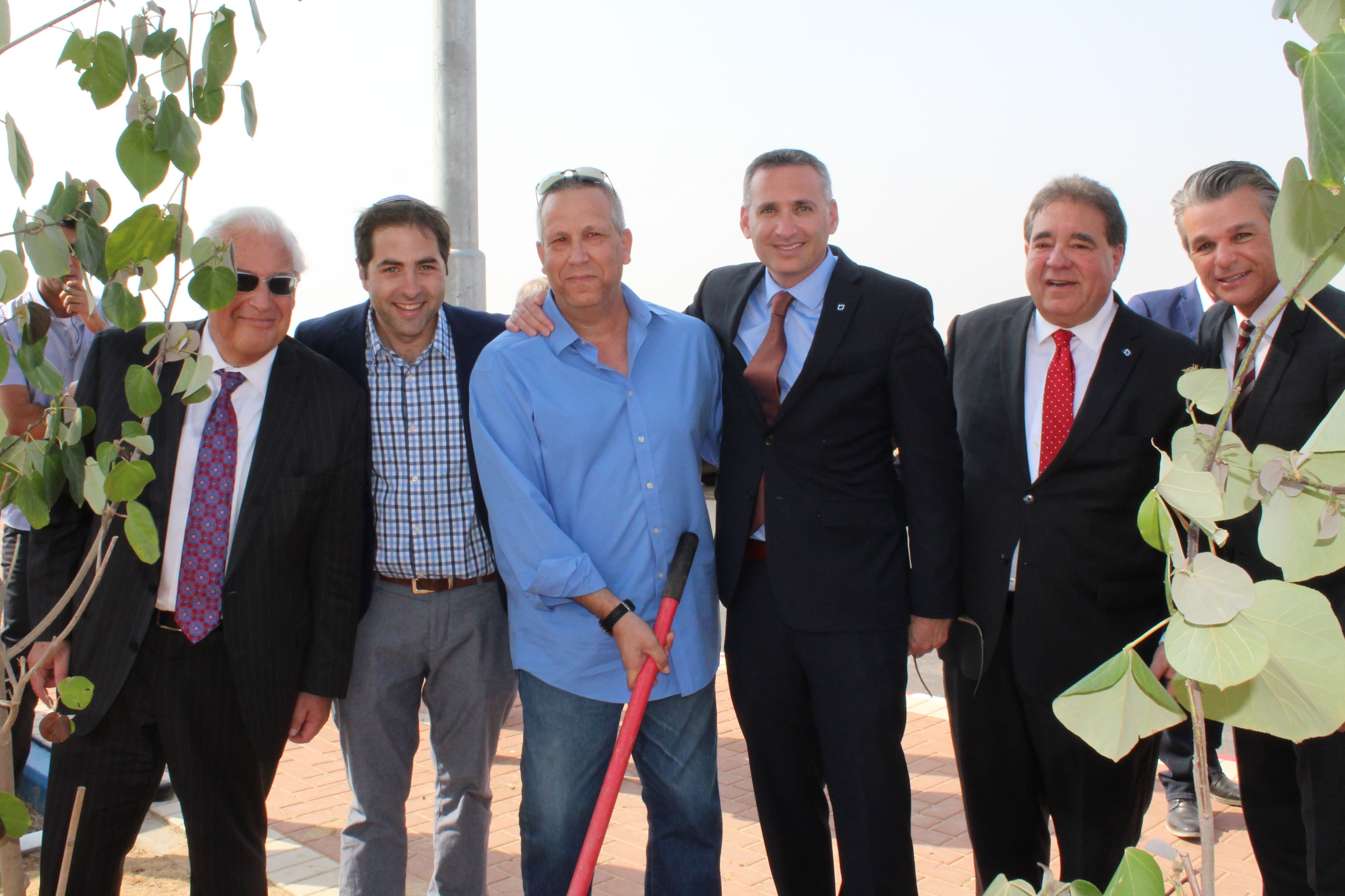 US Ambassador David Friedman, JNF Project Coordinator Yoel Rosby, Eshkol Mayor Gadi Yarkoni, JNF Chief Israel Officer Eric Michaelson, JNF CEO Russell Robinson and Pastor Jentezen Franklin plant trees outside the new Playschool, symbolic of the strength and growth of the Eshkol community. (Credit: JNF-USA)
“I am here to tell all of you that you have friends in America, people who have your back,” said Pastor Franklin.  “There is a whole new generation in this region that God is raising up, who will make sure we do not give up this precious land.”U.S. Ambassador Friedman said, “I cannot imagine the difficulty which people who live in Eshkol and deal with, waking up a child in the middle of the night in the face of alerts.  Your courage in the face of extraordinary challenges is proof that the people of Israel are not going anywhere.” 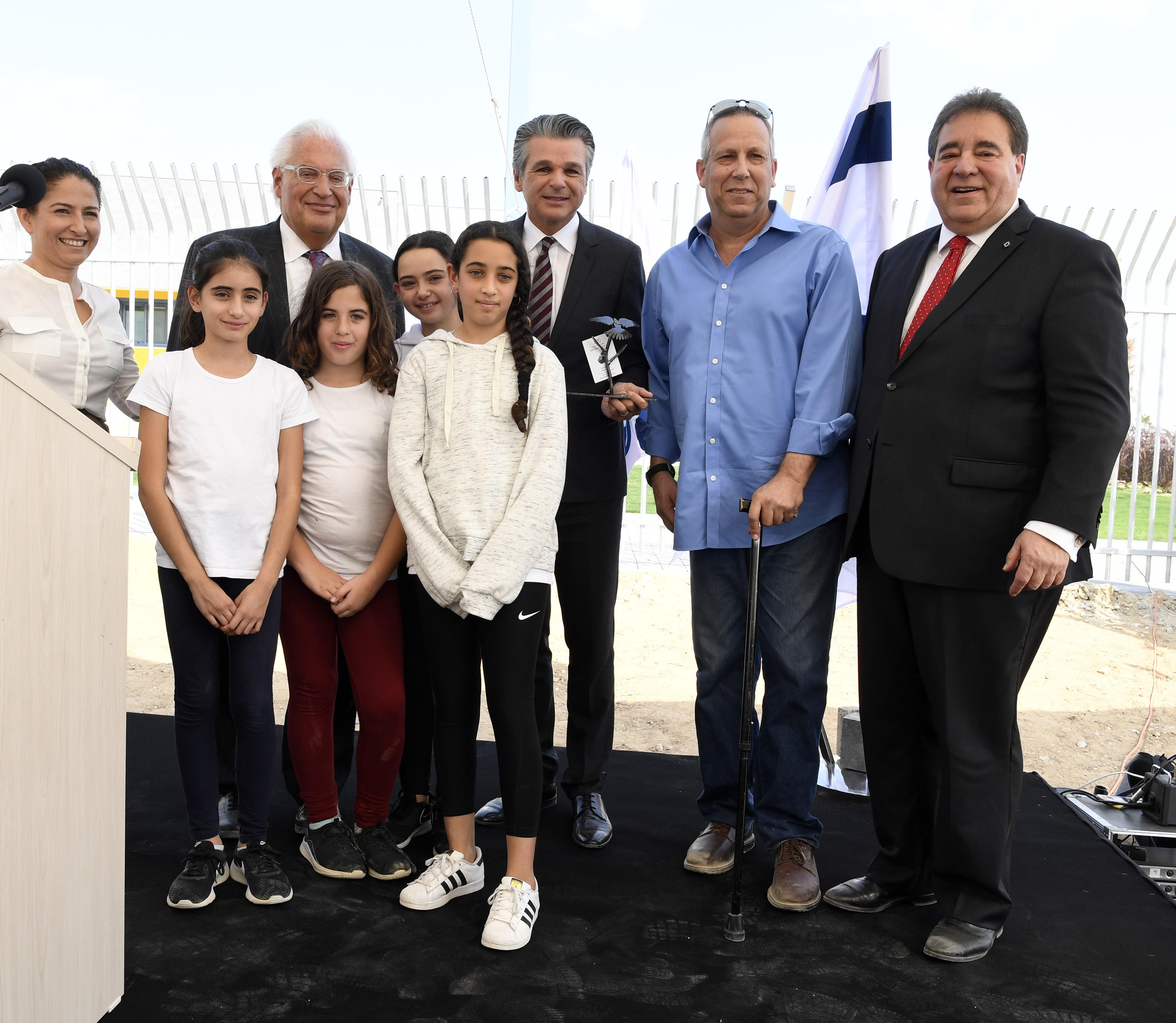 Michal Uziyahu, Eshkol Director of Community Centers, Ambassador David Friedman, Pastor Jentezen Franklin, Eshkol Mayor Gadi Yarkoni, and JNF-USA CEO Russell Robinson join children from the Eshkol region in dedicating the new Playschool. (Credit: JNF-USA)
“Together, we are building a place where children will learn, grow and dream,” said Russell F. Robinson , JNF-USA Chief Executive Officer.  “These children will grow to be the leaders and builders of tomorrow.  These children will be the ones who come together to build a world of peace.”