The passenger is expected to face criminal charges for causing a disturbance and uttering threats. 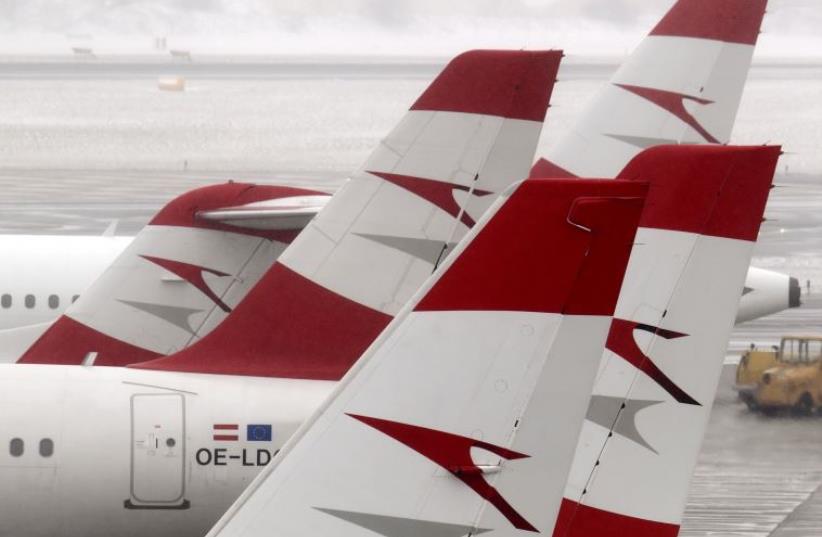 The tails of Austrian Airlines planes
(photo credit: REUTERS)
Advertisement
An Austrian Airlines flight from Vienna to New York was forced to make an emergency landing in Canada  on Monday due to an in-flight disturbance caused by an Israeli passenger according to reports by The Jerusalem Post's sister publication Maariv. Mayhem broke out during the flight when a passenger was caught smoking in the bathroom.  When  the passenger who appeared to be intoxicated, was discovered by members of the flight crew, he became unruly and began to hurl insults at the flight attendants.The crew with the assistance of two doctors on board were able to restrain the passenger. In light of the incident, the pilot was forced to make an emergency landing at St. John's International Airport where the passenger was immediately removed from the plane in handcuffs and transported to a local hospital for observation. The passenger is expected to face criminal charges for causing a disturbance and uttering threats.