In first visit ever by Singapore PM, leader thanks Israel for defense aid over the years

Lee Hsien Loong calls on Israel and the Palestinians during his speech at Hebrew University to resume direct negotiations. 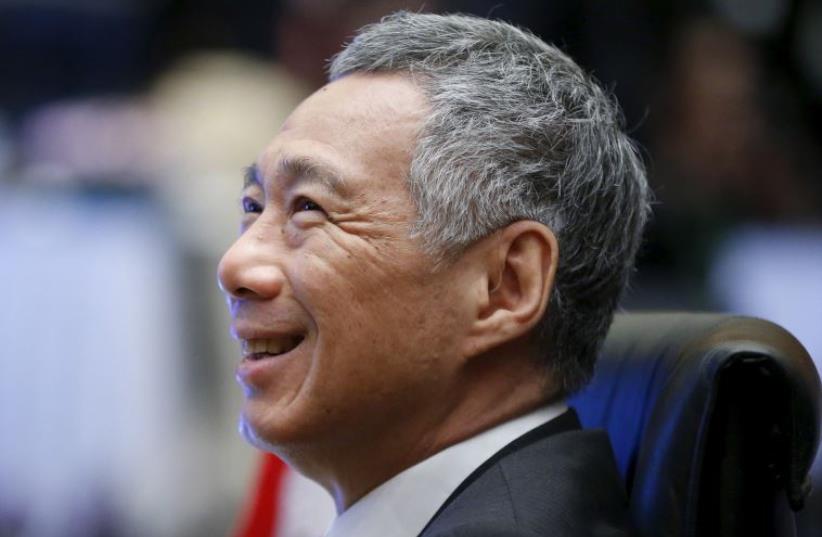 Singapore's Prime Minister Lee Hsien Loong talks with government officials during the Plenary session at the 27th Association of Southeast Asian Nations (ASEAN) summit in Kuala Lumpur, Malaysia, November 21, 2015.
(photo credit: REUTERS)
Advertisement
Lee Hsien Loong arrived in Israel on Monday for a four-day visit, the first ever visit to Israel by a Singaporean prime minister.During a speech at the Hebrew University where he received an honorary doctorate, Lee noted with gratitude the defense aid and advice Singapore has received from Israel over the years.“In August 1965, when Singapore unexpectedly became independent, the Israel Defense Forces helped us to develop the Singapore Armed Forces,” he said. “We asked a number of countries, but only Israel responded to us, and it did so very promptly.“Without the IDF, the SAF could not have grown its capabilities, deterred threats, defended our island, and reassured Singaporeans and investors that Singapore was secure and had a future,” he said. “We will always be grateful that Israel helped us and stood by us at our time of great need.”Israel and Singapore established diplomatic ties in 1969 and in recent years the country has emerged as a significant trading partner for the Jewish state.For instance, in 2015 the countries conducted some $1.35 billion of trade, which was more trade than Israel did that year with all but eight of the 28 EU countries, including Sweden, Austria, Denmark and Portugal.Lee is accompanied by his wife, Ho Ching, and a 60-member delegation, including his foreign minister and environment and water resources minister. The current prime minister is the son of Singapore’s founder, Lee Kuan Yew.Lee arrived Monday from Jordan via the Allenby Bridge, received the honorary doctorate at the Hebrew University, and toured the capital’s Old City. He is set to go to the Temple Mount on Wednesday.The prime minister is scheduled to meet Prime Minister Benjamin Netanyahu on Tuesday, and on Wednesday spend about three hours of his four-day trip in Ramallah, where he will meet with Palestinian Authority Prime Minister Rami Hamdallah.Lee called on Israel and the Palestinians during his speech at the Hebrew University, to resume direct negotiations.“Progress will require enormous imagination, determination and political leadership on both sides, as well as getting the stars aligned in the right places in the firmament, with the great powers supporting you,” he said.Lee paid homage during his speech to Singapore’s small Jewish community, which began in the 19th century with Jews who immigrated from Iraq, and today numbers some 2,500. He recalled how Albert Einstein visited Singapore in 1922 to encourage the Jewish community to donate to the establishment of the Hebrew University, and that he won the Nobel Prize in physics a week later.On Sunday, in advance of the premier’s visit, the two countries signed a Memorandum of Understanding relating to joint training programs they will provide to professionals from developing countries.The first course was already held in Singapore in November, bringing 20 professionals from the Pacific and the Caribbean for a course on public health. The next seminar will be held in Israel next month, bringing 15 trainees from Africa for a course dealing with the empowerment of women.