Lawyer for Matan Uziel says she'd be happy for director to appear at trial in country with US extradition treaty. 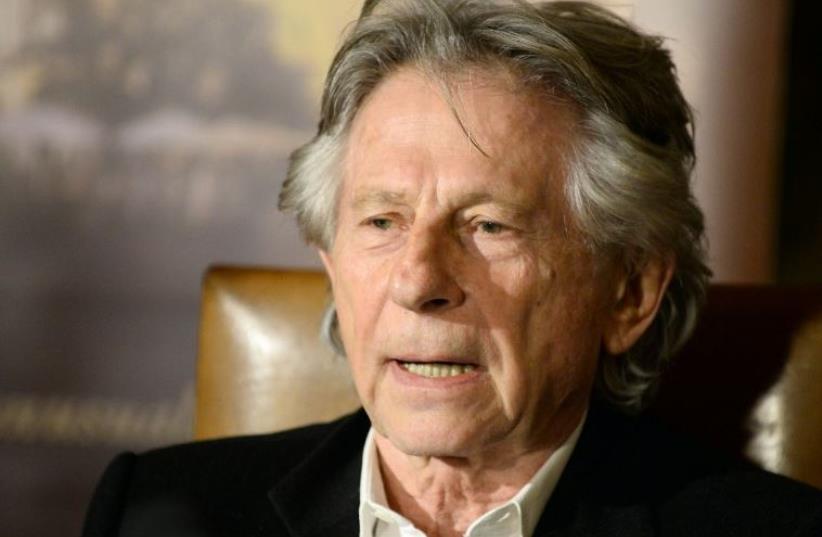 Oscar-winning director Roman Polanski
(photo credit: AFP PHOTO)
Advertisement
Director and producer Roman Polanski is suing an Israeli man for libel for claiming to media outlets that Polanski raped or assaulted several women when they were minors. In a lawsuit filed in the Herzliya Magistrates Court on Tuesday, Polanski is demanding NIS 1.5m. from Matan Uziel for spreading false information about him.“The most unwise act Mr. Polanski can do is to file this lawsuit,” Roni Aloni Sadkovnik, an attorney for Uziel, told The Jerusalem Post on Wednesday. “He has been accused of many acts that fall outside of the statute of limitations, but now, when Mr. Polanski decided to open the Pandora’s Box, lots of women will come out! We are not afraid of Mr. Polanski and we believe that the suit will be dismissed.”For more than a year, Uziel has worked to tackle the systemic problems of sexual assault and abuse. In March 2016, he started the online platform Real Women, Real Stories, “for women who recount personal stories of trauma they have survived, including rape, sexual assault, sex trafficking, much beyond. We have created this movement because the things that matter don’t get talked about enough.”Then in November, Uziel set up a website called IMetPolanski.com, calling on women who have been assaulted or hurt by the director to share their stories.“This site is dedicated for all the other victims of Roman Polanski, who were afraid to tell what happened years ago,” wrote Uziel, “but now can tell their story, knowing that it will not go unheard and will be shared to give others courage around the globe to put Roman Polanski in jail where he belongs.”Uziel told The Sun newspaper in early November that five more women contacted him with stories about Polanski since he set up the site, in addition to the others who have publicly accused him over the years. Polanski is reportedly being represented by attorney Ohav Cohen. He has promised to donate any money from damages the court might award him to the Foundation for the Benefit of Holocaust Victims in Israel, according to Walla. The firm Cohen, Straschnov and London boasts among its former clientele “infamous Israeli singer Eyal Golan,” Deputy Police Commissioner Roni Ritman and journalist Emmanuel Rosen, all of whom were accused of sexual assault and harassment. No charges were ever filed against any of them. Polanski, the famed French Jewish director of The Pianist and other Oscar-nominated films, has long been dogged by multiple sex abuse accusations. In 1977, he was arrested and charged with raping a 13-year-old girl. He cut a deal and plead guilty to statutory rape, but fled the US before he could be sentenced or imprisoned. He has largely lived in France, escaping extradition, ever since. Polanski, now 84, has continued to produce films and been feted by numerous international bodies for his work.In an October interview at the Zurich Film Festival, where he was promoting his latest film, Based on a True Story, Polanski told The Hollywood Reporter it's all in the past.“As far as what I did: it’s over,” Polanski said. “I pleaded guilty. I went to jail.... I then was locked up here [in Zurich] after this festival [in 2009]. So in the sum, I did about four or five times more than what was promised to me.”Uziel declined to comment on the case, referring all questions to his lawyer. Aloni Sadovnik said she has no doubt her client will be found innocent, and would actually be happy to see a trial go forward. “Mr. Polanski is a convicted criminal in the US, wanted by the FBI, and Israel has an extradition treatment with the US,” she said. “I don’t see any way that Mr. Polanski could move forward with this lawsuit, in a country that has an extradition treaty with the US, without physically showing up to the trial. I would be happy to see this happen,” she said. “It would be very interesting. We’d be happy to help our friends in the United States.”