What's coming up in the world of Israeli soccer in the next few days. 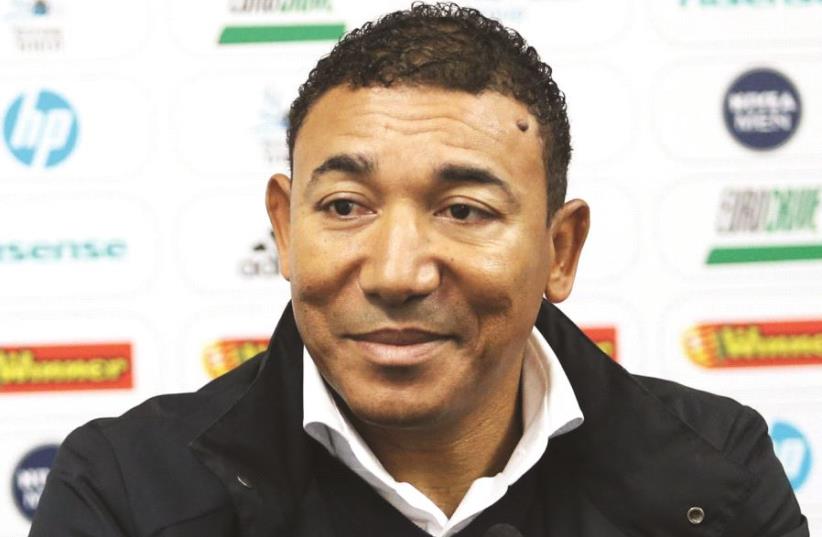 Maccabi Tel Aviv ’s new coach Lito Vidigal
(photo credit: ADI AVISHAI)
Maccabi Tel Aviv can close to within just two points of Hapoel Beersheba at the summit of the Premier League standings for at least 24 hours on Saturday night, when it hosts Ironi Kiryat Shmona in Netanya in new coach Lito Vidigal’s debut.The 47-year-old Angolan takes over the yellow-and-blue in the midst of its best run of the season.The yellow-and-blue closed to within five points of Beersheba after picking up 16 of a possible 18 points in six league matches under sports director Jordi Cruyff, who guided the team for over a month following the sacking of Shota Arveladze.The team also advanced to the State Cup quarterfinals where it holds a 1-0 first-leg lead over Maccabi Petah Tikva.Beersheba visits Hapoel Haifa on Sunday after hosting Besiktas in the first leg of the Europa League round of 32 at Turner Stadium late Thursday night.Cruyff said the club had already been in touch with Lito 4-5 weeks ago and that it was always his intention to wait for the right moment to bring him aboard.“It took a bit longer than we thought because we felt felt it was necessary to get the team back on track,” explained Cruyff. “I think now is a very good moment because everything fits together.The team feels that it has everything to fight for this season and this is a good time to bring in a new coach.”Lito, who joins Maccabi from FC Arouca of Portugal where he had been coaching since 2015, is focused on taking one match at a time.“If we keep winning our next game we will be good,” he said. “We are in a good position now and I’m here to improve the team. I’m not here to change everything.”Kiryat Shmona sits in sixth place, which will lead to the championship playoffs at the end of the regular season.But the northerners have lost their past three matches without scoring a goal and three of their final four regular season games are on the road.Maccabi Haifa is just one place and two points back of Kiryat Shmona and one the main reasons for the timing of coach Rene Meulensteen’s sacking and his replacement with Guy Luzon earlier this week is due to its fear of missing out on the championship playoffs.Haifa visits Hapoel Kfar Saba on Saturday in its first match under Luzon, who joined the Greens one month after leaving Hapoel Tel Aviv, where he spent less than four months.Another coach who will make his debut on Saturday is Ran Ben-Shimon.Ben-Shimon signed with Ashdod SC only nine days after being sacked by Beitar Jerusalem, with club owner Jacky Ben-Zaken making the hiring via a phone call from prison. Ben-Zaken is two months into a 26-month sentence after being convicted of manipulating shares.Ashdod, which is five points off the relegation zone, hosts Bnei Sakhnin on Saturday.Also Saturday, Bnei Yehuda faces Hapoel Ra’anana.On Sunday, Maccabi Petah Tikva goes to Hapoel Ashkelon, with Hapoel Tel Aviv hosting Beitar Jerusalem on Monday.