Hadar Buchris, 21, only had time to accomplish one of her two life-long wishes before she was stabbed to death on Sunday afternoon. 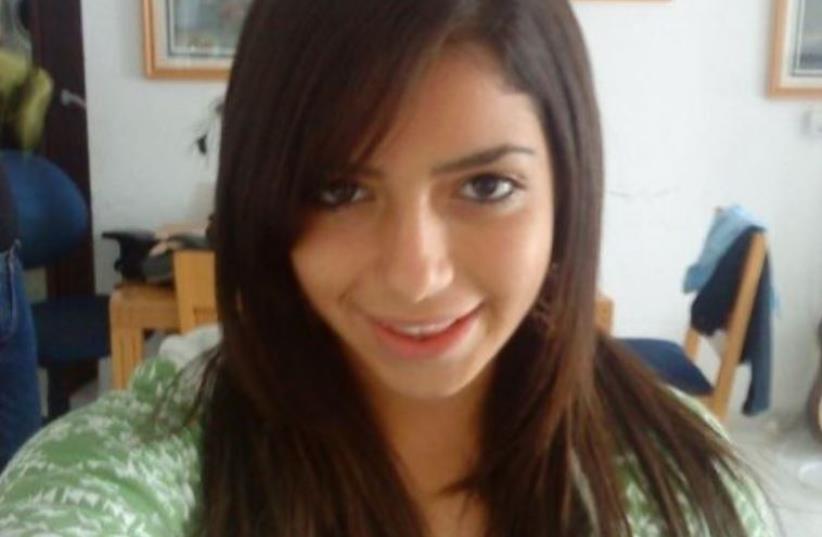 Hadar Buchris, 21, only had time to accomplish one of her two life-long wishes before she was stabbed to death on Sunday afternoon by a Palestinian terrorist as she stood at the bus stop at the Gush Etzion junction.

Scene of stabbing attack in Gush Etzion
“You had two dreams; to travel to India and to get married,” recalled her friend, Gilly Gan-Or, as he eulogized her on Monday.“You fulfilled one dream,” he said as he explained to the hundreds of mourners in the Har Hamenuchot cemetery in Jerusalem that Hadar has just returned from a half-year trip to India.  “But unfortunately, you will never achieve your second dream,” he said. She was already thinking of what names to give her future children, Gan-Or added.

Upon her return from India, Hadar had chosen to move to Bat Ayin in Gush Etzion to study in the Zohar seminary. “You were afraid of the security situation. I told you it would be OK. I did not know that God had other plans,” he said.

Her friend Iska said that she could not believe a terrorist was able to extinguish Hadar’s beautiful spirit. She recalled how she would start her day with a “huge smile of optimism and love.” “You were a lioness in the midst of battle. Your life was never simple, but you never gave in to sorrow or pain. You always pushed forward. You were a true friend,” Iska said.

Her brother Zohar asked how such a bright light could have been "killed in cold blood.” "I can't believe I am speaking of you in past tense, he said. Tal, whose family had adopted Hadar during her national service in the Lower Galilee, said they had imagined that they would be with Hadar through all the different phases of her life. They imagined they would attend her wedding, meet her future husband, and that she would visit them with her children.She recalled how Hadar had sat in her kitchen just a few weeks ago to describe in glowing terms her trip to India. But as it turns out, your time here had ended, Tal said. "We will love your forever, no one will take you from us."
Advertisement
Subscribe for our daily newsletter