Handful of actors arrived in the Holy Land for week-long trip. 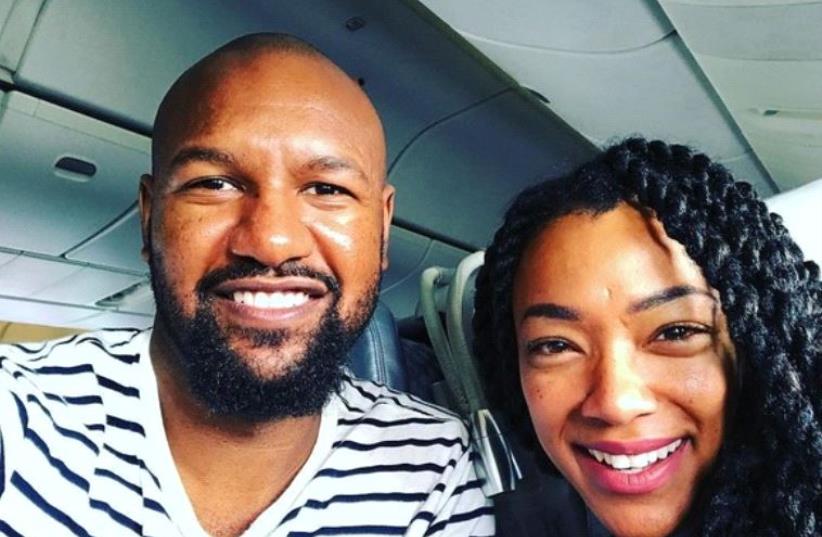 Sonequa Martin-Green and husband Kenric Green of 'The Walking Dead' on their way to Israel
(photo credit: INSTAGRAM)
Advertisement
A pair of actors from the hit television series The Walking Dead were visiting Israel with a group of Hollywood types this week. Among those visiting were Sonequa Martin-Green, who portrays Sasha on the AMC series and her husband Kenric Green, who plays Scott in the show's sixth season.

So excited!!!!! ❤️ #Repost @iamkenricgreen ・・・ About to take off to Tel Aviv with this woman @therealsonequa Very excited for what @amvoicesinisrael has planned. So grateful for the experience ahead. See you all in 2017! #amvoicesinisrael
A photo posted by Sonequa Martin-Green (@therealsonequa) on Dec 27, 2016 at 1:53pm PST

Leaving my prayer in the Western Wall of #Jerusalem. Hope it's not too late. ☮️❤#AmVoicesInIsrael
A photo posted by Daniel Dae Kim (@danieldaekim) on Dec 27, 2016 at 7:23am PST


The trip was said to have been orchestrated by America's Voices in Israel, a group that organizes week-long visits to Israel for prominent media personalities, journalists along with religious and political leaders particularly from the Latino and African-American communities.