“The seven Hasmonean fortresses in the desert are under daily attack by antiquities robbers."

By DANIEL K. EISENBUD
SEPTEMBER 13, 2017 18:41
The scene of the 'Skull Cave' discovery (Credit: Moshe Guttman)
Advertisement
Tomb raiders recently destroyed human skulls and skeletal remains buried in a mysterious cave near the ancient Hasmonean fortress of Horkania in the northern Judean Desert between Jericho and the Dead Sea.The fortress, believed to have been constructed around 120 BCE by its namesake, John Hyrcanus, was one of seven ordered built by King Herod to protect the eastern border of the Judean Kingdom from the Edomites and other enemies.During the Byzantine period, a monastery was built on the ruins by monks, whose bodies were buried in the cave, which was only recently identified and has not been excavated.Shattered skeletons, shovels, cigarette butts, coffee cups, and a net used to filter the dirt were found in the desecrated cave by members of Preserving the Eternal, a local consortium founded one year ago by volunteers who seek to protect such sites. 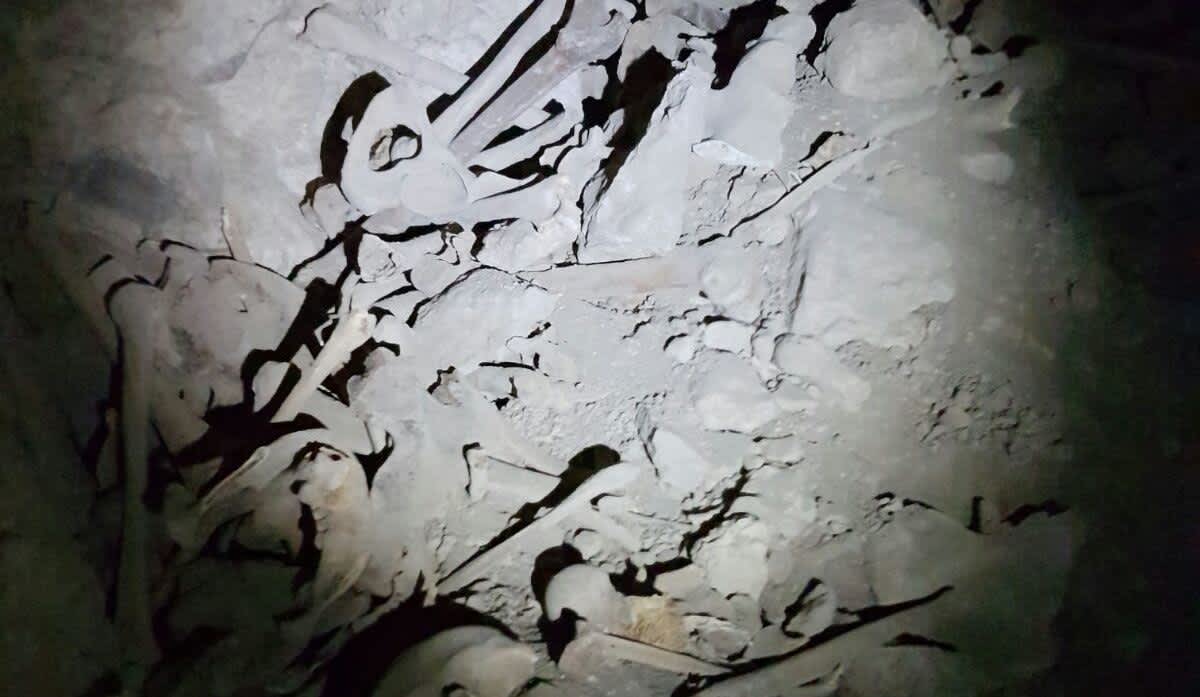 The damaged skeletons (Moshe Guttman)Moshe Guttman, one of the group’s leaders, was the first to discover the carnage.Noting that the vast majority of archeological sites in Israel are routinely robbed by thieves hoping to sell valuable relics on the black market, he emphasized that “Jewish history in the Judean Desert does not end at Masada.”He warned: “The seven Hasmonean fortresses in the desert are under daily attack by antiquities robbers, and the Civil Administration [of Judea and Samaria] does almost nothing to prevent this, so every person who wants to preserve culture and science – regardless of his political opinion – must cry out to prevent this chaos.”Yishai Hamo, of the Regavim Movement, echoed Guttman’s sentiments, adding that the destruction of the cave is only one example of a widespread and systematic phenomenon that the government must take action to prevent.“The Israeli government must allocate [a budget for] additional supervision positions, launch rescue operations and update the existing antiquities law in Judea and Samaria to Israeli law in order to provide a real response to chaos in the field,” he said.