US and Israel defense ministers meet to discuss 'Iran, Iran and Iran'

Liberman said that three central problems facing the two countries and that must be dealt with were "Iran, Iran and Iran." 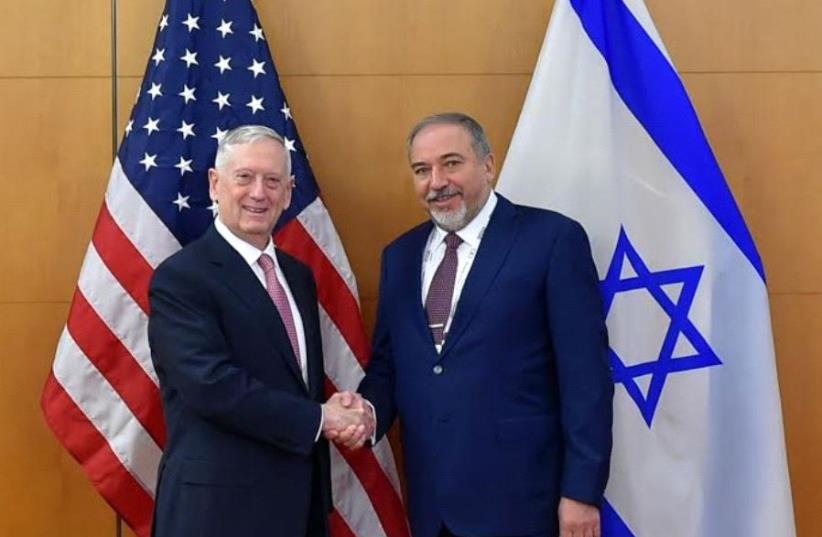 Defense Minister Avigdor Lieberman with his American counterpart Gen.James Mattis.
(photo credit: DEFENSE MINISTRY)
Advertisement
Defense Minister Avigdor Lieberman met with his American counterpart Gen.James Mattis on Friday in Munich for the first time since Mattis assumed his position as Secretary of Defense.During the meeting, the two discussed several matters, with Iran first and foremost among them. A statement released by Liberman’s office said that the three central problems facing the two countries and that must be dealt with were "Iran, Iran and Iran."Lieberman stated that there is a “need to build a genuine and effective coalition” to deal with the terrorism that Tehran was spreading throughout the world, including the development of ballistic missiles and its continued attempts to develop nuclear weapons.Israel’s Defense Minister also stated that North Korea and Iran were “two ends of the axis of evil that also includes Hezbollah and the Assad regime and Iran is the common thread.”Mattis and Liberman agreed that they must act decisively against Iran, Liberman’s office reported.During their meeting, the two also discussed other security issues related to developments in the Middle East and ways to strengthen cooperation between Washington and Jerusalem in dealing with them.The two concluded the meeting stating that the two countries are “true allies” and that “they will continue to work together to maintain common interests of the two countries” and agreed to meet again soon.Liberman and Mattis have previously spoken only by phone.