An unlikely trio: Israel, Hamas and Egypt align against ISIS in Sinai

Last week, Hamas deployed several hundred fighters along the Gaza-Sinai border together with Egypt to prevent ISIS fighters in the region from breaching the coastal enclave. 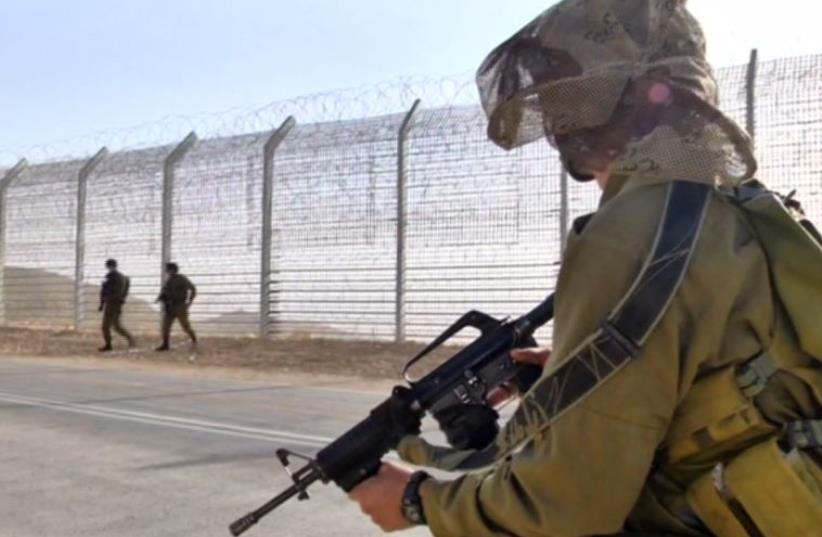 Israel ups security level along Egypt's Sinai border
(photo credit: screenshot)
Advertisement
Israel, Hamas, and Egypt have aligned their strategies and formed an unlikely alliance against the Islamic State in Sinai, who are planning increasingly sophisticated and daring attacks in the region, The Washington Post reported on Sunday.Islamic State's Egyptian affiliate, referred to as Wilayat Sinai, is well equipped with weaponry and has been plotting more sophisticated attacks since taking responsibility for the October bombing of a Russian charter plane which killed all 224 passengers aboard. Additionally, the group consistently carried out attacks against Egyptian soldiers, bombarding military outposts and planting roadside bombs in the vicinity. “They have genius strategists,” said Mohannad Sabry, an Egyptian journalist and author of a book on Islamist insurgency in the Sinai. “If you study the map of their attacks, they obviously know what they are doing exactly, and it shows that they have a great deal of freedom of mobility."Last week, Hamas deployed several hundred fighters along the border between Gaza and the northern Sinai as a precautionary measure together with Egypt to prevent ISIS fighters in the region from breaching the coastal enclave. Hamas has also, for the first time, set up military checkpoints and border patrols along the frontier border with Israel, according to AFP.Growing concern of threat from the Egyptian terror group has led to the greatest cooperation between the militaries of Egypt and Israel since both nations signed a peace agreement in 1979. In recent months, Israel has tightened security and built a new barrier along the Israel-Egypt border, after reports from sources close to the militant group have claimed to be planning attacks against Israel in the south. Prime Minister Benjamin Netanyahu praised the security coordination between Egypt and Israel, saying that without increased security efforts “we would have been overflowed by thousands of ISIS fighters from Sinai.”Egyptian intelligence agencies have struggled to infiltrate the secretive militant group, Israeli military officials and Egyptian activists in the Sinai have said. Israel is particularly concerned that the militants could target multinational peacekeeping efforts that maintain peace between Egypt and Israel along the Sinai border.“Like anywhere, they [peacekeeping forces] could be considered a potential target,” said Lt. Col. Yaron Malka, the deputy commander of Israel’s Saqi Brigade that defends Israel's border with Sinai. Israel and Egyptian officials have been wary of Hamas' relationship to Sinai militant groups, and suspect that Hamas used smuggling tunnels to allow fighters from Sinai to use the Gaza Strip as a safe haven. Israel says that Hamas has smuggled arms from Sinai groups to the Gaza Strip, with some groups allegedly tied to ISIS. Hamas has denied ties to the terror group, saying it has no sympathies to the Islamic State.