Hezbollah has been a key ally of Syrian President Bashar al-Assad during the six-year conflict. 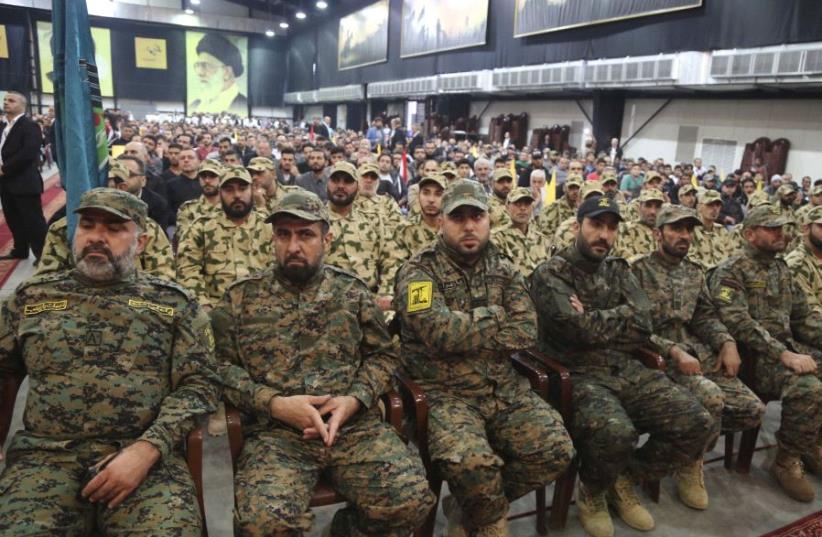 Hezbollah
(photo credit: REUTERS)
Advertisement
BEIRUT - The leader of Lebanon's Hezbollah, Sayyed Hassan Nasrallah, said the Shi'ite group would fight in the coming assault on an Islamic State pocket on the country's border with Syria, which he said would begin within a few days.The Lebanese army will attack Islamic State from the Lebanese side of the border while Hezbollah and the Syrian army will simultaneously attack it from the Syrian side, Nasrallah said in a speech broadcast live on television."The Syrian front line against Daesh will be opened, and the Syrian army and Hezbollah will be there," he said.He said Islamic State fighters in the enclave, who hold Lebanese captives, still had a door open for negotiations and could avoid a battle.Hezbollah has been a key ally of Syrian President Bashar al-Assad during the six-year conflict, fighting alongside the Syrian army against rebels including hardline Sunni Islamists.A Hezbollah offensive last month forced Nusra Front militants in an adjacent enclave on the border to depart under an evacuation deal for a rebel-held area in northwest Syria.The Lebanese army did not take part in that offensive, but has been widely expected to lead the attack against the Islamic State pocket. Nasrallah emphasized that the assault inside Lebanon will be the army's responsibility.The presence of the militant enclaves on its border has represented the biggest military spillover of Syria's civil war into Lebanon.More than a million Syrians have also sought refuge in Lebanon, putting strains on the economy and services, and in his speech Nasrallah said it was time for Beirut to discuss their situation with Damascus.Thousands of refugees traveled to rebel-held northwest Syria alongside the Nusra fighters who left the border area after Hezbollah's assault.