Through arson, operatives can "impose terror on an entire country," the terror organization boasted. 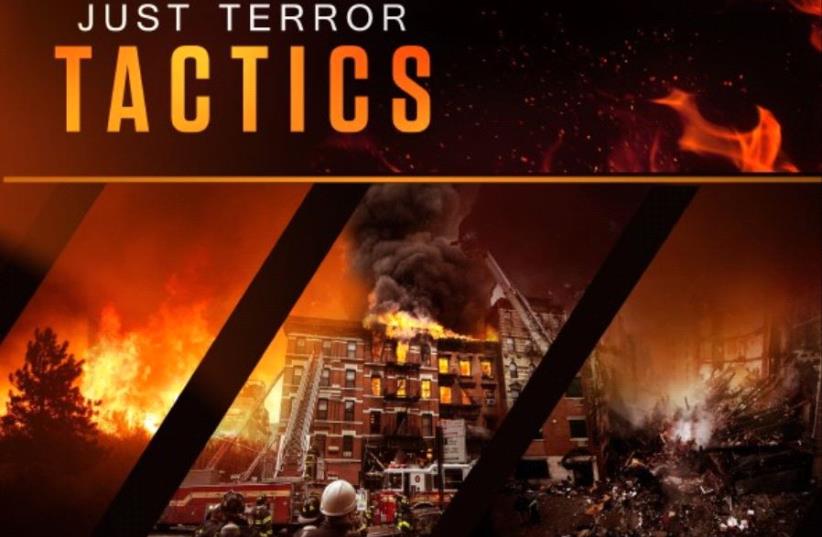 Image from issue 5 of Isis's Rumiyah magazine.
(photo credit: ARAB MEDIA)
Advertisement
Although the jury is out in Israel about how much of November’s wave of blazes was caused by terrorists, Islamic State in its latest English language magazine called on supporters to commit arson in the spirit of “devastating fires that ravaged Jewish settlements in Palestine.”In the January 6 issue of ISIS’s monthly print publication, Rumiyah (meaning Rome, in a reference to an Islamic prophecy that foretells the downfall of Rome in the broader sense of infidels battling Muslims), an article titled, “Just Terror Tactics” cited the November 22-27 flames as an example of the effective use of fire for terrorism.Through arson, operatives can “impose terror on an entire country,” the Sunni Islamist organization stressed.“The whole world witnessed the devastating fires that ravaged Jewish settlements in Palestine, destroying around 700 Jewish homes,” the article said.This is ISIS’s description, though the Shin Bet (Israel Security Agency) has questioned only about 10 suspects, with some still being interrogated, and additional suspects having been interrogated by police.The few indictments that have been filed regarding November’s events have either been ambiguous about whether the motive was terrorism, or the fires in question were minor and not connected with the major conflagrations in Haifa or elsewhere.
Fires in Israel
Recognizing at the very least that some of the arsonists were not terrorists or ISIS followers, ISIS’s magazine said, “Irrespective of the motive, this deliberate act of destruction demonstrated the lethality [sic, as no one died in November’s fires] of such an effortless operation.The attacks likewise demonstrate that with some simple and readily accessible materials (i.e. flammables), one can easily terrorize an entire nation. This is just a quick option for anyone intending to join the just terror campaign.”In addition to English, Rumiyah is published in French, German, Russian and other languages.Recruits should target “ideal locations” such as “houses and apartment buildings, forest areas adjacent to residential areas, factories that produce cars, furniture, clothing, flammable substances etc., gas stations, hospitals, bars, dance clubs, night clubs, banks, car showrooms, schools, universities, as well as churches, Rafidi [rejectors’] temples, and so forth,” the article explained, in a reference to Shi’ite mosques.Detailed instructions on how to make various types of firebombs were then provided, with the admonition that “Molotov cocktails are infamous for wreaking destruction with minimal effort and can be useful in an extended arson campaign... Because many flammables are part of everyday living, arson attacks are extremely difficult to prevent.... of course the gasoline can be acquired from any local gas station... this procedure should not arouse any suspicion, as it is quite common.... especially when obtaining gas for a lawnmower.”To maximize the chances of the fire spreading, ISIS suggested that “due to the fast rate at which gasoline burns away, it is better that one transforms the contents of his Molotov cocktail into a sticky, long-burning napalm solution, to ensure – by Allah’s permission – that the intended target properly catches fire. 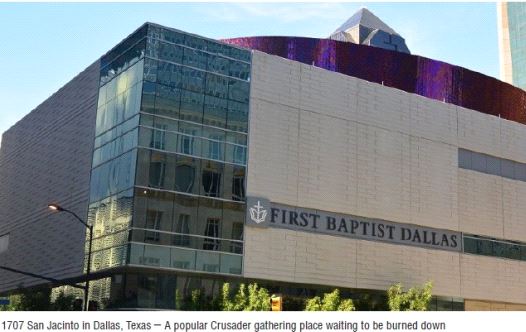 “All that is required are pieces of polystyrene, which is commonly found in boxed packaging of children’s toys and household appliances or in the form of foam cups used for hot coffee at donut shops,” said the article.The authors suggested would-be arsonists commit the act late at night, when people are likely sleeping, and to identify exits from the target building so they can “increase the likelihood of killing or severely injuring those inside.”Terrorists were cautioned against pouring fuel directly onto fires, as it would endanger the arsonist.The magazine pointed in admiration to a recent fire in Russia that destroyed a three-story furniture factory and an adjacent chemical factory, “causing great financial losses for the Russian Crusaders.”