General Qasemi, a crony of Iran's supreme leader, urged the annexation of Bahrain to Iran, explaining that "Bahrain is an Iranian province that was detached from Iran due to the colonialism." 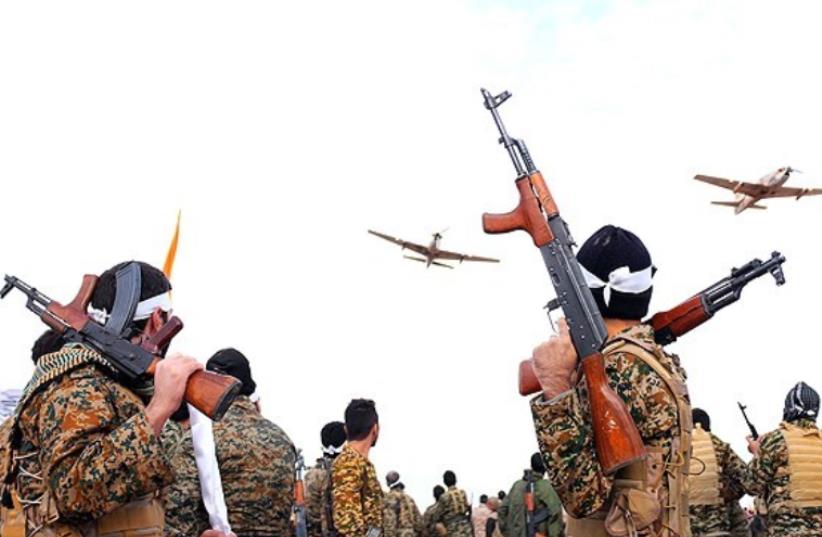 Thousand of Basij soldiers stage mock seige of Temple Mount in Iran
(photo credit: FARS)
Advertisement
General Saeed Qasemi, a Revolutionary Guards commander and the commander of Ansar Hezbollah, a paramilitary conservative Islamic group in Iran, has demanded that Iran annex Bahrain, the Revolutionary Guard-affiliated news agency Tasnim reported Sunday.Speaking at a forum in the city of Bushehr, Qasemi urged the annexation of Bahrain to Iran, explaining that "Bahrain is an Iranian province that was detached from the Islamic Republic of Iran due to the Western colonialism.""Iran must make efforts to bring Bahrain back into Iranian territory and transform it into a part of Bushehr province," Qasemi further stated.General Qasemi was a senior commander during the Iran-Iraq war that erupted in September 1980, and is also considered a crony of Iran's Supreme Leader, Ayatollah Ali Khamenei. Similar declarations regarding the dire need to annex Bahrain to Iran are recurrently voiced by senior Iranian officials. While Sunni-ruled Bahrain specifically, and Iran's opponents in the Arab world generally, consider such declarations as evidence of Iran’s expansionist policy, Iranians view them merely as "historic justice." In November 1957, while Bahrain was under pro-Britain Al-Khalifa rule, Iran declared Bahrain to be its 14th province. However, Britain was not ready to forgo its hold on this strategic province, and in order to resolve their dispute, Iran and Britain agreed on a UN referendum to decide whether the state would remain part of Iran or gain independence.Bahrain won its independence in the referendum conducted in August 1971. It was a result of a British de-Iranization policy aimed at emptying Bahrain of its Shi'ite population by changing the demographic features of the province and importing British settlers into Bahrain.Today, Bahrain is an important ally of Iran's greatest rival, Saudi Arabia, and it consistently implements anti-Iranian policy, following the Saudi kingdom. For example, last week, shortly after the Saudi Interior Ministry released a statement announcing that Hezbollah supporters will be deported from the state, Bahrain followed suit and deported dozens of "Hezbollah-affiliated" Lebanese.