Autonomy in preventing the ‘aguna’ problem

Get-refusal can affect a man or a woman. 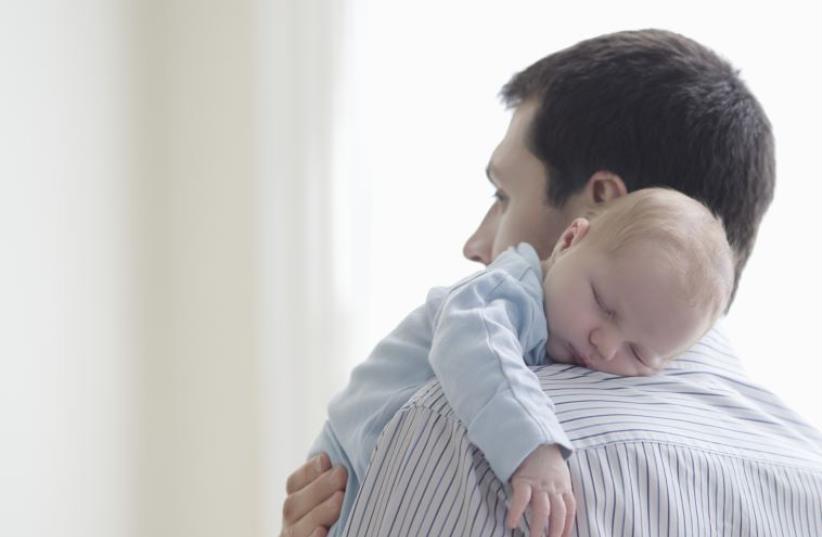 A father holds his child [Illustrative]
(photo credit: INGIMAGE)
Advertisement
For decades Orthodox laypeople have turned to the rabbinical establishment, demanding a solution to the problem of the aguna – the Jewish woman chained to her marriage due to her husband’s refusal or inability to grant her a “get.” The problem is so multi-faceted from the point of view of Jewish law that in actuality, there is no single magic bullet. A full range of solutions must be developed and accepted within Jewish law – the halacha. As of late, there have been slight improvements in the attitude of the Israeli Rabbinical Court – but no solutions have been forthcoming (as was elaborated in these pages January 12, 2018).
This “Aguna Day,” will be marked on the Fast of Esther, March 20, 2019, attention must be called to the available solutions which can be put into place in an autonomous fashion. Each individual can and should exercise his and her autonomy in taking measures, within Jewish law, meant to prevent the state of a get-refusal (which can affect a man or a woman) or the aguna. By using common sense and independence of thought one can protect himself, herself and family members from the catastrophic effects of the aguna phenomenon. This can be done while waiting for the wheels of rabbinic law to turn, but without necessarily needing express rabbinic approval.
The prenuptial Agreement for Mutual Respect (in Hebrew: Heskem L’kavod Hadadi) for the prevention of get-refusal is signed in an autonomous manner. This prenuptial agreement is anchored in both the Halacha and in civil law, developed by a team of rabbinical scholars in consultation with experts in a variety of fields, and with the approbation of leading rabbis. Thousands of couples have signed the premarital form over the past two decades. One may sign this agreement in a self-directed approach, or can choose to consult with a rabbi. What is crucial to note is that one does not need the approval of any authority figure to sign the document before the marriage, or to implement it in an unfortunate time of need during the marriage. Both are autonomous decisions that are in compliance with Jewish law. The Agreement for Mutual Respect has been proven to save women or men from their husband’s or wife's get-refusal even without resorting to its enforcement. Just being reminded of its existence has brought the recalcitrant husband to arrange a get in the Rabbinical Court. One young woman, whose mother compelled the couple to sign, saying that otherwise there would be no wedding, declared to her friends: “This agreement saved me!”
Although the problem of the classic aguna – whose husband has disappeared or is incapable of a legal action – is less prevalent, it is a more difficult hurdle to overcome. To date, there is no prenuptial solution that has been proven to be effective in resolving the situation. In fact, much rabbinic controversy swirls around the variety of suggestions such as conditional marriage, the issuance of a conditional get or the issuance of a rabbinic ordinance. Nevertheless, there is one document which takes all of the various objections into account and combines several preventative solutions in one package. Rabbi and Professor Michael Broyde compiled The Tripartite Agreement (in Hebrew: Heskem Hachut Hameshulash) which uses the strengths of each of the mechanisms included, to compensate for the other’s weaknesses in a halachic manner. This document is to be signed at the wedding, directly prior to the ceremony and can be done autonomously. While the decision to do so is an independent one, it is done with the hope that if God forbid a disaster would strike and the wife would fall into the category of an aguna, the Rabbinical Court would be able to rely on the halachic mechanisms within to free her from that state. Hundreds of couples who marry in an Orthodox ceremony have signed this preventative solution both in the US and in Israel, understanding that they must do everything in their power to protect those they love.
All marrying couples should exercise their autonomy in taking steps to protect themselves, thus increasing trust between spouses. Moreover, when a prenuptial agreement for the prevention of a get-refusal or the aguna is signed, it is not only the individual couple who is protected. That very couple serves as a shining example of thoughtful, mature adults who assume the responsibility for their own lives, both to their peers and to society as a whole.
The writer is the director of the Agunah and Get-Refusal Prevention Project of the International Young Israel Movement in Israel and the Jewish Agency (iyim.org.il/prenup). She holds a PhD in rabbinic law and is the first female rabbinical court advocate to sit on the Commission for the Appointment of Rabbinical Court Judges.