Defending Jerusalem as a ‘real ecosystem’

Cognitive dissonance is alive and well in the Israeli business press, particularly as it pertains to Jerusalem. 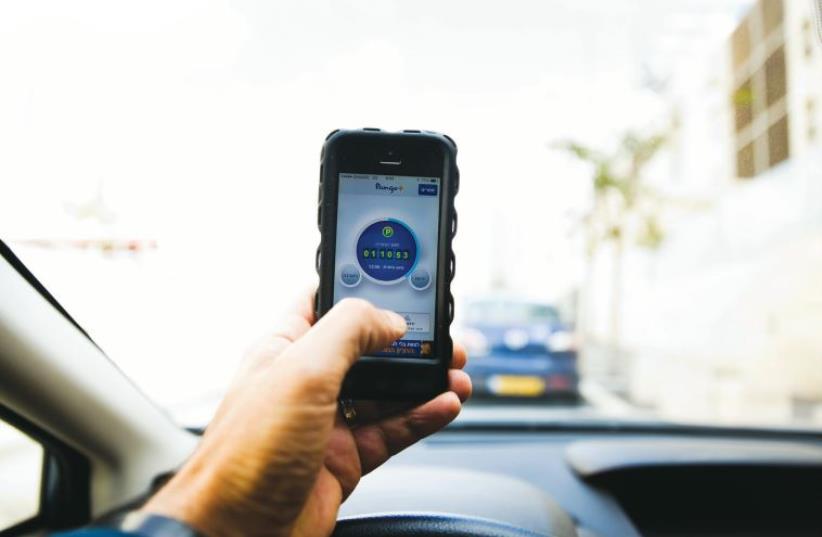 PANGO, an Israeli parking app, is seen on a smartphone in Jerusalem earlier this year. A band of young entrepreneurs, policy makers and investors are starting to change the Jerusalem ecosystem and bring it in line with Tel Aviv as a modern, hi-tech hub.
(photo credit: REUTERS)
Advertisement
In a recent edition of Calcalist, Meir Orbach has penned a eulogy for what he describes as the Israeli government’s failed attempts to incentivize and otherwise cajole companies to build and hire in areas outside of Tel Aviv. He cites as evidence two recent cases of large multinationals fleeing to the center – PayPal’s decision to shutter its Beersheva office and IBM’s decision to eliminate 75 Jerusalem-based jobs (in both cases those employers electing to consolidate their work force into a central location closer to Tel Aviv).Orbach interprets these moves as obvious indications of a broader “failure to thrive” on the part of “periphery” business districts like Beersheva and Jerusalem. In his headline he explicitly describes Jerusalem (and other areas) as not having “real ecosystems.” He calls out the “city elders” of Jerusalem, prophesying that if they want to see big buildings spring up in Jerusalem akin to those in “the State of Tel Aviv” like Migdal Hashachar or Azrieli Sarona, they will need to take action and change the city’s course.Jerusalem is not a perfect job or business market but Orbach has blinded himself to the directional trends in the city. I do not know him personally so I can’t tell whether to chalk this blindness up to classical Tel Aviv elitism or simple lack of awareness. I’ll give him the benefit of the doubt and illustrate why Orbach’s analysis is wrong, and ironically so.In his piece Orbach mentions only in passing Mobileye, the Jerusalem-based computer vision startup that was acquired earlier this year by Intel for a whopping $15.3 billion. Mobileye’s acquisition represents the largest Israeli tech “exit” in history – by the way, surpassing Israel’s previous largest tech acquisition, which was not Waze but another Jerusalem-based startup, named NDS, acquired by Cisco for close to $5b. in 2012. After Mobileye’s acquisition, the company and its new parent publicly committed to hire thousands of new employees in Jerusalem, and announced plans for a giant building complex in Jerusalem. I’m not sure I agree that healthy ecosystems are measured by large buildings but Orbach apparently believes so, and Jerusalem’s “city elders” are in fact going to get the large buildings he wants them to have.Perhaps even more significant to the argument than Mobileye, which could be (and regularly is) dismissed by Jerusalem- bashers as a “one-hit wonder,” Orbach is apparently unaware of Jerusalem’s resurgence and growth as a broader startup hub and a “real ecosystem.” The very day after the Mobileye/Intel acquisition was announced, Startup Compass, an independent research body based in Europe, released its annual data-driven “startup ecosystems” census and Jerusalem broke into the rankings for the first time, debuting as one of the largest 30 startup ecosystems worldwide (Tel Aviv fell to sixth).There are literally hundreds of young startups in Jerusalem, employing thousands of people. The Jerusalem startup ecosystem, still poorly understood, is one of the most creative, diverse and cosmopolitan ecosystems in the world (Startup Compass’ words, not mine, though I fully concur). The growth of Jerusalem’s tech scene far offsets any unfortunate but temporary loss of jobs such as those 75 shifted away by IBM.I understand that a “sky is falling” headline sells papers, or clicks, or whatever the journalistic currency is these days. But I’d urge Orbach to take his passport, cross the border of the “State of Tel Aviv” into what he believes is the declining desert of Jerusalem’s business district. We’ll show him around for the day, have him see for himself the vibrant, and growing, technology scene in the capital of the startup nation. I’ll be happy to personally lead that tour. And we’ll eagerly anticipate his follow-up article celebrating the ancient city’s amazing tech renaissance. I’m sure that article will attract attention too, and it will be closer to the truth.The author is managing partner of Jumpspeed Ventures, a venture capital firm that invests exclusively in software startups from Jerusalem, and also serves on the board of Made in Jerusalem.