Obama will continue to prick at Israel, Trump will reaffirm the Bush letter, Putin may peel away from Iran and Netanyahu will prevail. 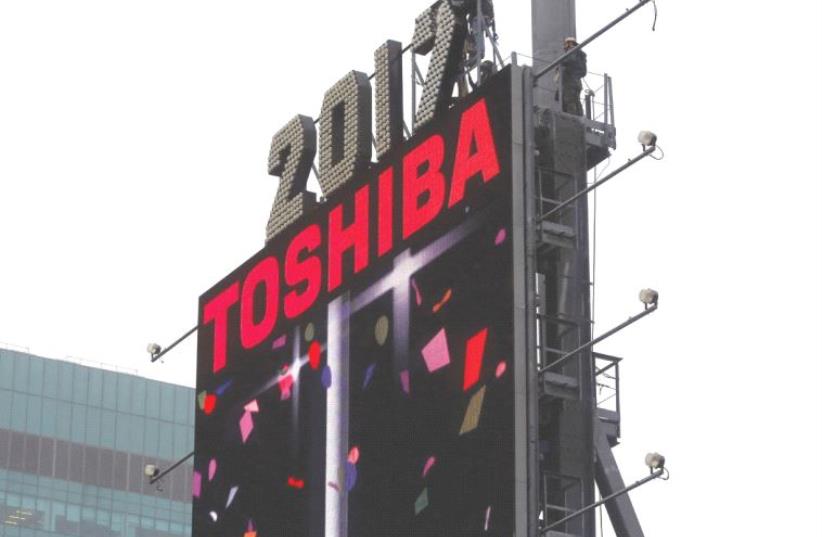 WORKERS PREPARE the New Year’s Eve numerals above a Toshiba sign in Times Square in Manhattan.
(photo credit: REUTERS)
Alas, my crystal ball has been working well in recent years, accurately anticipating the troubles before Israel.

US President Barack Obama: Two years ago, I impeccably predicted in these pages that Obama would cut a grand nuclear deal with the Iranians at Israel’s expense.One year ago, I forecast that Obama would sandbag Israel with a “December surprise” – a hostile UN Security Council resolution in the seam zone between the presidential election and inauguration of a new president.I also guessed correctly that Obama would never mention the words Islam and terrorism in the same sentence; not even once, right down to the dying days of his sad eightyear tenure.Looking ahead, I sense that Obama will continue to ride on Israel’s case. He is young and angry, petulant and unrepentant, and a true believer in Palestinian and Iranian rights and in his own prodigious powers.The presidency of the United States was just a stepping stone, in his view, toward real global clout. Obama will remain a thorn in Israel’s behind, and surely in the side of his successor, President-elect Donald Trump, too.Watch for a series of revelatory Obama interviews with The Atlantic’s Jeffrey Goldberg, in which Obama undiplomatically pours out his wrath on Prime Minister Benjamin Netanyahu and further delegitimizes Israel, while repeatedly referencing the “legacy of Shimon Peres” as cover for his contempt.US President-elect Donald Trump: I was wrong to dismiss Trump’s candidacy for president as hopeless, but right to suggest that moving the US Embassy to Jerusalem was a realistic possibility. Now it will happen.I don’t think that the Trump administration will sanction Israeli annexations in Judea and Samaria, but it can quietly greenlight renewed Israeli building in the greater Jerusalem region, including E-1, along the lines of the “Bush letter” understandings of 2004.Equally important, Trump will reject the Obama administration’s obsessive and false narratives about Israeli settlement construction being illegal, massive and the main obstacle to peace. And he will acknowledge the plain reality that the status quo in Judea and Samaria is the least-worst option in the medium term.On another front, I doubt Trump will throw the UN out of New York or cut its funding, despite Republican threats to do so. As the late, great Ed Koch once said of the UN: Every city needs a cesspool.

PA President Mahmoud Abbas: I was wrong in predicting last year that Abbas would finally resign from his dictatorial perch in the Palestinian Authority. But I am confident in calculating that even if he does so this coming year, the PA won’t collapse.That’s because there is no precedent in business or international affairs of anybody just walking away from a $3 billion enterprise.More than 200,000 Palestinian families in the West Bank – one million people – are dependent on PA salaries and pension plans, paid by the international community and essentially buttressed by Israeli bayonets.Thus PA’s autocratic rule is the default and preferred paradigm for much of the Palestinian political elite (and for Israel). This gives lie to the PA’s threats to dissolve itself. Such threats are simply not credible.Keep one more thing in mind: It is only ongoing invasive and pervasive security activity by the IDF that keeps the PA alive.Without this, there isn’t a shred of a doubt that the PA would fall to Hamas rule within a matter of weeks. And then Jerusalem and the Gush Dan heartland would be under assault from the strategic heights of Judea and Samaria. This is a reality that all those who still hanker for rapid establishment of a full-fledged Palestinian state prefer to ignore.Russian President Vladimir Putin: My analysis of the situation in Syria going back two years remains prescient. While Russia and Iran share an interest in stabilizing the Assad regime, Putin has no reason to provide cover for Iranian and Hezbollah operations against Israel.Thus careful Israeli maneuvering, for which Netanyahu deserves credit, has driven enough of a wedge between Russia and Iran to preserve Israel’s freedom to operate against terrorist operations over the northern border.The big question looking ahead is this: As Trump moves towards a strategic entente with Putin (with China as their common adversary), can Trump peel the Russians away from Iran and secure Putin’s cooperation in checking Iran’s hegemonic troublemaking across the Mideast? I’m betting on this.Perhaps Putin will win the Nobel Peace Prize for bringing “stability” to Syria. After all, Obama won the prize for doing nothing at all.Prime Minister Benjamin Netanyahu: He will overcome all pesky and petty investigations into his finances. Challenges to his Likud leadership by Gideon Sa’ar and Moshe Ya’alon will come to naught. His governing coalition will hold firm too.However, Netanyahu will find it increasingly difficult to square the circle diplomatically, even with Trump in the White House.It will be hard to strengthen Israel’s hold on Jerusalem and the settlement blocs, and assert Israel’s rights on the Temple Mount (he should do both!), while fending off lawfare in the ICC and other forums.Unless and until Netanyahu adopts a real discourse of Israeli rights in Judea and Samaria (historical, religious and national), and not just talk about its security needs, Israel will continue to lose ground internationally.

Justice Minister Ayelet Shaked and the Supreme Court: The justice minister will emerge as a most consequential figure this year, as she moves to appoint four new Supreme Court justices with a conservative tilt, along with 70 other lower-court judges.She appointed 100 judges last year with an emphasis on judiciary restraint.This is an important corrective to the massive slide in recent decades of the judiciary to the far-liberal side of Israel’s political-cultural map.Examples of the court’s over-intervention includes the decision in March of this year to nullify the government’s framework deal with companies that own and operate Israel’s offshore natural gas fields, and its recent irrational ruling on Amona. (There was definitely a reasonable legal path regarding Amona that did not require blind acceptance of dubious Palestinian land claims and the wholesale eviction of Israeli residents.) This coming year, there is a danger of destructive Supreme Court intervention in the government’s policies for integration of haredim (ultra-Orthodox) in college study.Secular academic fanatics are challenging the Council of Higher Education’s allocation of tens of millions of shekels to support establishment of gender separate tracks for the ultra-Orthodox at Israeli universities.Such tracks are absolutely necessary if haredim are to be drawn into the modern workforce.The court had better back off.The Labor Party: Neither Isaac Herzog, nor Amir Peretz, Erel Margalit or Shelly Yacimovich will be elected party leader in July.I’m betting on Tel Aviv Mayor Ron Huldai.

Israel: At 8.6 million strong, sizzling with creativity, Israel will continue to be envied far and wide. All in all, it is a great place to live, especially in comparison to the crumbling Arab Middle East states in this region or the fading countries of Europe. Israel’s economy is strong, its technological edge formidable, its security forces vigilant, its democratic culture healthy, its faith vibrant, and its grit undiminished.This, despite misanthropic, spiteful and ephemeral speeches about Israel’s isolation and supposedly unsustainable policies.