We all speak English, so what’s the problem?

Israeli companies made 61 exits for a total of $4.9 billion in 2018. These are staggering numbers, evidencing the success in fields such as life sciences, vehicle security and various hi-tech fields. 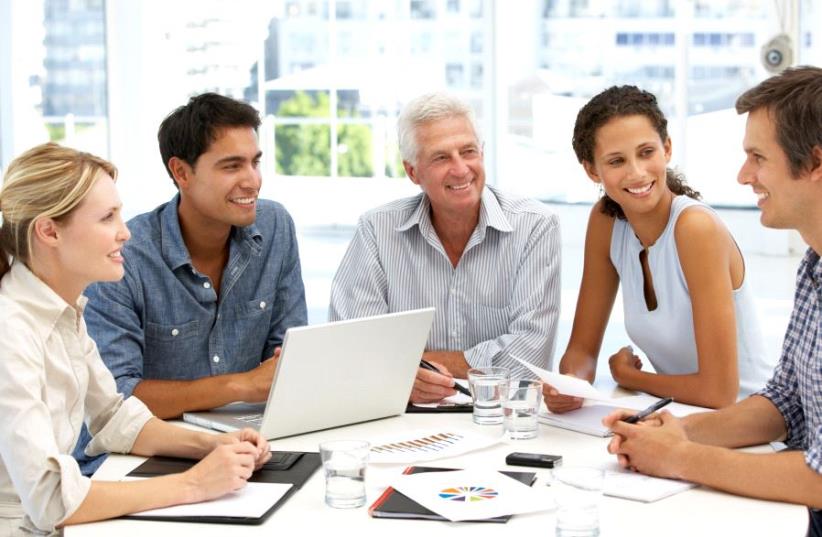 Business meeting (stock photo)
(photo credit: ING IMAGE/ASAP)
Advertisement
Israeli companies made 61 exits for a total of $4.9 billion in 2018 (PwC Annual report). These are staggering numbers, evidencing the success in fields such as life sciences, vehicle security and various hi-tech fields. Furthermore, the Israel Export Institute and the Economy Ministry claim that $100b. exchanged hands in 2017 for export of services and products whereby Israel exported 35% to the European Union, 25% to the US and 18% to Asia.
Negotiations are the cornerstone of most business interactions, and knowing how to navigate in this global market is essential. Research shows that deal-making across cultures tends to lead to worse outcomes as compared with negotiations conducted within the same culture (Harvard Business Review). The reason is primarily that cultures are characterized by different behaviors, communication styles and norms. As a result, when negotiating across cultures, we bring different perspectives to the bargaining table, which in turn may result in potential misunderstandings.
After losing an important deal in China, an Israeli medical device company learned in hindsight that its Chinese counterpart would have appreciated a slower pace with more opportunities for relationship building. Furthermore, the efficient concept of time, valued in Israel, became a hindrance in China, as the focus should have been identifying the Chinese counterpart’s pace and hesitation to move forward early in the process. These two cultures have different views on how to conduct negotiations, which in this case prevented a successful outcome.
Being aware of the following will help Israelis negotiate effectively across cultures.
• Win/Lose
All negotiations generally fall into two categories: Collaborative (win-win) or competitive (win/lose). Israelis negotiate with a zero-sum mentality, meaning “winner takes all.” This attitude will be in conflict when negotiating with the Chinese, as they are also win/lose negotiators, especially with foreigners. Therefore, it is important to be flexible and begin by establishing a relationship. Once a relationship is established, the win/lose situation turns into a win/win for both sides.
Canadians, on the other hand, aim for a win-win outcome, whereas Israelis are known for holding out on information in the negotiation process. This kind of tactic might be viewed by the Canadians as “dishonest,” as they expect information sharing and problem-solving to lead to gains for both parties.
• Selection of negotiators
In Israel, emphasis is given to competency, experience and qualifications. Negotiating with Indians is very different. Coming from a hierarchical culture, Indians might not possess the same level of knowledge, but are selected based on their status, rank or age. As an Israeli driving for decisions, find out if the Indian negotiator has the authority to make decisions, since in hierarchical cultures, decisions are made by others, and usually not at the negotiation table.
• The importance of protocol
Israel is a very non-formal culture, and protocols are not part of our daily business culture. That said, if we desire to negotiate with the Asians who tend to attend meetings in groups, using a strict protocol as to who speaks and when, we need to make sure our group is similar in size and rank, and let them know who will be attending and the rank they hold. Furthermore, we don’t pay attention to seating arrangements, but when negotiating with the Japanese, we need to be mindful and copy their seating style. In Japan, the most senior person will sit down first, and others will be directed to their seats. Nobody sits before the leader, and nobody speaks (other than small talk) before the leader opens the meeting.
• Communication style
Israelis are direct communicators. They don’t talk in circles, and expect others to be clear in their style of communicating as well. This might be challenging when negotiating with the Asians, whose communication style is ambiguous, and where non-verbal communication has meaning. When an Israeli does not like a proposal, he will say so directly, whereas Asians value harmony and avoid confrontation. They will not flatly turn down a proposal, as this causes both sides to “lose face.” Therefore, “yes” or “no” will be better interpreted through face-to-face negotiations and body language rather than through virtual channels.
• Israelis welcome risks
The concept of risk is critical in understanding negotiations. Israelis are very comfortable with taking risks. We don’t always need the full picture to move forward. That is part of our “Start-Up Nation” success, but not all countries feel the same about risk taking. Germans, for example, are generally risk-averse. When negotiating with Germans, make sure to research the German market, provide facts and figures, and answer detailed technical questions, as the Germans value knowledge and thoroughness. Last, Germans don’t appreciate manipulative tactics; decisions are made based on facts, past performance and future projections.
• Conference table
or dinner table?
Doing business in Latin America, a relationship-oriented culture, you need to build trust and reinforce your personal commitment to a successful outcome. Expect negotiations to take time. Be prepared for meals and extensive relationship-building over several visits. On the other hand, negotiating with North Americans, where the bottom-line counts, the most important aspect will be reinforcing your value proposition and commitment to maintaining the timeline.
In summary, being part of the global business arena, we might find ourselves negotiating with Ukrainian distributors one day and selling to Dutch buyers the next. But regardless of who we negotiate with, recognizing the different negotiation styles has become an important global skill. Developing cultural agility allows for reacting quickly to different situations and turning negotiations into a win/win for everyone.
The writer is a cofounder and partner at TrainingCQ, specializing in cross-cultural and virtual communication consultancy with over 20 years of experience in culturally related issues.