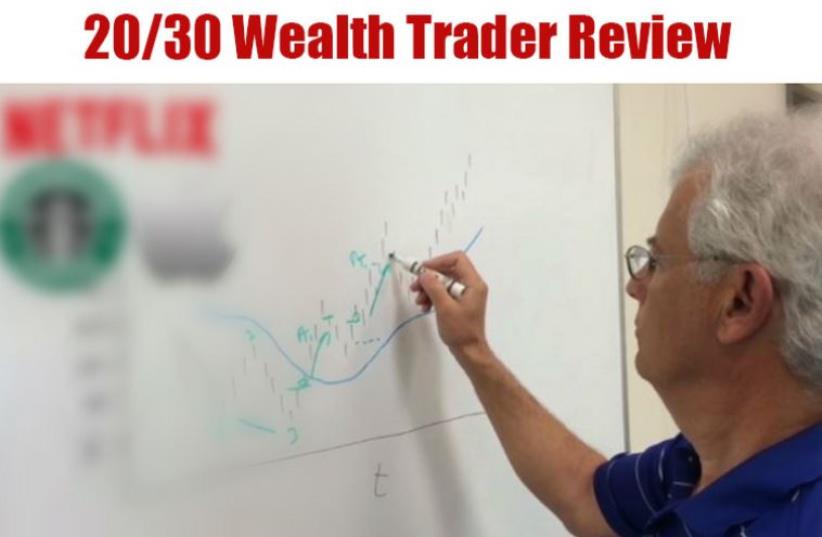 Wealth Trader Review
(photo credit: PR)
A new trading system revealed by experienced trader Bill Poulos in September, 2015 called the 20/30 Wealth Trader program claims it can help people make profitable trades with a minimum investment without going though the grinding experience of having to learn all of the ins and outs of market trading. That’s a pretty heady claim, especially in the today’s volatile markets. In fact, in his most recent press release, Poulos covers that issue with a prediction of a coming “Super Crash” and how it will unfold in 3 phases. His claims about the benefits and accuracy of his 20/30 Wealth Trader progress are worth investigating.

Who is Bill Poulos? 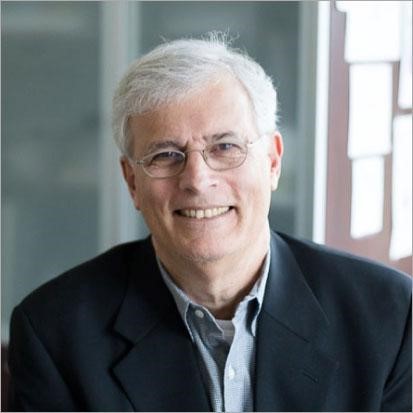 Poulos holds a bachelor’s degree in Industrial Engineering and a Master’s degree in Business Administration (Finance) and began trading back in 1974 while employed as an engineer for an automobile manufacturer. In 2001, he formed his first company, Profits Run, in order to teach others the secrets to successful trading he’d learned over 27 years in the trading business.
People quickly discovered that his Forex and Stock Market trading courses actually worked. He soon became one of the most highly ranked trading experts around the world. His expertise and guidance helped experienced traders and novices reach their trading goals when they followed his trading methods in a serious and disciplined manner.
His goal with Profit Run was to teach short cuts on the trading learning curve to increase his student’s success and interest in the markets. His students now number in the thousands worldwide. Coming from all walks of life and various levels in trading, his students have praised him for his honesty and realistic approach to teaching. Unlike many other in the field of investment education, Bill has always been known for offering continuous support and follow-up to all of his students.

What is the 20/30 Wealth Trader program?

With 40 years’ of trading experience, and initiating numerous successful trading courses, Bill Poulos launched this new program based on a well-kept secret that helped him and his family make some killer profits with low risk over the years. Up until now, they were the only people using the system. For the first time, through his 20/30 Wealth Trading program, Bill is sharing his trading secret with the general public.
The program immediately caught the attention of trading experts at ForexVestor.com. After studying the program, they published a review on September 15, 2015 that summarized their findings. In essence, they described it as a trading program using a formula that utilizes different tactics: finding small trends that occur repeatedly; making a trade, locking in profits by exiting multiple times from one trade.
The key to the program is that the system Poulos and his family members found so successful only looks at 20 of the most popular stocks. Using statistics and market analysis of those 20, he looks for 4 potentially profitable trades per week. Using this program, Poulos claimed the down side was losing about 5% of your account investment. The upside, best case scenario was turning a 600 per cent profit or more.
Simplicity is built into the program. Each week, the students check their email for a list of 4 recommended trades. f they choose to act on his recommendation, they place their orders. If not, they pass and wait for next week's 4 recommendation. That’s it.
The review from ForexVestor stated: “You don’t need to educate yourself on trading; you just need to follow Bill’s steps. With the 20/30 Wealth Trader, you don’t need to be an expert trader to profit from this system. You trade by receiving reliable alerts from a system developed to maximize profit potential for you.”
According to the program introduction, you don’t need to learn how to read trading charts or learn the theory behind them or how they work. You simply read what the expert is advising in his weekly email and decide to take or not take action on the 4 recommended trades.

This is not a get-rich-quick scheme. It is one way to make extra income by receiving reliable alerts from a system developed to maximize profit potential. Because there is a 60-day money back guarantee with the 20/30 Wealth Trader program, the risk to find out if it does work is minimal. For anyone interested in trading low dollar amounts with a high probability of making money, they should consider giving it a try. If you’re not happy with the results toward the 60-day guarantee date, simply ask for a full refund and move on.

What you Get With the 20/30 Wealth Trader Program

⦿ 2 years access to the Bill Poulos advisory service
⦿ 30 minute Quick-start video. This training video teaches you how to make the most out of the 20/30 Wealth Trader system.
⦿ 4 new trade recommendations each week. Additional insight into why Poulos is recommending the trades and how much you could profit from them.
⦿ Recommended call and put option orders
⦿ A diagram layout you can print that outlines the steps in how to place the recommendations from the 20/30 Wealth Trader
⦿ One option training course.
⦿ Access to the Wealth Trader website where recommendations and commentary about current market conditions are posted.
⦿ Access to expert support 24/7
⦿ 5 monthly webinars. You will learn about trading and are allowed to questions. 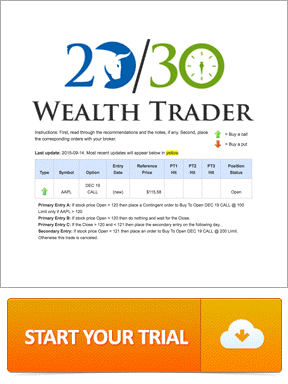 In the case of the 20/30 program, the rewards promised are fairly conservative. You’re told upfront that profitable trades are not guaranteed and there is some risk involved. Also, it’s not a standard trading system that experienced traders are used to. In addition, students of the system are advised to listen to Poulos and follow his rules even if they are not comfortable with them. Faithfully adhering to the system is a must in order to reap the full benefits of the trading alerts.
The positive kicker is the 60-day money back guarantee. With that feature, the only money at risk is the amount you actually put into play during the trial period. As they say, try it…you might like it.