'Israel is home to all Jews; 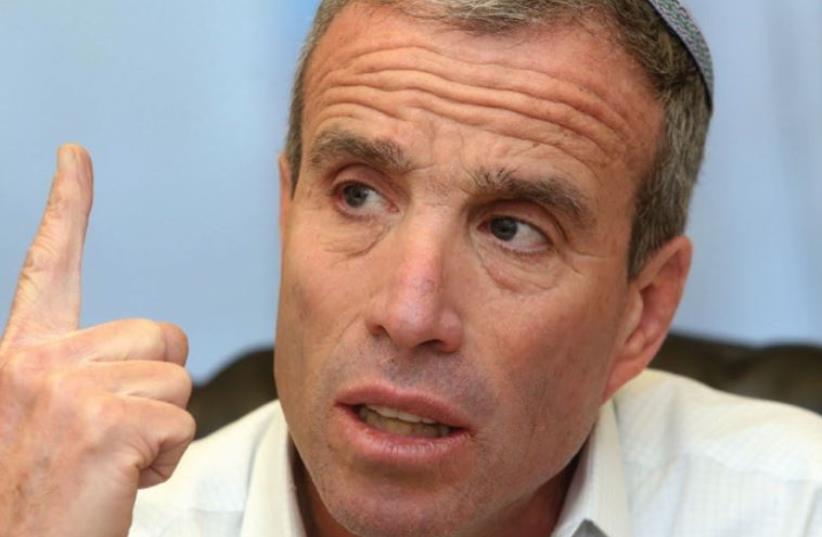 Elazar Stern
(photo credit: MARC ISRAEL SELLEM)
Advertisement
For the last three years, the place and character of religion in the Jewish state has been the source of intense debate, bitter recriminations, legislative battles and legal intervention.The pendulum has swung from the concerted attempts to liberalize religious life in Israel under the last government, to the ardent and assiduous efforts of the current coalition to reverse or stop such reforms.During that time, MK Elazar Stern has been without doubt one of the most fiery and outspoken critics of the religious establishment and its political backers in the Knesset.Both inside the coalition, as he was with Hatnua in the 33rd government, or outside as he is currently with Yesh Atid, Stern’s simmering frustration with what he describes as the alienation of Israeli citizens from Judaism by the religious establishment saw him first championing the cause of reform and later castigating the forces of conservatism that sought to repeal the gains that had been made.Stern sat down with The Jerusalem Post to discuss the future of religious life in Israel, the dangers of the current situation, and the effect such issues are having on the state’s relationship with the Diaspora.How do you see the current relationship between the state and Jewish religious life in Israel? The state is distancing its citizens more and more from Judaism, among other ways, by making religious services more and more strict, which is making such services completely irrelevant to, and undesirable for, the average Israeli.People are fleeing from religious marriage, they are already uninterested in getting married with a rabbi, and say to themselves “either we’ll live without getting married, or we’ll go to Cyprus to marry in a civil ceremony.”It’s the same thing with conversion.When immigrants from the former Soviet Union came who weren’t halachically Jewish, they were interested in undertaking such a process.A “normal” conversion should have been made available for all of them, although still a lot harder than the process at Sinai [where the Israelites said simply “we will do and will listen”] and harder than what [the biblical] Ruth the Moabite, [a convert] did, a two-month process, without investigating people and so on.How do these issues affect the relationship between the state and the Diaspora? The State of Israel needs the Diaspora.For the future, for its foreign relations, for a lot of things. In my opinion, it’s not that we need them, but that they are our brothers. This is the challenge. The Diaspora also needs to preserve the State of Israel as an anchor even for the sake of their communities, because it can serve as a place those in the Diaspora can identify with, it’s an educational tool, a tool to unite people.If the State of Israel puts a question mark over the Jewishness of Diaspora Jewry, it will distance them from the Jewish State. It will destroy an important anchor for them, it will cause internal fractures within Diaspora Jewry itself, and then we could lose them altogether.It will decrease their attachment to the State of Israel and also increase assimilation by alienating Jews outside of Israel from a central aspect of their Jewish identity.The haredim don’t understand this, and the prime minister is afraid of the haredim, as is [Bayit Yehudi chairman Naftali] Bennett.Ideally, how should religious life in Israel be conducted? The state needs to know how to give Jewish meaning to those who are not religious. If we tell some people “You are not Jews” or that “You can only be Jewish our way,” then we will lose secular people in Israel, and Reform and Conservative in the Diaspora.In all the religious services the state provides, power should be used only when necessary. So regarding kashrut, for example, only the actual requirements of kashrut should be regulated and nothing else, not what happens in the establishment on Shabbat and not if Christmas parties are staged there or anything like that.We need as little coercion as possible.We need more legitimacy for Jewish pluralism, for women’s equality, and we need to take as much responsibility as possible for the existence of the Jewish people and not just the State of Israel.To register for the Jerusalem Post Annual Conference: https://members.jpost.com/nyc2016.aspx