Anti-Arab attacks on the rise amid recent terror wave

"Racist attacks on Arab Israeli citizens comprise a dangerous slide, from criminal violence and the murder of Israelis and Palestinians, into the relations between Jewish and Arab citizens." 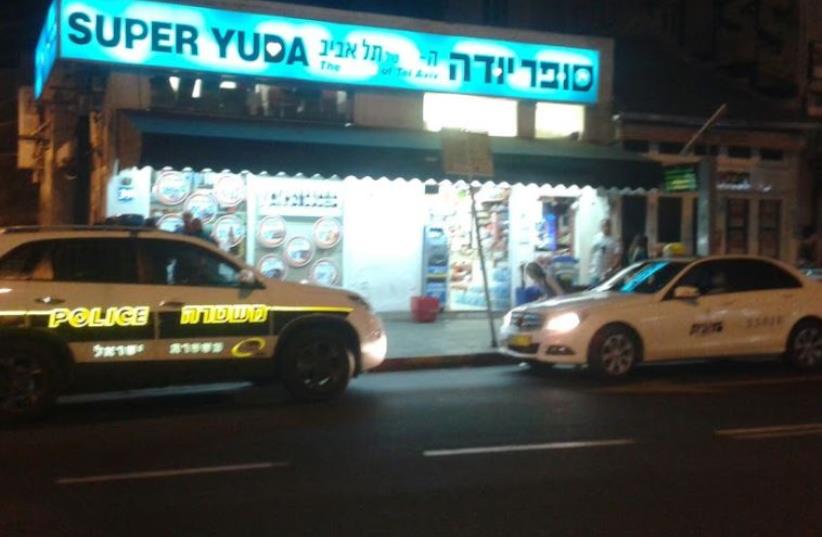 Supermarket in central Tel Aviv
(photo credit: YUVAL BAGNO)
Advertisement
An Arab cashier working at a supermarket in central Tel Aviv became a victim of bullying and assault over the weekend, when a Jewish customer assaulted her due to her race. Yuval Bagno, a reporter for The Jerusalem Post's Hebrew-language sister publication Maariv, was witness to the entire ordeal, recounting that as soon as the customer saw the hijab-donning Super Yuda employee, he challenged her right to be there. "Do you think she should be allowed to work in a place like this?" he asked her Druze colleague, who swiftly answered in the affirmative and requested that the customer leave the store. The customer then pulled a can of tear gas from his pocket and aimed it at the young woman's face, but before he could spray her, two of her colleagues came to her rescue and pulled the man out of the supermarket. The 23-year-old Jaffa resident had in the meantime fled to her taxi, which was waiting outside as it was the end of her shift. Her driver, who also happens to be her uncle, called the police but told Bagno that he himself did not dare come to his niece’s rescue for fear that the police would arrest him should he get involved. Indeed, a mob attack in Netanya on Thursday night resulted in the detention of the Arab victim, though police did locate and arrest five Jewish suspects the following morning. Anti-Arab attacks, on the rise in the last two weeks since the latest wave of Palestinian terror attacks against Israelis, have also included an attack on four Beduins in Dimona, and an attack on a Channel 2 News crew in Afula, including their Arab reporter Furat Nasser. Hatred has also been directed at Israeli left-wingers, as was discovered by peace advocate Netanel Azulay, who found himself banned from Facebook for three days for the “crime” of promoting tolerance and ahavat chinam - a Jewish expression for unconditional love. Azulay had posted a picture of himself with the words "unconditional love and tolerance - these are values," written on his hands, to counter an antithetical picture posted by a soldier called Eden Levi who wrote on her hand "hating Arabs is not racism, it's values."Azulay counted 260 insulting messages and comments in response to his message, before his account was suspended after many Facebook users filed reports against his to the social media network's management. He said that these included homophobic, racists and hateful comments. "No, not from my enemies, but from my brothers and sisters. As if this wave of terrorism is not enough, as if the rift between us is not deep enough," he lamented. "These messages were from those who allegedly love this country, from those who allegedly protect it." The current security situation and subsequent tension and fear among the Israeli population have also apparently affected the renovations industry, with customers refusing to allow arab renovators into their homes out of fear that they could abuse tools such as screwdrivers and knives. The Renovators Contractors Association noted that in particular, customers who are still living in their homes during renovations, have requested that Palestinians will not enter their homes. Whilst in the past, they say it stopped there, Arab Israelis are now also being added to the black list. The Association stated that of 37,000 Palestinian workers, only 20 percent showed up at work on Sunday. According to the Association, some contractors have requested that both Palestinian and Arab Israelis to refrain from coming to work until the storm has passed.  Association Chairman Eran Sib called for stability in the industry, saying that while they understand the concerns of their customers, it causes recession in the industry and significant harm to livelihoods. He expressed hope that normal routines would be resumed swiftly. Co-Executive directors of the Association for the Advancement of Civic Equality Ron Gerlitz and Rawnak Natour on Friday called on the Israeli government to take a firm stance in defending Israel's Arab citizens and in preventing further incitement."We call for an immediate cessation of this difficult, bloody cycle," they said. "Racist attacks on Arab Israeli citizens over the past day comprise a dangerous slide, from criminal violence and the murder of Israelis and Palestinians, into the relations between us and Jewish and Arab citizens in Israel."