'Efforts to repeal UNSC motion against Israeli settlements in the works'

Ambassador to the UN anticipates veto by Russia and China, but confident anti-settlement motion can be defeated. 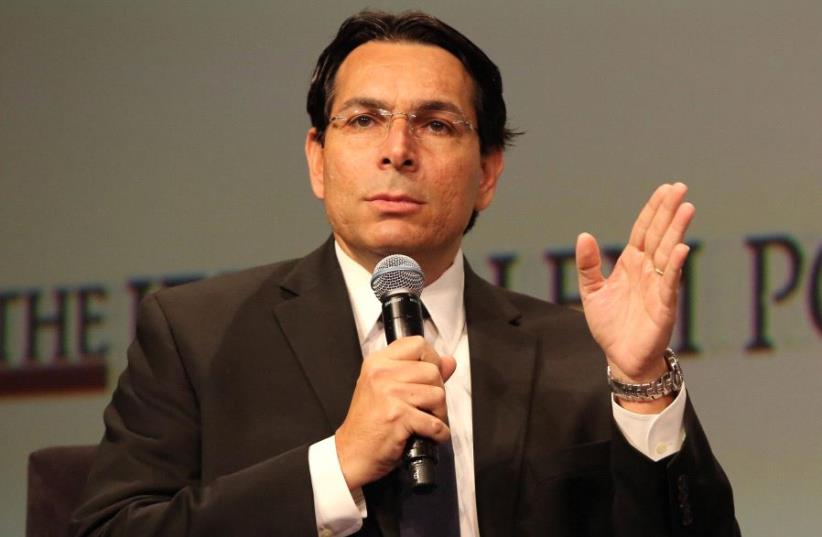 Danny Danon at the 2017 JPost Annual Conference
(photo credit: SIVAN FARAG)
Advertisement
NEW YORK – Efforts to repeal UN Security Council Resolution 2334, which condemns settlements, are under way, Ambassador to the United Nations Danny Danon told The Jerusalem Post Annual Conference on Sunday.“It’s not easy because [countries like] Russia and China will probably veto it, but I think gradually we can make a change,” he said. “But I want to remind you that in 1975 the UN adopted a resolution which equated Zionism to racism, and it took us 16 years to repeal this resolution. I believe we can do the same with this one.”Danon added that “the Palestinians are lying all the time,” and Resolution 2334 only encourages them to “continue to lie to the world, because they can get whatever they want without negotiating with Israel, without facing reality.”The ambassador also praised his new US counterpart, Nikki Haley, and the comment received a great deal of applause. He said Haley has brought a great deal of change to the UN, specifically concerning the international body’s treatment of Israel.“It will be hard [keeping her efforts going],” he told the audience. “Next month, Uruguay is presiding at the Security Council, but I am very optimistic that we will continue to see the change.”Danon said he is focused on trying to “narrow the gap” when it comes to some countries that privately support Israel but publicly bash it and vote against it at the UN.“My approach is that we don’t sit quietly,” he said.“Some people say I’m too aggressive sometimes at the UN, but it works.”Danon also spoke about the recent UNESCO resolution denying Israeli sovereignty in Jerusalem, calling it chutzpah and vowing to fight back.