"I was searching for what I wanted to do in life, and I understand that sometimes life just happens.”

When Maj. S joined the IDF six years ago, she didn’t imagine that it would be a life-changing event for her – in more ways than one.

S., whose full name can’t be shared for security purposes, is the eldest of six children and grew up in the Shomron (West Bank). She did her national service and then a bachelor’s degree in communications but still “didn’t fully find my place,” she said.

Growing up in a religious environment, “I never thought I’d join the army. No one was against it, but it just wasn’t the norm.”

For S. and her friends who had no knowledge about positions for women in the army, joining the IDF as a woman was “just to make coffee or be a secretary. And I wanted to do bigger things.”

At 25 years old, she joined the military and went for the IDF’s officers course, which, while it “wasn’t easy, it was one of the most incredible experiences of my life,” she said. 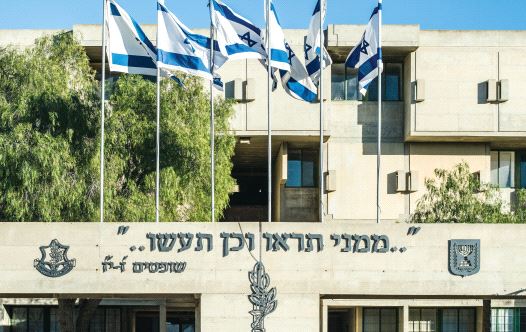 Two months into the course she and a group of troops visited Jerusalem as part of the IDF’s “Culture Sundays,” where they had been touring the capital’s important historical and national sites.

It was supposed to be just another trip to the country’s capital, and the group was supposed to be at Armon Hanatziv for just 10 minutes. S. didn’t want to join her company as they got off the bus, but was pushed to join them, by then a minute’s walk away.

As she joined them and said hello to a friend in the group, a truck driven by Fadi al-Qanbar, a resident of Jerusalem’s Jebl Mukaber neighborhood, slammed into them before reversing and running over more members of the group. 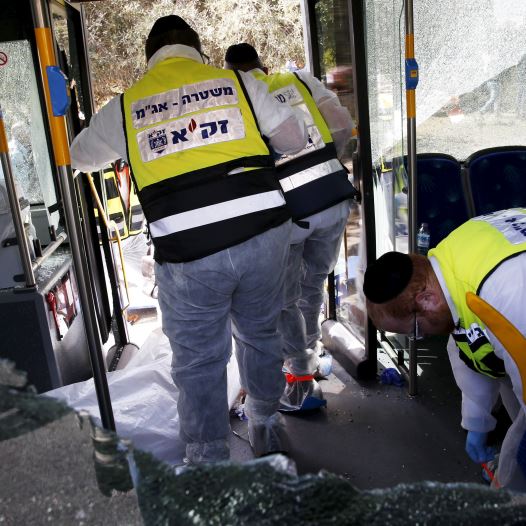 Members of Zaka Rescue and Recovery team at the scene of terror attack in Armon Hanatziv, Jerusalem (credit: REUTERS)

“I remember walking towards them and saying ‘hi’ to my friend when we arrived. The next thing I remember is waking up to complete silence and not really seeing anything. I remember seeing figures running toward me, and later asking if I was OK. At one point someone took me aside and then I remember asking why are you asking if I was OK? Then I started to feel pain... I felt like my hand was falling off.”

“I then heard the word ‘pigua’ [terror attack] but I was really confused and I didn’t understand what had happened, even though I knew something had happened. Only in the ambulance did I understand that it was an attack and that people had been killed.”

“Had the terrorist not been shot, we could have been next,” S. recounted.

“That incident was a big event that really had a lot of consequences on my life,” S. recalled. “I was searching for what I wanted to do in life, and I understand that sometimes life just happens.”

Prior to the attack, she said, “most people in my life didn’t know that I had joined the army. It was crazy enough that I was in the officer’s course at 26 years old, and then to be injured by a terrorist... it was a sort of symbol for me – That I got to where I was for a reason and that I’m on the right path in life and I am meant to be in the army. The attack strengthened me to continue on my path.”

S. told The Jerusalem Post that in the past year and a half, she’s suffered from PTSD, something that she hadn’t experienced before.

“I woke up one day in January in bed and suddenly I felt like I was falling and I was in terrible pain and didn’t know what to do; I felt that I shouldn’t be in pain.” Another time, she thought she heard shooting while she was in her living room at home in central Israel, only to later realize it was only the light bulb flickering in the street light outside her window.

“This is something that continues with me; it doesn’t just happen and go away. But I deal with it,” she said. “I know that I had a really hard experience and I continued on. Life continues on, even if there are moments that you remember.”

Four years after the attack, she still remembers those who were killed and asks herself regularly a question that most survivors ask: “Why am I here and they aren’t?”

“I got my rank of major, and it’s weird, but every time I go to the cemetery on Yom Hazikaron [Memorial Day] and I see that Erez stays in the grave. He could have been someone... he could have also gotten a different rank.”

Due to the terror attack and subsequent physiotherapy, S. never finished the officer’s course. But that didn’t stop her. Six years after she first joined the IDF, she’s gained several years worth of expertise against Israel’s  enemies on its northern border during her time in Military Intelligence.

She credits returning to work for helping her continue on and to “go back to normal.”

“At first, you have to process what happened,” she said of the attack. “People I had just met and thought I wouldn’t have any connection to, we became a family.”