The 23-year-old suspect resides in the West Bank, was recruited in Turkey and trained on Syrian soil. He was arrested before he could carry out deadly terror attacks against Israelis. 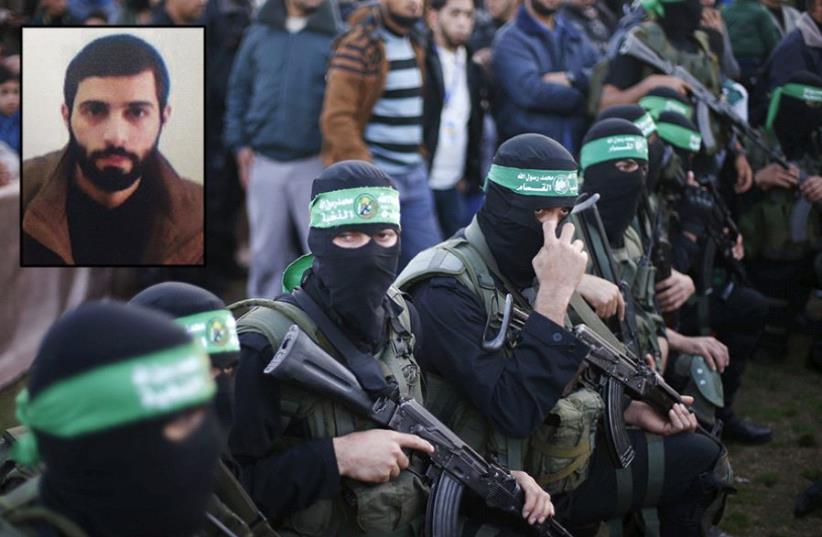 Hamas operative ‏Malak Nazar Yousseff Kazmar‏
(photo credit: REUTERS,SHIN BET)
Advertisement
A Palestinian man recruited by Hamas headquarters abroad to promote terrorist activity in Israel was charged in March by the Samaria Military Court.The Shin Bet (Israel Security Agency) said Wednesday that Kalkilya resident Malak Nazar Yousseff Kazmar, 23, was arrested in a joint Shin Bet, IDF and Israel Police operation on February 26.According to the intelligence agency, it became clear during the interrogation that Kazmar, who had lived in the disputed self-declared Turkish state of Northern Cyprus for the last few years, had been recruited by Hamas while he was in Jordan in August 2015 and sent to a military training camp in Syria’s Idlib province in January 2016. In the camp, Kazmar learned to shoot and underwent theoretical training on the production of explosive devices.
Israel nabs dozens of Hamas men in overnight raid in West Bank in Feb. 2015
In January 2017, shortly before he returned to the West Bank, he met with Hamas operatives in Istanbul who instructed him to recruit additional Hamas operatives who lived in Israel.Kazmar was arrested on his return to the West Bank, before he could recruit anyone.During his interrogation, he turned over the contents of an encrypted memory card that he had received from his operators in Turkey, which contained extensive security guidelines and information intended to assist him in carrying out his missions.“This investigation illustrates the activity of the Hamas headquarters abroad, including on Turkish soil, under the direction of the head of the Gadma Office [Hamas overseas office], Saleh al-Arouri,” the Shin Bet said.Arouri, one of the founders of Hamas’s military wing, was imprisoned by Israel for 15 years before being expelled to Syria. He fled to Turkey in 2012 when Hamas’s offices in Syria were shut. From Turkey he helped orchestrate the kidnapping and murder of the three Israeli teenagers in Gush Etzion in June 2014.“Hamas leadership continues to be assisted by activists who return to the West Bank to promote terrorist activity, while its leaders operate without interference in various countries abroad,” the agency said.Since the beginning of the latest wave of violence to hit Israel, numerous attacks by Hamas supporters and members have been thwarted in the West Bank. Last week, Shin Bet Director Nadav Argaman warned the Knesset’s Foreign Affairs and Defense Committee that the relative calm is “deceiving” and that Hamas and other organized cells are continuing to plan attacks.“It’s misleading and deluding because Hamas and global jihadi infrastructure are working every day to attempt to conduct terrorist attacks in Israeli territory,” he said.