Police say all leads in investigation are being pursued. 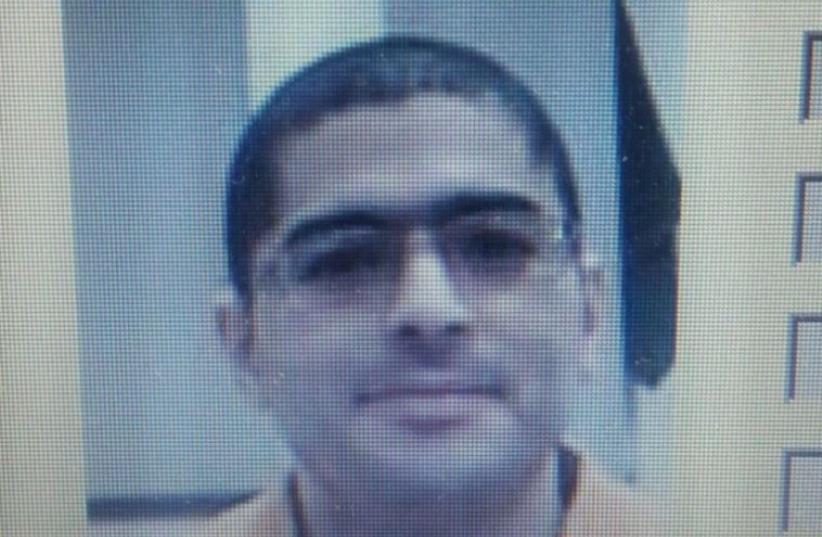 Suspected perpetrator of the shooting attack in Tel Aviv on January 1, 2016
(photo credit: screenshot)
Advertisement
A manhunt continued in and around the Tel Aviv area late into the night Saturday for the shooter believed to be responsible for killing two Israelis and wounding several more in a suspected terrorist attack in the city on Friday afternoon.The man, named on Saturday as Nashat Milhem, 31, is believed to still be armed with the submachine gun he allegedly used in the attack, and to pose a clear and present danger to the public.Special police patrol units and officers from the Shin Bet (Israel Security Agency) continued Saturday to search door-to-door at apartment buildings and construction sites in and around Tel Aviv for Milhem, a native of the Arab village of Arara in northern Israel.The two victims killed in the attack were named as Alon Bakal of Karmiel, 26, the manager of the pub where the shooting began, and Shimon Ruime of Ofakim, 30, who was attending a birthday party for a friend at the establishment. 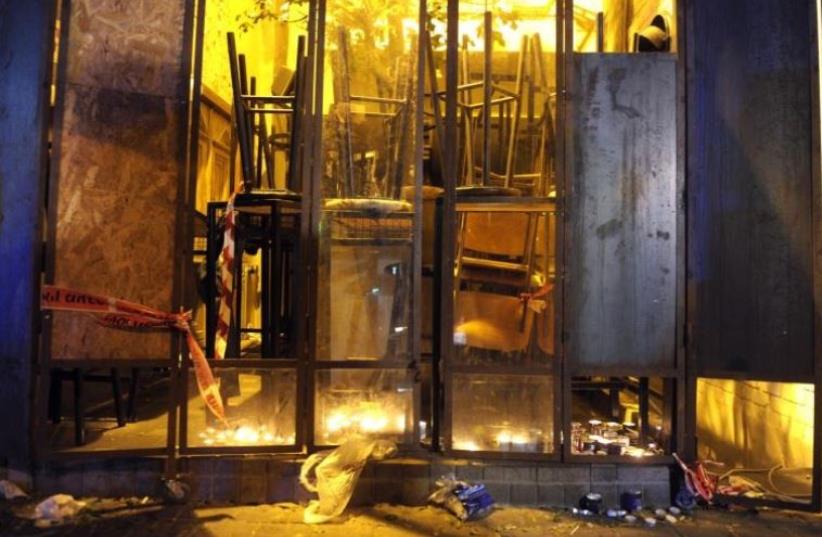 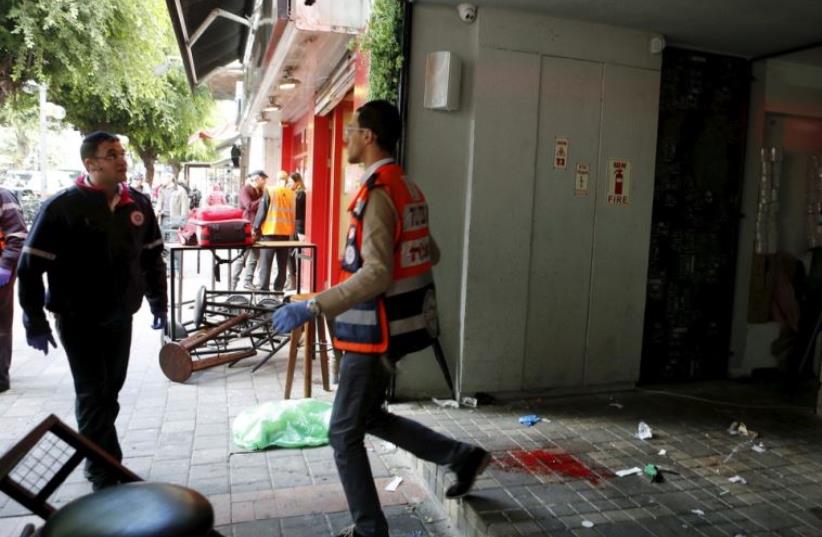 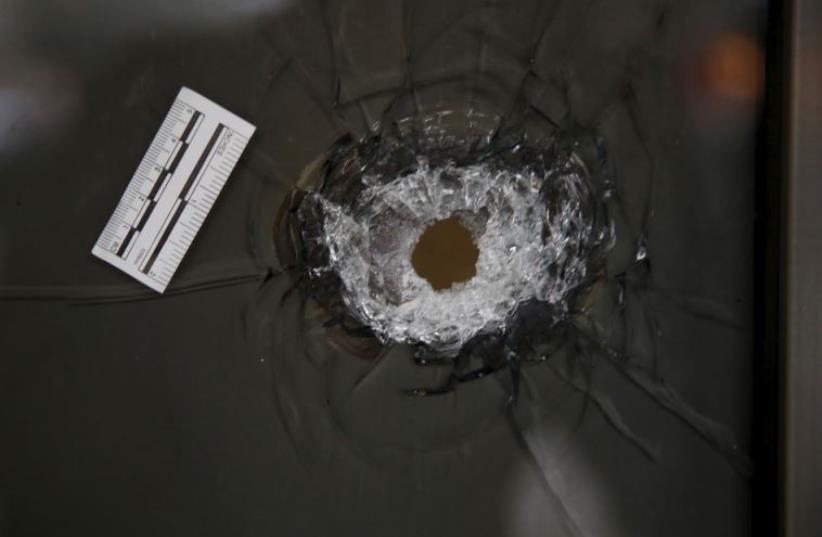 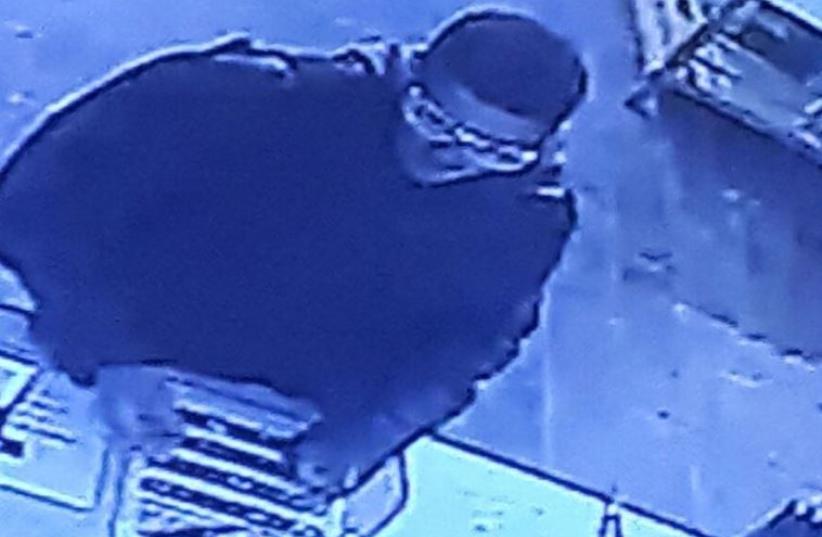 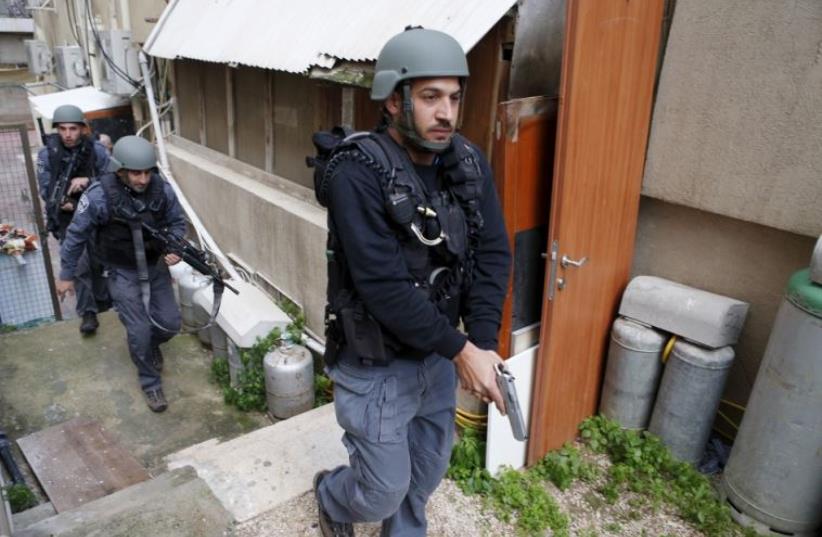 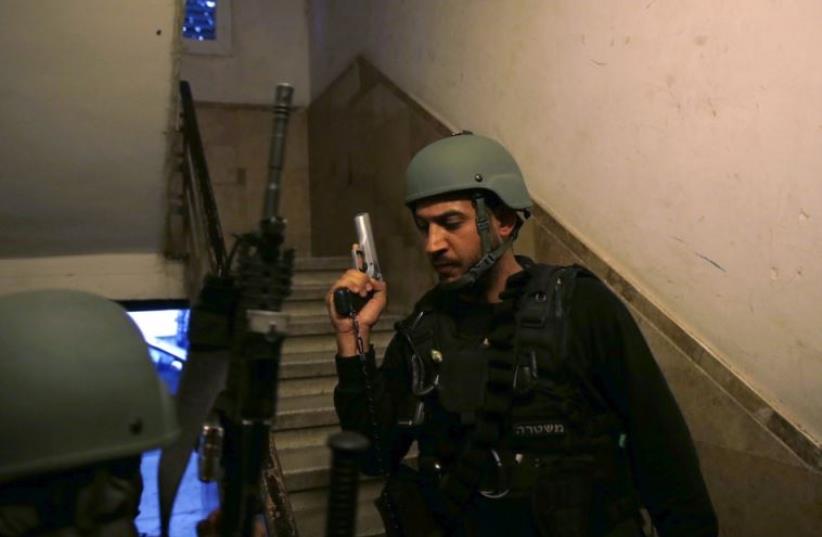 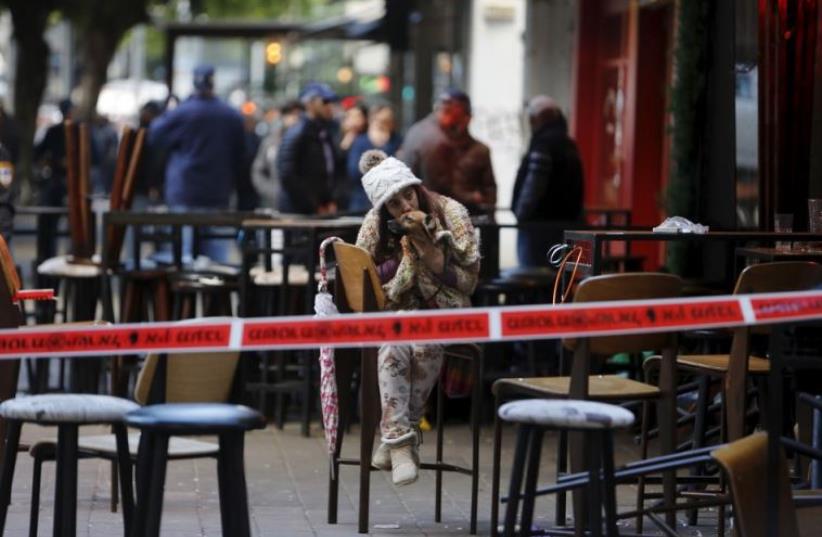 Bakal will be buried Sunday in a ceremony at 3 p.m.in Karmiel and Ruime at the same time in Ofakim.Police Commissioner Insp.- Gen. Roni Alsheich met with the top brass of the organization and officers from the Shin Bet on Saturday to discuss their joint manhunt for the killer. It was decided that, for the time being, they would continue their increased deployment of special police units and Shin Bet field agents until the killer is found.The police called on the public to remain aware of their surroundings and to notify authorities if they observe anything suspicious. At the same time, they have not changed their recommendation that civilians carry on with their daily routines, and are not advising the public to stay indoors while the manhunt continues.The police have yet to begin officially referring to the shooting as a terrorist attack, using the terminology “shooting incident” in a statement released on Saturday. They added that the investigation is still ongoing, and called on the public to be on alert for the suspect, described by witnesses as a rather short man with somewhat dark skin, who was wearing all black and dark shades during the attack.They added that they are still investigating the scope of the incident to determine whether there were other victims at different locations and whether the shooter acted alone.With the shooting now more than 24 hours old, police and security services are operating upon the assumption that the attacker is either hiding in a prearranged safe spot away from the public and police, that he was helped by an accomplice who spirited him away from the area in the minutes following the attack, or that he was somehow able to steal or hijack a vehicle after fleeing the scene.Reports circulated on Friday that Milhem was possibly sympathetic to Islamic State ideology, though an attorney linked to the family – Sami Milhem – denied this.Speaking to The Jerusalem Post on Saturday, the attorney said the man’s father – Mohammed Milhem, Sami’s cousin, was a volunteer police officer in the past and that the entire family “has enlisted to help the police find him and condemns this attack entirely.”The attorney said the man is not mentally well, and that he does not believe he was linked to the attack or influenced by Islamic State or other Islamist groups, despite reports stating this in the Israeli press.“I hope that they find the person who did this, he has brought a disaster upon this entire family,” Milhem said.Police and Shin Bet investigators searched the family home in Arara on Friday and, on Saturday, seized a computer and took two male relatives in for questioning.The submachine gun used in the attack reportedly belonged to Milhem’s father, a former volunteer police officer who had kept it in a safe at the family home.On Saturday, condemnation continued to be voiced from residents of the village and leaders of the Arab community in Israel.According to figures released by Magen David Adom on Saturday, 27 Israelis have been murdered and 279 injured since the start of a wave of Palestinian terrorist attacks which began in mid-September.