More than 40 prominent rabbis issued a declaration on Friday condemning hatred in general and giving their backing to the work of the Shin Bet and other security services. 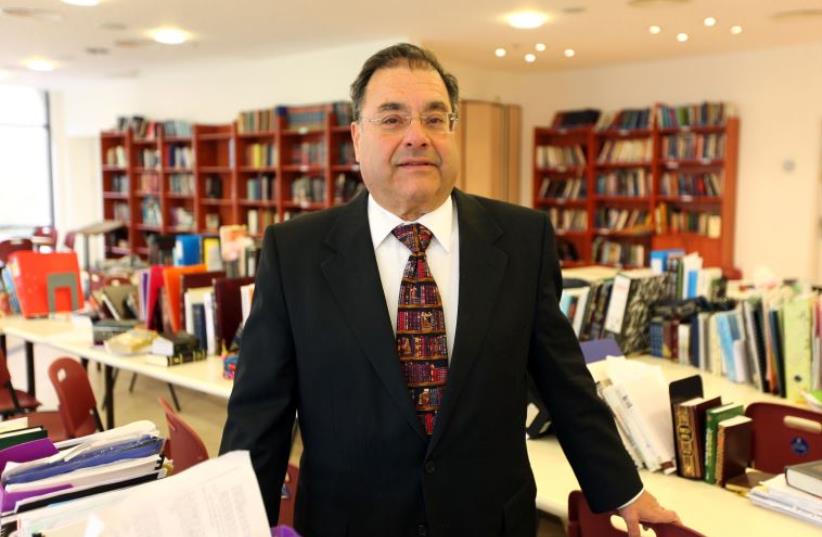 Shlomo Riskin
(photo credit: MARC ISRAEL SELLEM/THE JERUSALEM POST)
Advertisement
A group of senior national-religious rabbis have expressed support for the Shin Bet domestic security agency following allegations by administrative detainees suspected of plotting violence against Palestinians that they were tortured while in custody.More than 40 prominent rabbis including Chief Rabbi of Jerusalem Rabbi Aryeh Stern; former IDF chief rabbi Avichai Ronsky; chief rabbi of Efrat Shlomo Riskin; chief rabbi of Shoham and chairman of the Tzohar rabbinical association Rabbi David Stav; Benny Lau; Ronen Neuwirth; Rafi Feurstein; and Yuval Cherlow issued a declaration on Friday condemning hatred in general and giving their backing to the work of the Shin Bet and other security services.The declaration also follows the revelation last week of a disturbing video in which national-religious men are seen dancing at a wedding and glorifying violence against Palestinians, and the July murder of three members of the Dawabshe family in particular who were killed in a fire bomb-attack by suspected Jewish terrorists.“We denounce and reject with disgust all manifestations of hatred and violence such as “price tag” [attacks] directed against Arabs,” stated the rabbis, most of whom are from the liberal and mainstream sector of the national- religious community.“We determine that these acts are in complete opposition to the Torah and Jewish morality,” they continued, calling upon rabbis and other Jewish educators to explain this perspective to their students.“We give our support to Shin Bet personnel and all branches of the security services protecting our state in uprooting from its roots all manifestations of Jewish terrorism,” the rabbis concluded.Several Israeli men held under administrative detention by the Shin Bet on suspicion of involvement in planning violence and terrorism against Palestinians have claimed they were tortured while under interrogation.The Shin Bet said its investigations were done according the law and were supervised by the courts and the Attorney-General’s Office. Defense Minister Moshe Ya’alon has rejected the allegations of abuse and torture, as well.