Senior intelligence official: There's a basis for a deal with the Palestinians

Brig. Gen. Dror Shalom: "I know some of you might not like to hear this, but since 2004, there is a leader... who has generated quiet and opposed terrorism." 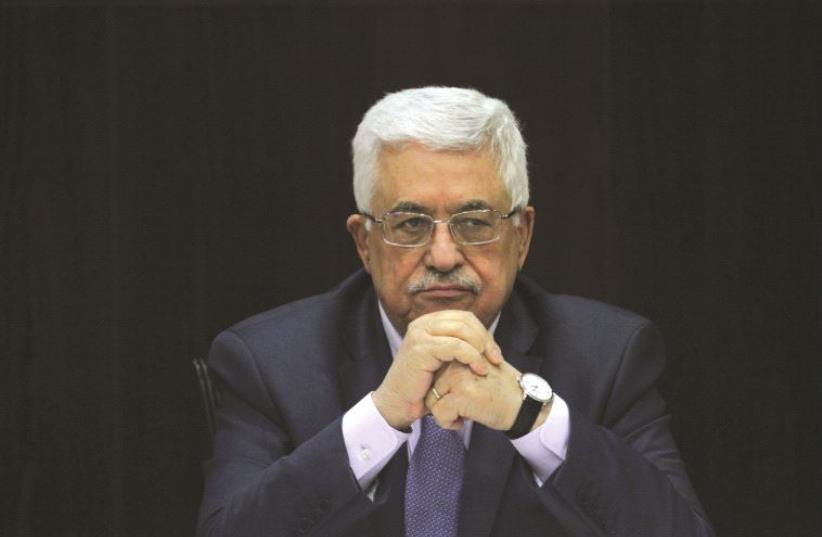 Mahmoud Abbas
(photo credit: REUTERS)
Advertisement
A senior Israeli military intelligence officer said that Palestinian Authority President Mahmoud Abbas is a legitimate peace partner, and that he has "consistently kept the peace and quiet," according to channel 10.Speaking to MKs and ministers recently, Brig.- Gen. Dror Shalom said "I know some of you might not like to hear this, but since 2004, there is a leader, Abu-Mazen (Abbas), who has generated quiet and opposed terrorism."He added that "there is a basis for a solution to the conflict."Shalom added that "it is true that we are not the world's problem, but we are an easy target."In early September, there was talk of a Russian-arranged meeting between Abbas and Prime Minister Benjamin Netanyahu, either in Moscow or in Luxembourg. "We'll see, either one - or any other place," Netanyahu had said, reiterating that Israel is "always ready for direct negotiations without preconditions." However, the meeting did not come to fruition. Later that month, President Reuven Rivlin and Abbas were seen in a  video posted on the Facebook page Ramallah News, greeting one another before the funeral of former president Shimon Peres at Mount Herzl in Jerusalem. The two shook hands and exchanged pleasantries. Rivlin turned to PLO Executive Committee Secretary General Saeb Erakat and stated, "I hope to see you," in which Erakat responded, "anytime, you can get in touch.""I really believe that it is a time to build confidence," Rivlin continued. "We have to believe that everyone is serious."According to Rivlin's spokesperson Abbas also expressed desire that the two meet under different circumstances.  The exchange contrasted Abbas's refusal to meet with Rivlin while the two simultaneously visited the European Union's main headquarters in Brussels, earlier this year in June. Herb Keinon contributed to this report.