From the UN's perspective, the two-state solution is the only viable option.

Interview with UN envoy Nickolay E. Mladenov
Advertisement
Gaza is beyond a “humanitarian crisis” and “on the verge of a total systems failure,” UN Middle East envoy Nickolay Mladenov said on Tuesday.Speaking at the Institute for National Security Studies annual conference in Tel Aviv, Mladenov defined a total systems failure as the “full collapse of the economy and social services,” with all the “political, humanitarian and security implications stemming from that.”The situation in Gaza needs to be high on the agenda for the Palestinian Authority’s donor countries which is meeting in Brussels on Wednesday for an emergency session of the Ad Hoc Liaison Committee to address the Palestinian funding crisis, Gaza and the stalled Israeli-Palestinian diplomatic process, Mladenov said.“Returning Gaza under legitimate Palestinian control and ending all the militant activity there is critical,” he said. “It is critical to Israel’s security, Egypt’s security, to the people of Gaza and the Palestinian in general.” 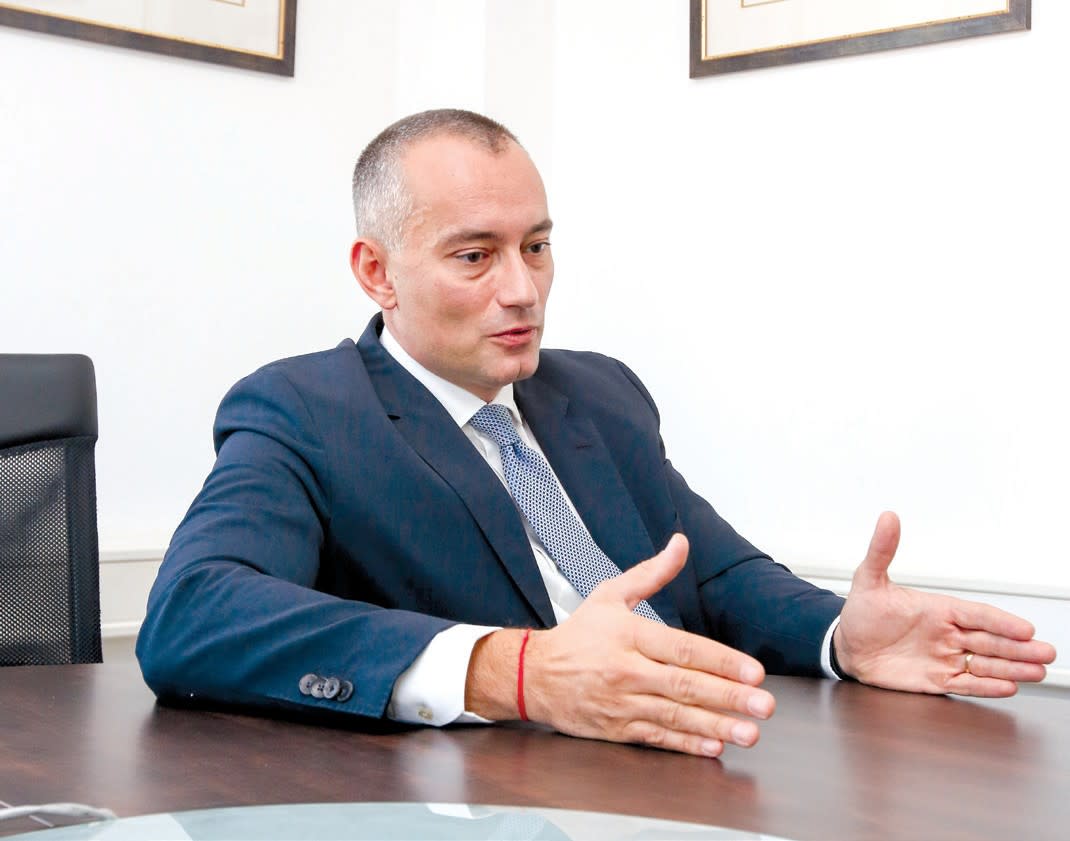 Nikolay Mladenov, UN Special Coordinator for the Middle East Peace Process. (MARC ISRAEL SELLEM / THE JERUSALEM POST)
The envoy said it was important that one of the key messages to come out of Wednesday’s meeting is that “we need to work with the PA, and we need to support their plan and help them develop a plan about how they are going to return to Gaza.”Without that, he said, Gaza risks “exploding in our faces again, this time in a far more violent and deadly manner than in the past.”Mladenov said that despite the current challenges, “I don’t believe the peace process is dead, or that the prospect for peace is dead.” He said that in the past there have been lower levels of trust between the sides, and much higher levels of violence.He also noted that neither side has formally withdrawn from the Oslo Accords, and that key institutions set up by that agreement remain in place.He stressed, however, that from the UN’s perspective, the twostate solution is the only viable option, and that “there is no Plan B.”

Solving the Israeli-Palestinian issue, he said, is also key to resolving the Israeli-Arab conflict, and this will be necessary “if we want to reach and reap the benefits of Arab-Israeli cooperation.”Mladenov said that today, neither the Israelis nor the Palestinians are in a position to sit down and have meaningful negotiations, and that what needs to be done is create the conditions that will be conducive to talks.This means reducing “negative trends on the ground,” such as Palestinian violence, terrorism and incitement, and Israel’s continued construction of settlements, placing limits on Palestinian development in Area C of the West Bank, and demolition of Palestinian structures.US Middle East envoy Jason Greenblatt, who toured the Strip’s border on Sunday, tweeted a day later that “Gaza needs options besides Hamas and its enablers.”Hamas, he said, “literally undermines Gaza’s chance for success.” He pointed out that an attack tunnel into Israel costs “roughly $5.9 million to build,” money that “belongs to the people of Gaza.”Greenblatt, scheduled to be at Wednesday’s Ad Hoc Liaison committee meeting in Brussels, said that it is “time to stop pouring money into violence and hatred, and to start investing in a real future for Palestinians in Gaza.”