The Palestinian enclave of Gaza is a major global hotspot with potential for extreme violence. Nearly isolated from the world since Hamas took control of it in 2007, it has been a poverty -ridden corner of the world. It is a regular launching pad for rocket attacks against southern Israel and a training ground for Islamist terrorists. Israel has carried out three major operations in the territory since relinquishing it unilaterally in 2005.

What will deterrence with Hamas look like with different potential governments? - analysis

The Palestinian Authority informed Israel of the delay.

THE SHIPMENT, with the first-of-its-kind in Gaza oxygen production plant, will help to mitigate the Strip’s health crisis, reducing the burden placed on the fragile medical system by the pandemic.

Enforcement agents from the Agriculture Ministry found the illegally-imported fruit.

This year, the coronavirus pandemic is keeping traditional customers away from the 500-year-old gold market, a narrow lane lined by tiny shops under a vaulted roof.

The inside story behind the November assassination of Islamic Jihad commander Baha Abu al-Ata in Gaza.

Gaza rapper, 11, strikes chord with rhymes about war and hardship

"My message talks about peace, and I want to convey it to the largest number of people."

Gaza Disengagement and the expulsion’s impact on religious-Zionism

The religious trauma was felt by many in the religious-Zionist camp who, though not residents of the uprooted settlements, also shared the divine drama ideal.

Gaza's settlers 15 years on: 'One day we will have to return'

A ‘Jerusalem Post’ reporter, on the frontlines in Gush Katif, recounts the surreal time of disconnect between settlers’ lost dreams and the encroaching destructive reality.

Gaza Disengagement: Reporting from the trenches

‘The Jerusalem Post’s then-defense correspondent opens up his reporter’s notebook on the disengagement, 15 years on.

‘The Jerusalem Post’s editor-in-chief remembers his experiences as a reporter for the paper during this tumultuous time.

MK Michal Cotler Wunsh: "For six years, the world has for the most part remained silent, issuing statements without any follow up."

That same grant was distributed throughout April and May without al-Emadi or his deputy, Khaled Haradan, present due to coronavirus restrictions.

Eyad Hamad, a veteran Palestinian cameraman, received threats from PA security officials who told him that they would see to it that he gets fired from AP.

Hamas: If Gazans die from coronavirus, Israelis will be unable to breathe

Sinwar also declared that the coronavirus pandemic was retribution for the decision by President Donald Trump to move the US Embassy from Tel Aviv to Jerusalem in May 2018.

Will coronavirus cause a ceasefire between Israel and Gaza?

All sides need each other in this fight, even sworn enemies.

$3,000 USD were smuggled on behalf of the Malaysian charities to Hamas

After relative calm with Gaza, four days of rocket fire towards Israel

At Cairo’s request, Islamist movement to rein in balloon bomb attacks from Gaza

Hamas-affiliated analyst calls for dialogue with US

"America is a force that cannot be ignored and, if possible, we should have a dialogue with it on the basis of our people’s rights. All countries want to be friends with America.”

Israel struck by over 2,600 rockets and mortars over past two years

1,500 rockets fired from the Gaza Strip into Israel in the past year alone.

Netanyahu: Israel has not changed Gaza policy, will strike enemies

"Our security policy has not changed – not even slightly."

Shortly before the ceasefire went into effect on Thursday, the IDF struck a home belonging to Rasmi Abu Malhous, killing eight members of his family, including five children.

Some PIJ members expressed outrage that Hamas official Mahmoud Zahar and other Hamas leaders did not pay a condolence visit to the family of Bahaa al-Ata in the first days after his death.

“This landmark case exposes a shocking and multi-layered planned conspiracy and campaign aimed at manipulating the public,” said Adv. Yifa Segal of the International Legal Forum.

Israel has long been concerned about the organization, and has argued that it helped promote a politicized idea of Palestinian refugee status that makes it hard to resolve the conflict.

This would be the first that Hamas cancels the protests since March 2019, over 6 months ago.

After two days of heavy fighting between Israel and the Palestinian Islamic Jihad, the two sides announced a ceasefire on Thursday morning, which went into affect around 5:30 a.m..

The ceasefire reportedly took effect at 5:30 a.m. Nonetheless, at around 6:00 a.m., rockets were fired from Gaza at Jewish communities on the border.

According to a report in the Arabic language al-Hayat newspaper, Israel’s message was delivered to Palestinian Islamic Jihad (PIJ) through United Nations Special Envoy for the Middle East Nickolay Mladenov.

An eerie quiet interrupted by rocket fire and interceptions

You could hear a pin drop, or a rocket fired

Israel’s maximum restraint and the myth of a ‘clean war’

In 2009, after more than 250 rockets, Israel would have been at war already. Today, there is no need for a rush to action and disproportionate response.

“We do not mean to escalate [the situation],” Netanyahu said, “but we will know how to…protect the state of Israel and its citizens.”

Expensive escalation: The civilian cost of the Gaza violence

Losses to businesses in the South and central regions were estimated to total approximately NIS 1.1 billion ($315m.) by Wednesday afternoon.

There are broader strategic reasons why Hamas has so far stayed on the sidelines, but part of it can undoubtedly be traced to Israeli intelligence success at liquidating Hamas’s weapons experts.

Poll - What should Israel do: ceasefire, continue strikes or retake Gaza?

More than 350 rockets fired at Israel which deploys tanks, artillery batteries along Gaza border amid predictions violence will escalate but what should the Jewish state do? Have your say.

Bennett's warning to Gaza: Harm us by day, you won't make it through the night

Naftali Bennett: Israeli security forces will hunt down every terrorist

The new defense minister also said that the terrorists are doing as much harm to Gazan civilians as they are to Israelis.

Islamic Jihad says not ready for ceasefire; PM: Israel will do what’s needed

“We will not tolerate attacks on our citizens,” Netanyahu said. “In the last year, we accumulated a mass of these attacks.”

PIJ says too early to talk about ceasefire

The NGO uploaded multiple videos and photos on their social media on Tuesday morning calling for a victory. Activists were also out and about hanging signs that said, "Bibi - Give Us The Order!"

People wondered out loud whether or not there would be a war.

#JiHadEnough, which was used in the IDF's tweet announcing the assassination of Baha Abu Al Ata, is the latest in the IDF's misguided social media campaigns.

Who is authorized to decide on military action in Israel?

Former chief military prosecutor explains that it is not clear

Who was Islamic Jihad's Baha Abu al-Ata and why did Israel want him dead?

The head of Palestinian Islamic Jihad’s (PIJ) Al-Quds Brigades in Gaza, Baha Abu al-Ata was considered one of the top terrorists in the blockaded coastal enclave. 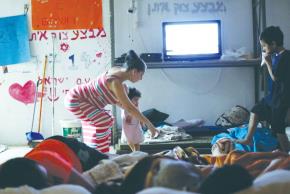 What should you do if you hear a rocket siren?

Over 6,000 Palestinians gathered along the border. 76 people were injured, 46 of them from live ammunition, according to Palestinian Health Services.

According to the official, Israel is willing to finance flights from an airport in the south for those who are interested in leaving.

Group's leader Yayha Sinwar vows to defeat IDF troops in the event of another war.

'Al Akhbar' newspaper suggested the reasons for the changes are the failure of attempts to resolve the clash with Fatah, which controls parts of the West Bank, and severe criticism leveled at Hamas.

Hamas: Our struggle is only against the occupation, not Jews elsewhere

"These remarks do not reflect the official stances of Hamas and its policy," stated Hamas in response to Hamas official Fathi Hamad who on Friday told Palestinians to "attack every Jew on Earth."

Qatar will allocate $480 million to the West Bank, Gaza

Hamas put out a statement from its political leader Ismail Haniyeh thanking the Emir for the planned transfer.

The interior minister was held by Israel for 20 years before being released as a part of the Gilad Shalit prisoner exchange deal.

Egypt delegation to announce ceasefire progress in next few days

Israel requested “an official postponement of the actual implementation of any understandings” with Hamas until after the April 9 election, according to a Palestinian report.

The images depict the commander of the Gaza division, Brig. Gen. Eliezer Toledano, as well as riot control measures.

The organizers said they are hoping that tens of thousands of Gazans will join the mass protests.

“The violence children witness daily, including the loss of loved ones... has left an entire generation emotionally damaged."

Depending on who describes it, there’s an anti-Hamas uprising or a Fatah-led ‘conspiracy’ taking place in the besieged strip of land.

A top United Nations official issued a rare rebuke of Hamas violence against Palestinians in Gaza on Sunday, after its security forces cracked down on protesters and journalists.

Tel Aviv Mayor Ron Huldai said in a statement he would open the city's bomb shelters. 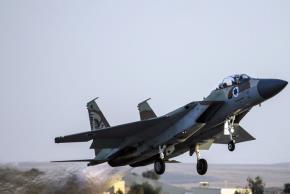 The small light aircraft piloted by an Israeli civilian had flown over Sderot without the coordination of authorities, in violation of civil aviation laws.

An IDF tank struck a Hamas observation post killing one Palestinian after an IDF officer was lightly injured Tuesday evening by gunfire along the border with the southern Gaza Strip.

The IDF elite unit that infiltrated the Gaza Strip was on a mission to plant espionage devices in order to spy on his group’s telecommunication network.

Human rights groups say Rafah has been the sole exit point from Gaza for an estimated 95 percent of its population of 2 million.

10,000 Palestinians riot along the Gaza border, IDF fires back

Six Palestinians were injured, according to Palestinian Health Ministry reports.

Fatah: Hamas has arrested 500 of our men in Gaza

Fatah officials in the West Bank on Monday accused supporters of deposed Fatah leader Mohammed Dahlan of helping Hamas in its crackdown on their members.

Will Abbas be able to hold new parliamentary elections?

ICC Prosecutor soon to say whether to probe Israel, Hamas for war crimes

International Criminal Court Prosecutor Fatou Bensouda late Wednesday finally said she is close to a decision on whether to fully criminally probe Israel and Hamas for war crimes.

Marc Lamont Hill accused Israel of denying “citizenship rights and due process to Palestinians just because they are not Jewish,” and expressed his support for the BDS movement.

Israel's ambassador to the UN, Danny Danon, responded by saying, "A terrorist organization going to the UN for assistance is like a serial killer asking the police for assistance."

Abu Asbah apparently worked in the building and government officials said that he had permits to reside in Israel. A woman was seriously wounded in the rocket attack.

Brother of Hamas commander killed by IDF worked for NASA

Prof. Suleiman, who was born in the Gaza Strip in 1965, returned from the US to the Gaza Strip two years ago to teach at local universities and colleges.

Brother of Hamas commander killed by IDF worked for NASA

Prof. Suleiman, who was born in the Gaza Strip in 1965, returned from the US to the Gaza Strip two years ago to teach at local universities and colleges.

This is how a war in Gaza that nobody wants begins

The PA role in isolating Gaza is often not acknowledged.