Biological life may have existed earlier than assumed - study

An analysis of a rock dating back 4.28 billion years produced proof that bacteria may have resided within it, challenging how old biological was assumed to have been.

Bacteria as seen under a microscope
(photo credit: WEIZMANN INSTITUTE OF SCIENCE)
Advertisement

Diverse life forms may have developed earlier than previously thought, according to a study conducted by University College London (UCL), the US Geological Survey, the Memorial University of Newfoundland Canada, the Carnegie Institution for Science, University of Leeds and the China University of Geoscience.

The study, which was published in the peer-reviewed journal Science Advances, re-examined a fist-sized rock from Canada that is estimated to date back 3.75 to 4.28 billion years.

A previous study conducted on this rock found that its form had been manipulated by bacteria, but some scientists disagreed because this would date biological life forms to 300 million years earlier than was commonly accepted, so the research team examined the rock further to prove their hypothesis and found that its structure was far more complex than originally thought.

One of the new discoveries was a "tree-like" stem in the rock that the scientists determined was most likely biological because there is no evidence of chemistry creating anything like it.

Furthermore, the chemical makeup of the rock led researchers to believe that the bacteria that lived in it lived off iron, sulfur and possibly, carbon dioxide. 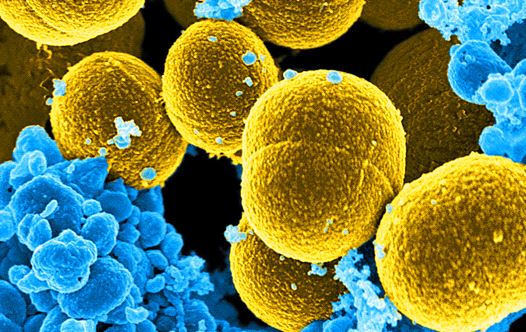 These findings suggest that there may have been a variety of microbial life forms on Earth as soon as 300 million years after its formation.

"Using many different lines of evidence, our study strongly suggest a number of different types of bacteria existed on Earth between 3.75 and 4.28 billion years ago," said lead author of the study Dr. Dominic Papineau.

"In geological terms, this is quick - about one spin of the Sun around the galaxy."