Several heads of Greek mythology gods including Eros and Dionysus have been unearthed. 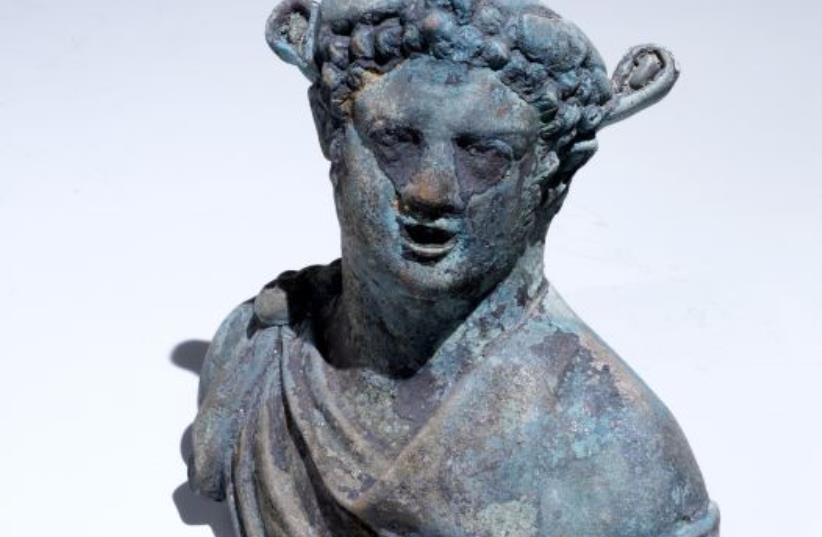 Amid the ongoing archaeological excavations in the ancient city of Aizanoi, present day Turkey, several heads of Greek mythology gods including Eros and Dionysus have been unearthed.

The discovered stone heads representing the Greek gods Eros (the god of love and sex), Dionysus (the god of the grape-harvest, winemaking, orchards and fruit, vegetation, fertility, insanity, ritual madness, religious ecstasy, festivity, and theatre), the demigod, Heracles (a divine hero in Greek mythology and the son of Zeus and Alcmene), and a number of other gods from the Greek pantheon, Heritage Daily reported.

Masks of Dionysus and Ariadne uncovered at the Castra site. (credit: CLARA AMIT/IAA)

Also unearthed were was a near-complete statue, missing only half of its pedestal and one foot, measuring over 2 metres in height and depicting a male figure. It remains unreported who the statue depicts.

What is Aizanoi known for?

Aizanoi, which is on the UNESCO World Heritage Tentative List, was founded as a Phrygian city on the western end of the Phrygia kingdom. During the Hellenistic Period, the city alternated between the hegemonies of the Pergamon and Bithynia Kingdoms, and then came under Roman control in 133 BC.

Excavations in the city have been ongoing and include last year's discovery of stone heads within the vicinity of the latest discovery, where researchers unearthed the head of Aphrodite (the goddess of love), and Dionysus. In 2020, archaeologists found a headless statue of Heracles, although the latest stone head of Heracles doesn’t match the previous statue, suggesting that another statue remains to be found.