Comedienne recounts a visit from the Holy figure in her dreams; “Fertilized eggs aren’t people. People are people,” she says. 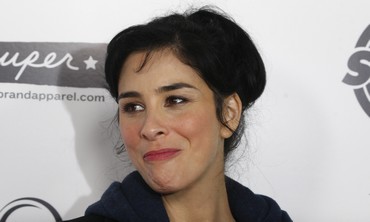 In Sarah Silverman’s latest PSA, the comedienne recounts her experience being visited by Jesus Christ. Yep, the Jesus Christ.Believe it or not, he showed up in her home, asking her her to spread his message to the people!“Even if they think you’re kidding they’ll hear it. And they’ll make their own choice,” Christ explains. Then the pair launch into a reproductive rights pow-wow.While, like all Sarah Silverman productions, this video contains come explicit content–think Jesus dropping F-bombs and detailed catheter illustrations. But there are some fun facts here, too. You’ll learn about when “One nation under God” was added to the pledge of allegiance, how many abortion clinics Texas governor Rick Perry plans to close down, and that Jesus not only loves “NCIS,” but he’s a total Dinozzo. Bonus: Silverman’s Jesus offers up his definition of when life begins.“At 40,” he says, pausing before he and Silverman break into giggles. But seriously, “The fertilized eggs aren’t people. People are people.”Lest you think this new found connection with Jesus might indicate Silverman has converted, Jesus himself confirms she’s still a tribe member.“That’s a good Jewish girl!” he tells Silverman. While massaging her back.