Close encounters of the literary kind

An excerpt from an interview with Israeli storyteller Eli Amir on the eve of the International Writers Festival. 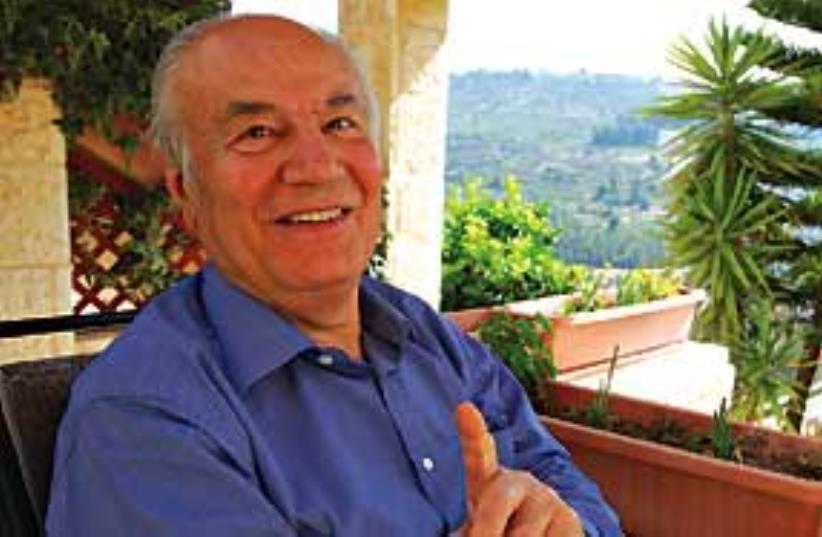 eli amir311
(photo credit: Sarah Levin)
Advertisement
The International Writers Festival of Jerusalem is taking place this week at Mishkenot Sha’ananim. It will also be celebrating the 150th anniversary of the decision of Jewish families to leave the overcrowded Old City and build new neighborhoods around it, one of them being Mishkenot Sha’ananim itself. More than 20 writers from across the globe have confirmed their participation in the festival, where they will meet some 40 local authors. Some less common encounters will also be featured, such as meetings between authors and musicians. Old and new, tradition and renewal will be present at this prestigious gathering, which is also a way to remind locals and foreigners that Jerusalem is naturally associated with books. Among the Israeli authors participating will be Eli Amir, who fled Iraq with his family when he was a child. In his books, he has vividly described his experiences as a Jewish youth arriving from an Arab country and culture into the Ashkenazi-dominated kibbutz and Zionist environment that prevailed here in the early 1950s. His latest book, The Dove Flyer, is the first in a trilogy reconstructing his childhood in Baghdad. Scapegoat recalls his early years as a teenager in the ma’abarot, and  Jasmine recounts his youth in Israel. Recently, Scapegoat and The Dove Flyer were translated into English.Amir, 72, for years the head of the Youth Aliya organization and a social activist identified with the Labor Movement, lives in Gilo. He strives to acknowledge the problem of immigrants from Arab countries, whose culture was considered to be inferior for years. He is involved in numerous projects to promote the Oriental culture and history. What do authors look for in such festivals?It is about the encounter with foreign writers. For me, it is an opportunity to meet the people behind the names written on the books I read and love. It is important because each of us believes that the “other” knows the secret or holds the key to the secret – because writing is a sort of a secret or a miracle happening in front of our eyes, so we all look for the secret of how to do it. I come to meet them, and somewhere in my mind, in my imagination, I hope I will find the writer who has it. Perhaps I could steal it from him? But sometimes it can also be disappointing because you come to discover someone you’ve read, and there you meet somebody who doesn’t measure up to your dreams or your imagination. It can be very frustrating.What else do you look for?
You want to find out about the others’ sources of inspiration. Do you have a key to these sources?Yes, of course. I have my keys, I have my secret. But when I attend these encounters, I come without it. I come as a reader. I leave my writer’s hat behind. I come as I am. I sit among the public, listen to what is being read, mingle as part of the public. I find it enchanting.Who else attends?
It is very intriguing to see the people who attend. Readers and the curious; people who want to touch those who know the secret of making a story come through, dreaming they might be touched by some grace and obtain for themselves the key to that secret. You also meet those who read your books very seriously, and they have all kinds of things to say – criticism, appreciation, suggestions. Some of them, in fact, bring you their own story, hoping it will get the appropriate “treatment” in your hands.Do you like that feeling?I love it! Friendship grows from there – ties, acquaintances between people, between writers and readers. It opens doors. And on top of that, it allows for encounters with decision-makers, critics and media people. Think of it – it is an exciting occasion to show such a beautiful face of Israel, not to mention revealing the incredibly wide range of literature we have here – beyond anything that exists anywhere else.How can you explain the extraordinary amount of literature that is published here?
We are the first generation of immigrants; the urge to tell our storyis tremendous – the need to leave our footprints in the sand of theimmigration waves. Some of us have gone through horrible stories. Ourwriting is our shelter. It is also a time when we see the end of thedynasties: I was Fuad Elias Khalaschi. Today, I am Eli Amir. This isalso because nobody could pronounce my name correctly, so I got sickof it and changed it. You know, my eldest son read my most recent bookwhile he was away on a trip. When he came back, I went to meet him atthe airport. The first thing he said to me was, “Dad, I read your book.Now I know who you are.” It was a unique moment. And, of course, thetremendous tension in which we live here – this also ends up as a largeharvest of writing.The full interview with Eli Amir will appear in this Friday's issue of In Jerusalem.
Advertisement
Subscribe for our daily newsletter