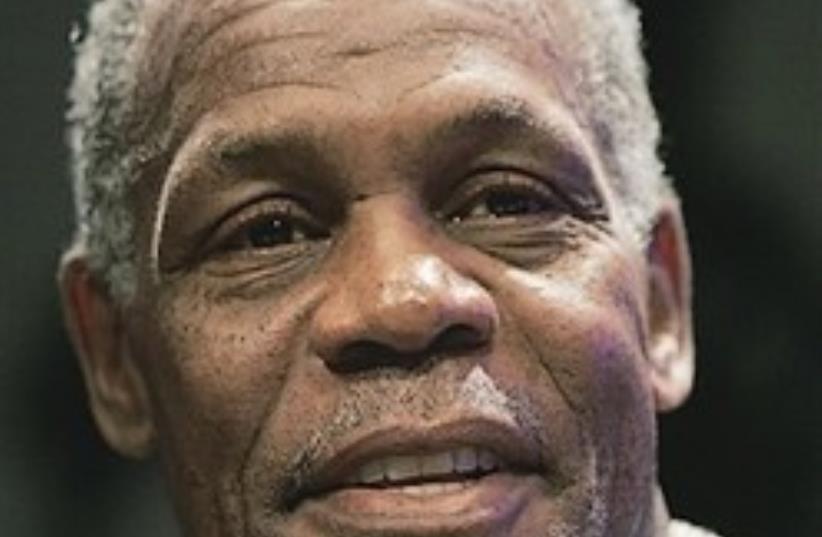 Danny Glover
(photo credit: AP)
Advertisement
Some 50 celebrities, artists and filmmakers, including actors Jane Fonda and Danny Glover, musician David Byrne and filmmaker Ken Loach, have accused the Toronto International Film Festival of "complicity with the Israeli propaganda machine" over its spotlight this year on Tel Aviv.
The 2009 festival will present 10 films by local filmmakers on the Israeli metropolis, for its City to City program, which each year focuses its lens on a different city.
The choice led to protests that the film festival was "staging a propaganda campaign" on Israel's behalf, given "the absence of Palestinian filmmakers in the program," said an open letter to festival organizers, AFP reported.
The program "ignores the suffering of thousands of former residents and descendants of the Tel Aviv-Jaffa area who currently live in refugee camps in the Occupied Territories" after a "mass exiling of the Palestinian population" in 1948, according to the letter.
"Looking at modern, sophisticated Tel Aviv without also considering the city's past and the realities of Israeli occupation of the West Bank and the Gaza Strip, would be like rhapsodizing about the beauty and elegant lifestyles in white-only Cape Town or Johannesburg during apartheid without acknowledging the corresponding black townships of Khayelitsha and Soweto," AFP reported the letter as saying.
The controversy started on August 28, when Canadian filmmaker John Greyson withdrew his film from the festival in protest.
Festival co-director Cameron Bailey reacted on Friday by saying the film festival, which runs from September 10 to 19, was showcasing two films by Palestinian directors.
AFP reported that Bailey was attracted to Tel Aviv because "films being made there explore and critique the city from many different perspectives."
But "we recognize that Tel Aviv is not a simple choice and the city remains contested ground," he added.
Among the films being screened are Danny Lerner's Kirot, Keren Yedaya's Jaffa, Uri Zohar's Big Eyes and Eytan Fox's The Bubble, films which Jerusalem Post film critic Hannah Brown says shows Israel society, warts and all.
"Anyone who would call The Bubble pro-Israeli propaganda, when it focuses on the Palestinian-Israeli conflict and has a hero who falls in love with a Palestinian, is so absurd as to defy any logic. It's quite possible that there is no other city in the world where mainstream (and often government-supported) filmmakers have been so staunchly and relentlessly critical of their government," Brown wrote in the Post last week.
Advertisement
Subscribe for our daily newsletter