For once, Lady Gaga avoided hogging the spotlight, instead of her usual bizarre fare - dresses made of meat or Kermit the Frog dolls.

By NOA AMOUYAL, LAHAV HARKOV
MARCH 3, 2014 17:41
Oscars best dressed
(photo credit: REUTERS)
Advertisement
Best dressed: Kristen Bell and Idina Menzel played sister princesses in "Frozen" and they looked equally regal on the red carpet. Both chose strapless column dresses with trains to the side and necklaces from Piaget and Chimento, respectively, that perfectly accented their looks; maybe they coordinated outfits? Bell's Roberto Cavalli is an excellent example of the nude-color trend that reigned supreme, while Menzel's flattering dark green Vera Wang was a refreshing break from the sea of neutral color. 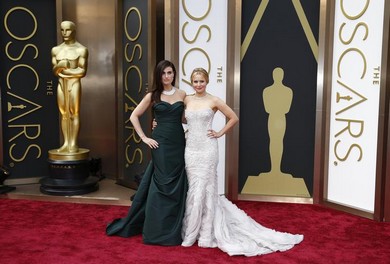 For once, Lady Gaga avoided hogging the spotlight. Instead of her usual bizarre fair - dresses made of meat or Kermit the Frog dolls - the pop star graced the red carpet in an elegant blush Versace gown reminiscent of Art Deco architecture, with a long pink scarf. Her slicked-back hair and simple make up left the focus on her embellished dress, while her Lorraine Schwartz earrings were the perfect accent. 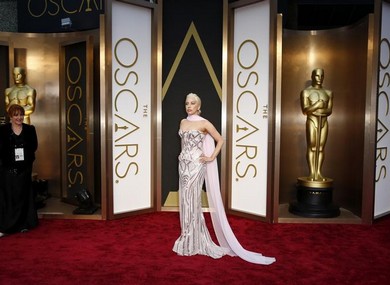 Lady Gaga (Reuters)
Putting someone who looks like Charlize Theron on a best-dressed list may be cheating, because anybody with her features automatically looks amazing by default. But Theron outdid herself last night even by her standards. Her dramatic and bold Christian Dior gown and striking diamond pendant is a clear example of how a starlet should dress when on the red carpet. The minimal make up and polished pixie cut only enhanced her sexy and sophisticated look. 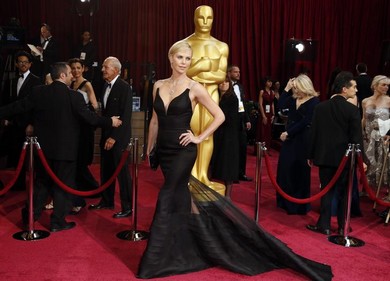 Worst dressed: For a while, it seemed like everything Anna Kendrick did was "Pitch Perfect," with the musical film and her version of the song "Cups" unexpectedly becoming smash hits, but this dress marks the end of her winning streak. Her J Mendel dress is, in short, a mess. The frock is far too busy between the high slit, floral sheer belly panel and faux one-shoulder effect. At least her hair and makeup is lovely, as are her Piaget earrings. 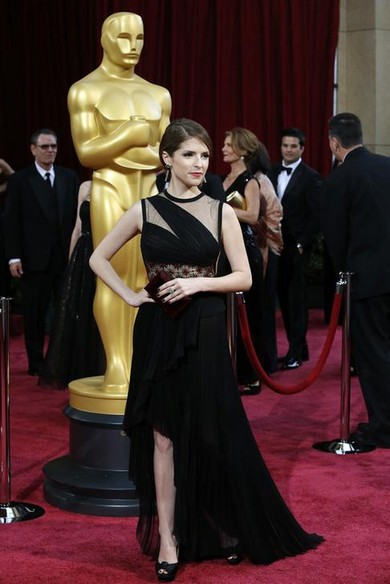 Peplum is a tricky mistress. Wear it right and it instantly gives you a feminine, elegant waistline. Wear it wrong and it appears as if your hips have doubled in size. Julia Roberts, unfortunately, did not do peplum right in this Givenchy dress. In addition to the unnecessary peplum, the dress also sported a weird, scratchy looking lace inset along her waistline. Roberts, in general, isn’t known for smart fashion choices but she could have easily worn something to accentuate her trim physique. Her makeup looked nice, though. 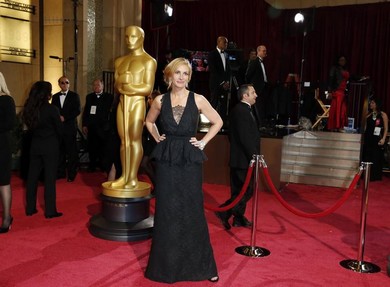 It's hard to discern what this macramé Naeem Khanivory gown is actually supposed to be. A tablecloth? A fishing net? A honeycomb? Either way, it's weird. While the fit of this intricately patterned nude gown with various cutouts is fine, the dress seems overly matronly, despite being mostly sheer, and the color washes her out. Certainly, De Rossi, who was in attendance to support her wife - Oscar host Ellen Degeneres - should be able to find something more flattering (and less confusing!) to flatter her lithe frame. 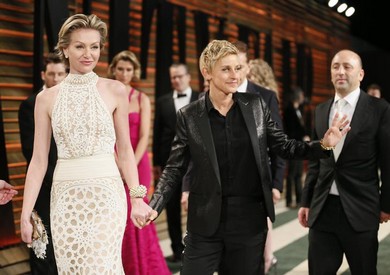