The Ballet Theater of St. Petersburg comes to Israel with two classical productions – Swan Lake and The Nutcracker.

By JERUSALEM POST STAFF
AUGUST 26, 2014 16:26
The Ballet Theater of St. Petersburg comes to Israel with two classical productions – Swan Lake and The Nutcracker.
(photo credit: PR)
Advertisement
FILM 1. GROWING PAINS Twelve years of filming a boy and his family, and the actors who play them, has resulted in an intimate portrait of a life unfolding – and an exceptional film. The cast of characters in Richard Linklater’s Boyhood expands and contracts through the years, but the central family unit con- sists of Ellar Coltrane as the boy, Mason Jr.; Lorelei Linklater, the director’s daughter, as older sister Samantha; Patricia Arquette as single mother Olivia; and Ethan Hawke as Mason Sr., the father who is finding his way back into his children’s lives as the film begins. Shooting started in 2002, and Linklater wrote the scenes each year after meeting with his cast. Year after year, the movie moved forward, taking shape and growing up alongside Mason Jr.DANCE 2. GLORIOUS CLASSICS 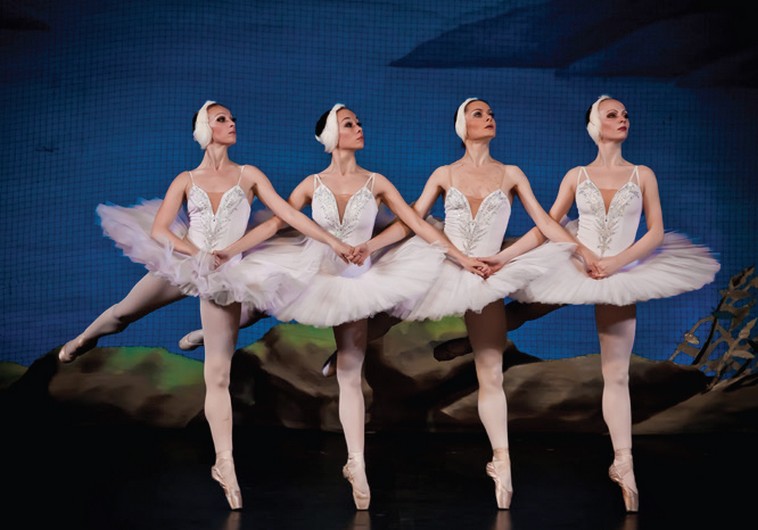 The Ballet Theater of St. Petersburg comes to Israel with two classical productions – Swan Lake and The Nutcracker . Following the original choreography of the Mariinsky The- ater, it meticulously strives to preserve the classical, refined style of the glorious past of Russian ballet. For its last performance here, the troupe will perform an evening of highlights from its rich repertoire.September 2 to 7 at the Tel Aviv Perform- ing Arts Center (the Opera House). For details and tickets, go to www.eventim.co.il or call *9066.3. STEPPING IT UP The Jerusalem Dance Theater troupe performs Other Steps , works by four choreographer- dancers: Step Count by company artistic director Lior Lev; Backwardbill by Liat Weissbrot; Letters to a Dog by Eyal Nachum; and Sneak Peak by Ido Batash. All four creations incorporate contemporary Israeli and European influences.Sunday at 9 p.m. at the Suzanne Dellal Center, Tel Aviv. For tickets and more infor- mation: (03) 510-5656 and www.suzanne- dellal.org.il 4. DIVING INTO POLITICS The Divers Festival of contemporary dance opens on September 3. This year, the works focus on the politics of dance, inviting viewers to approach the subject through performances, lectures and films.September 3 to 23 at Mahsan 2, Jaffa.For more information, go to www.divers- festival.com.MUSIC5. MANHATTAN AT THE MANN Legendary jazz ensemble Manhattan Transfer returns to Israel for the third time. The group, which is considered one of the most successful jazz ensembles in the world, had huge hits such as “The Twilight Zone,” “Boy from New York,” “Birdland,” “Route 666” and “Chanson D’amour.” The program includes its great- est hits. Mixing jazz with rhythm and blues and big band, the ensemble renders a highly entertaining performance.Monday, 9 p.m. at the Mann Auditorium in Tel Aviv. For tickets go to www.leaan.co.il

6.  SOUNDS EXCELLENT The Jerusalem Chamber Music Festival, under the artistic direction of Elena Bash- kirova, offers a host of musi- cal gems. The roster includes a string of sextets by Brahms, Strauss, Mendelssohn and Glinka, as well as renditions of Ravel’s La Valse , Schoenberg’s Verklärte Nacht , Beethoven’s Serenade in D Major op. 25 and the world premiere of Noam Sheriff’s String Quintet.September 4 to 13 at the YMCA, Jerusa- lem. For tickets and more information: (02) 625-0444 and www.jcmf.org.il ART7. IN GOOD MEASURE A new exhibition at the Jerusalem Artists House titled “Surveyors (Paint- ing)” features works by Ronen Siman-Tov. For the past 15 years, Siman-Tov has been carrying Avraham O fek’s (nearly extinguished) torch while traversing the high road of creation, marked by the existential and religious. Painting after painting, Siman- Tov ponders the riddle of existence and the metaphysical meaning of being a man, between earth and heaven. The “Measurers” series marks a dramatic shift in Siman-Tov’s artistic grammar, an approach that is clearly Baroque, which links his grammar to that of the early Velázquez and even Caravaggio.Opens Saturday at noon at the Jerusalem Artists House.8. IN FASHION, OUT OF FOCUS Miri Davido- vitz, one of Israel’s top fashion photographers, will have an exhibition at the Eretz Israel Museum called “Rock in Black,” featuring photographs of the 1980s club scene in Tel Aviv. The photos express the period and the nightlife in Tel Aviv, as well as London, Berlin and New York. Davi- dovitz, who has returned after spending several years in London, was influenced by the dark style of fashion photography of the time and took photos that were intentionally “bad,” using direct, hard light and out-of-focus frames, creating a new and avant-garde style in the Israeli fashion world.Opens next Thursday at the Eretz Israel Museum, 2 Haim Levanon Street, Ramat Aviv. www.eretzmuseum.org .il UPCOMING 9. HIGHLY SPIRITED This year’s Sacred Music Festival will take place from September 9 to 12 in Jeru- salem at the Tower of David Museum, the Mishkenot Sha’ananim Music Center and a number of open-air sites. More than 150 local and international enter- tainers will participate in the musical celebration, bringing together different religious beliefs and spiritual inclinations in one big festival of peace and creativ- ity.Among the participating artists are Joshua Nelson and the Klezmatics from America; the Shabab El Andalusian orchestra from Morocco; and Peretz Eliyahu.

For information and tickets: www.jerusalemseason.com MUSIC10. UP TO STANDARD The Jerusalem Yellow Subma- rine ensemble returns with a series of con- certs in Jerusa- lem and Tel Aviv called Not Stan- dards, hosting different musicians in each performance.The opening concert will host singer-songwriter Alon Olearchik.September 5 at noon at the Zone Club in Tel Aviv; September 6 at the Yellow Submarine in Jerusalem
Advertisement
Subscribe for our daily newsletter