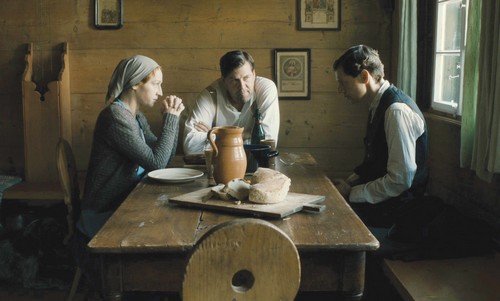 FILM 1. THE NONCONFORMIST Set in a world where people are divided into distinct factions based on human virtues, Divergent, a thrilling fantasy action-adventure film, tells the story of Tris Prior, who is warned she is Divergent and will never fit into any one group. When she discovers a conspiracy by a faction leader to destroy all Divergents, she must learn to trust in the mysterious Four, and together they must find out what makes being Divergent so dangerous before it’s too late.2. BRITISH HERITAGE The UK Jewish Film Festival, established 18 years ago, returned to the Tel Aviv Cinematheque last night and will continue until Sunday. The festival features movies about Jewish life from around the world, not necessarily from the UK.Among the festival guests are Matthew Gould, the British ambassador to Israel; Seth Fisher, who will be present at the screening of his film Blumenthal; Jill Soloway, who won the coveted Best Director award at the Sundance Film Festival for her film Afternoon Delight.For more information, go to the UK Jewish Film Festival website at http://ukjewishfilm.org/festival/ukjf-film-festival-tel-aviv or www.cinema.co.il/news.OPERA 3. BOHEMIAN LOVE STORY The Israeli Opera’s next production is Puccini’s all-time favorite love story La Boheme, with conductor Daniel Oren.Italian director Stefano Mazzonis di Pralafera and set designer Carlo Sala bring this popular opera to life with a cast of international and local soloists that include Giorgio Berruggi as Rudolfo and Maria Agresta as Mimi.From next Thursday to May 10. For tickets, call (03) 692-777 or go to www.israel-opera.co.il.THEATER 4. A TALE OF ONE CITY Award-winning Hollywood/Broadway director, producer and playwright Bernie Kukoff presents Ah, Jerusalem, a unique one-hour English-language show at the historic Tower of David Museum in the Old City of Jerusalem.Every Friday afternoon in April through September. Open-air theater, Tower of David (next to Jaffa Gate). From tomorrow to June 27 at 3 p.m. For reservations, call *2884. For more dates and information, go to www.towerofdavid.org.il

5. IRON LADY Yulia, a play that tells the story of former Ukrainian prime minister Yulia Tymoshenko, will be presented at the Jaffa Theater.The English-language play, which gained critical acclaim at the 2013 Edinburgh International Festival, takes place in prison after Tymoshenko was sentenced to seven years. Her cell mate Lina is a prostitute from Odessa. We learn about the recently liberated leader’s life through conversations between the two. Monday at 8:30 p.m. at the Jaffa Theater, 10 Mifrayz Shlomo, Old Jaffa, (03) 518- 5563, www.arab-hebrew-theatre.org.il.MUSIC 6. FRIENDS IN HIGH PLACES Conductor and piano soloist Olli Mustonen and the Jerusalem Symphony Orchestra present the seventh concert of the Friends series Mendelssohn & Friends.On the program: Beethoven’s Consecration of the House and his Piano Concerto No. 3; and Mendelssohn’s Symphony No. 4, “Italian.”

Next Thursday at 8 p.m. at the Jerusalem theater. Tickets: 1-700-704-000 FAMILY FUN 7. CARVED IN STONE The Stone in the Galilee International Sculpture Symposium, now in its 24th year, will display the works of 14 Israeli sculptors. Based in Ma’alot-Tarshiha, the event is open to the public and is free of charge. Beyond taking in the art, guests are invited to workshops, tours of the town, wine tasting and more.8. NOT JUST FOR KIDS Also celebrating 24 years is the Haifa International Children’s Theater Festival.This year, the program will include the premiere of a new production based on Hanoch Levin’s Uncle Max’s Journey.Outside the theater halls, visitors can also enjoy performances by street artists from Israel and abroad.9. TINY CARS In south Tel Aviv, Hatahana will host an exhibition of model cars and trains. More than 100 mini Mercedes from the past century, as well as a kilometer of train tracks and an array of rare vehicles, will be on display.10. STAGE PERFORMANCES The Janco-Dada Museum is a staple destination in the scenic artists’ village of Ein Hod. During the holiday, the museum will present the comedic play Grandma Pashka’s Circus. Performances are open to the public. Dance workshops and tours through the museum will also be open to the public.