An end-of-the-week brunch in the hills is a great way to soak up local flavor – and sun. 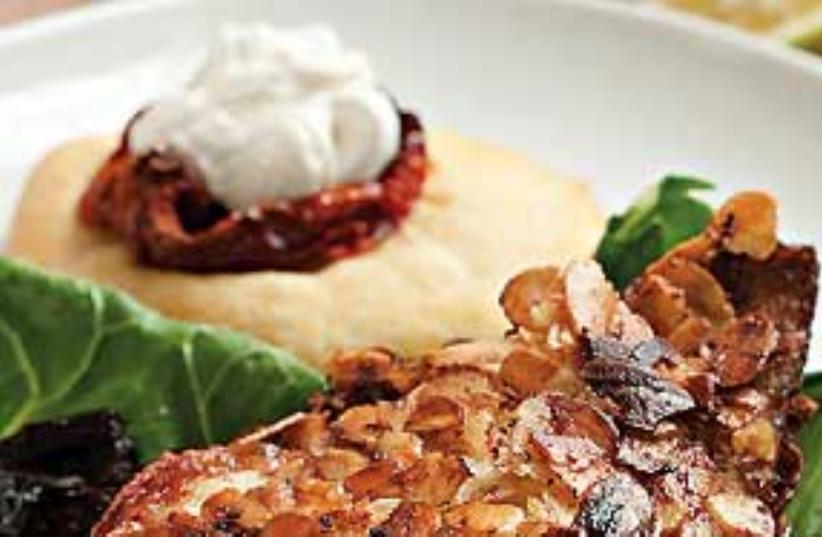 food311
(photo credit: Courtesy)
Advertisement
I don’t know about you, but when the weather starts getting nice, I frequently find myself with the urge to sit outdoors in some quaint cafe, sipping coffee and taking in the sunshine. But then I get stuck: I live in a “big city,” and most of the “quaint cafes” border on busy streets. Car fumes take away from the outdoor atmosphere – just a tad.Well, now there’s a new option – at least on Fridays. Luiza Bagan is a brand new outdoor eatery that serves brunch on Fridays. The prices are on the high side, partially because of the boutique and organic ingredients used. But for a special treat, it’s worth shelling out. The kosher restaurant, furnished with green-painted tables and chairs, is located in Abu Gosh in a courtyard hidden between buildings. If the garden surrounding the cobblestone patio fills in a bit, the atmosphere will rank even higher. Still, there are birds chirping, which is something you don’t get in town. Of course, if you time it right, the muezzin calls will also fill your ears, and the highway is audible in the distance.But what is lacking in ambience is made up for on the menu. The dishes offered at Luiza Bagan are a refreshing departure from the standard fare found at most dairy restaurants. The offerings are Middle Eastern, rich with flavor and color. Almost everything my dining partner and I sampled was exceptional. The only disappointments were the foods that weren’t inherently Middle Eastern: the pea-filled ravioli (NIS 43) and the sashimi-stuffed grape leafs (NIS 43, or included on the couple’s menu).We ordered the couple’s menu (NIS 250), which came with fresh juice (I took a dark, cloudy, delicious apple, and my dining partner went with OJ that was impressively orange-tasting). We also sampled the beet ija, purple, latke-like patties made with beets and cilantro and served with a tehina cream sauce: eye-catching and bursting with flavor. The fattoush salad, with watermelon, capers, toasted pita and Iraqi cheese, was refreshing and fun. The dish called a “crust” was a knish-like pocket, with turmeric-infused dough and an onion filling. It tasted Middle Eastern, all right – and that was a good thing.Wait: We’re not done. We also indulged in a wonderful almond-covered sea bass fillet; the fish was fresh and came with brioche and a dollop of sheep’s-milk labane, Swiss chard and olives. Plus, there were a variety of breads and butter.

The couple’s menu also includes a dessert: We opted for the tiramisuand took an additional kadaif Napoleon (NIS 40). The tiramisu consistedof layers of phyllo dough, a coffee-cardamom cream, halva andmascarpone and was just as good as it sounds. The Napoleon was a light,invigorating treat, with a sweet kadaif layer at the bottom, toppedwith spearmint cream, lemon cream and pistachios. The desserts wereboth delightful, although they were small, making the price tag a bitquestionable.When we first sat down at our table and it was laid out with littlebowls of coarse salt and pepper, I looked forward to using them.Unfortunately, I had no need for them in any of our dishes. The chefs,who run a catering service and offer Friday takeout, know what they’redoing in a Middle Eastern kitchen. They use fresh ingredients,manipulate flavors so that they pop, and present everything with asimple, country-style flair. Just 20 minutes outside Jerusalem, LuizaBagan is a great spot for a Friday change-of-pace treat.Luiza Bagan, Haduvdevan 1, Abu Gosh (call or check the Web site fordirections). (02) 533-7120, www.luiza.co.il. Open Fridays from 9 a.m. –4 p.m. Kosher.
Advertisement
Subscribe for our daily newsletter