Maze cartoon of nuclear horse race, with Iran catching up. 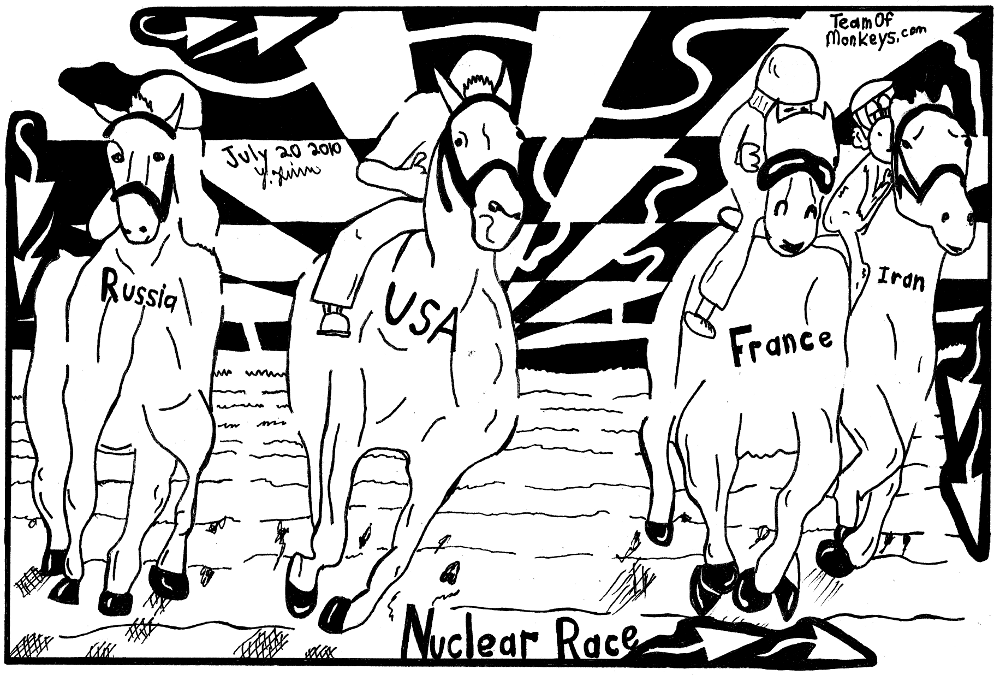 maze cartoon Nuclear Horse Race iran france usa russia, yonatan frimer
Maze cartoon of horse in the nuclear race, with USA, Russia and France in the lead, and with Iran trailing but catching up.   Yonatan Frimer MazesClick here for a printable, hi-res version of this maze
Click here for the maze solution of Nuclear Horse Race
More about the maze cartoon''s topic:
Iran will not back down in nuclear standoff: Ahmadinejad
QAZVIN - Iran will not step back an inch in its nuclear program, President Mahmoud Ahmadinejad said in Qazvin on Monday. No sanctions resolution can force Iran to relinquish its right to access to nuclear technology, he added. The president stated that the imposition of sanctions on Iran has not only proven to be counterproductive but has actually helped the country consolidate its self-sufficiency. Since they imposed sanctions on Iran in 2006, the country’s industrial exports have nearly tripled in Qazvin and some other provinces, he noted. “If they step up their pressure now, our industrial complexes will be able to become competitive at the international level,” he added. He also criticized... (Read full article on Tehran Times)
Advertisement
Subscribe for our daily newsletter