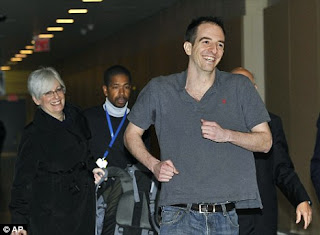 On the hunt for Ilan Grapel.My first port of call was to my cousin in London, she studied at the IDC in Herzliya with several people who had met him before he was incarcerated. She sent me to an American who had served in the Nahal at around the same time that Ilan had served in the Tzanhanim and they had met each other once or twice. He chose not to be named.My phonecall to X lasted a good 10 minutes and he told me all about meeting Ilan after the army when Ilan spent a couple of days on his couch visiting. He recalled how it was "very apparent from talking to him that he was a huge Arabist." X relates being pretty surpised at hearing how this former IDF Paratrooper told him stories about teaching people Hebrew in Egypt and talked about hanging around with guys from the Muslim Brotherhood. But when it came to the allegations that Ilan was a Mossad spy he simply said "no way man!" When I pressed him as to why not he went on to detail how "he had pictures of himself in his IDF uniform on his Facebook page for all to see. It was wide open, like you didn''t even have to be his ''friend'' to see them, you could just look him up." He also insists that there is no way Ilan was guilty of trying "to foment Muslim-Christian tension and turn the people against the army in the days following the ousting of President Hosni Mubarak" as had been suggested by Egypt''s State Prosecutor at the time of his arrest."There''s no way he was a spy and there''s no way he would have done anything violent, he''s just a guy who loves to talk, loves to debate is all." So the trail had begun to warm up, I had spoken to someone who had actually met the man and spoken with him at length about Israel/Palestine and the Middle East, now I needed to close in a degree of separation. Before I could bring it up X said "you should speak to Y, he is like one of his best friends man, he was a big part of the campaign to bring him home." Jackpot! I think to myself! "fantastic" I say, what''s his number?" So the story moves to the United States as I close in on Ilan via his best friend.After almost giving up I finally managed to get hold of Y who is living in the United States, unfortunately he doesn''t want to be named either. So now I have to offer my sympthies to the guys in Haaretz. Being proper journalists there''s not much chance of them being able to use unnamed sources in their stories and therefore they wouldn''t be able to continue any further. However as a blogger, the insurgents of the journalism world, I am free to interview X and Y and let you decide whether or not they really exist or are simply a figment of my imagination.So Y starts talking to me about how he has just flown back home after meeting up with Ilan in New York, actually after meeting him at the airport in what he described as "One of the most amazing, exciting times of his life." He relays to me titbits of information about Ilan''s time in prison. "He was arrested at the youth hostel he was staying in, he was cuffed and hooded and led away." I asked Y about Ilan''s treatment at the hands of the Egyptian police, Y informs me, as Ilan has already informed the world, that there was no physical torture. "They just kept going on at him in the interrogation that he was a Mossad spy and he just kept denying it. After a while they started accusing him of other things too, really bizarre things." Now this is getting more interesting I think to myself and I ask "What kind of things?" "Well, they accused him of being involved in a plot to smuggle weapons over from Libya with which he was gonna attack Christian targets in Egypt to foment unrest." Blimey, we are really going through the looking glass now!"What did he say to that?" I ask slightly taken aback"What could he say? He just kept on denying it and denying it until they began to understand that they had the wrong guy.""Did he know where he was being held?""No dude he didn''t know, but he did say that the Egyptians treated him with respect, that they never physically abused him or anything, in fact he was treated like a VIP prisoner.""A VIP prisoner? What does that mean?""Well he was kept in solitary confinement for the whole of his incarceration, which actually was probably the best thing as the other prisoners are treated really badly and he was given the choice of three different things to eat everyday, including pizza.""Hmm pizza, I still can''t quite figure out why they arrested him, what was it that he was doing that led the Egyptians to him and to decide that he was a spy?""Listen Ilan was there at a fascinating time, there were a lot of changes going on, he is a guy who loves to adventure and loves to see things and maybe they arrested him just to distract from some of the things that were going on...There was also a picture taken of him holding a sign, it was like a tourist trap, you know you pay a couple of dollars and they take your picture" 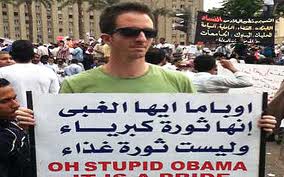 That wasn''t exactly an answer to my question but I didn''t push, it''s not a question that even Ilan himself would necessarily be able to answer."Has his incarceration changed the way he views the world?" I am trying to subtly allude to his views of the Israel Palestine conflict... trying to be subtle."He hasn''t changed in any way because of this and he still doesn''t know who betrayed him, the thing is he has always been a Zionist, in fact the only time he missed his reserve duty was when he was being held by the Egyptians." I thanked Y for his time and meekly asked him to reccommend the Jerusalem Post as the place to give his big interview. "I dunno man, he''s getting calls from like CNN and all the big guys for an interview. They''re taking it slowly and are going to be strategic in who they give access to. But I''ll mention it to him" Ah well I got pretty close, between X and Y a picture emerges of a man who believes in an Israel that stands a chance of being at peace with the world around it and who then went one further and tried to prove that Egyptians could like him in spite of his Israeli citizenship and army service.In most of the articles that I have read about Ilan he has been portrayed as a naive guy who got himself caught up in something bigger than himself and essentially paid the price for his simple reading of the world. I am not so sure, I think that actually the Ilan Grapel story represents something much more tragic than that. Here is a man who came to Israel, did his duty and took a bullet in the shoulder for his efforts. Undiscouraged he STILL believed in the inherent good in people and set out to prove it. He spent time in Cairo (more than once) meets nice, friendly people there and dispels the myth that all Arabs hate Jews, at least he dispels it to himself through his own interaction with Arabs. He makes friends, learns the language and has an all around good time only to have it crash down on his head. Sure the cynics out there will turn around, wave an accusing finger and say "I told you so". Perhaps if there were more Ilan Grapels out there, willing to take risks we wouldn''t all be stuck in this mess that we call the Israeli Arab conflict. He took a chance and it didn''t work out for him in the end but at least he took the chance to get to know the ''other'' how many of us can say the same?