Dana International gives us a taste of Cruella de Vil 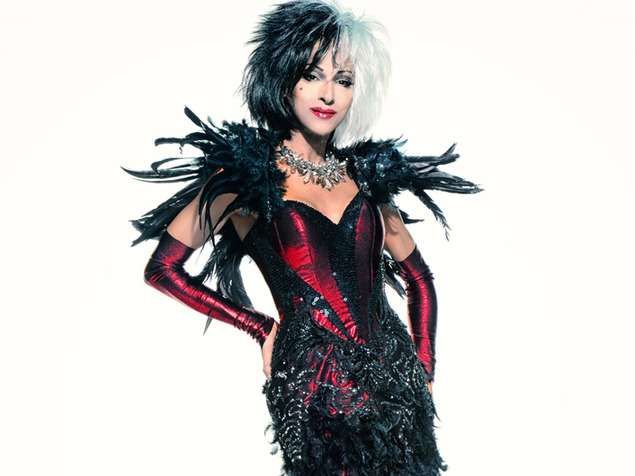 Dana International uploaded to her YouTube page a first taste of her adorable role of Cruella de Vil.During the past Hanukkah, Dana took on the dog-fur-loving fashionista in a live-musical Israeli adaptation of "101 Dalmatians", alongside Orna and Moshe Datz, a perfect casting that proved itself in tickets sales.Over the weekend, Cruella de Vil's introduction song in the musical was uploaded to the international superstar’s YouTube page, and it’s full of references to Dana’s famous Eurovision winning song, Diva.“I am Diva, Aphrodite, I’m someone who people look up to,” she sings in the first line of the disco song, and later in the song she disses wearing feathers (a reference to  her memorable Jean Paul Gaultier's famous feather dress, which she was offered for the Eurovision Song Contest.) Her Cruella de Vil might be described as a fashionista, but Dana herself is not absent from the fashion columns either. Lately, after a dress that was designed by John Galliano and wore by Jennifer Aniston to the SAG Awards in Los Angeles was marked on the best dress list all over the world, Dana returned to the gossip columns after she uploaded to her Facebook page an almost identical dress that she wore 17 years ago to her Top of the Pops performance.This weekend, the official Eurovision website announced that the Israeli Diva will perform in a special BBC “60 Years of Eurovision” concert, that will be dedicated to the song contest’s greatest hits of all time. It was announced that Dana will join the guest line-up with other past winners, including Brotherhood of Man (from the UK), Loreen (Sweden) and Dima Bilan (Russia). The special event will be held at the end of March in London.