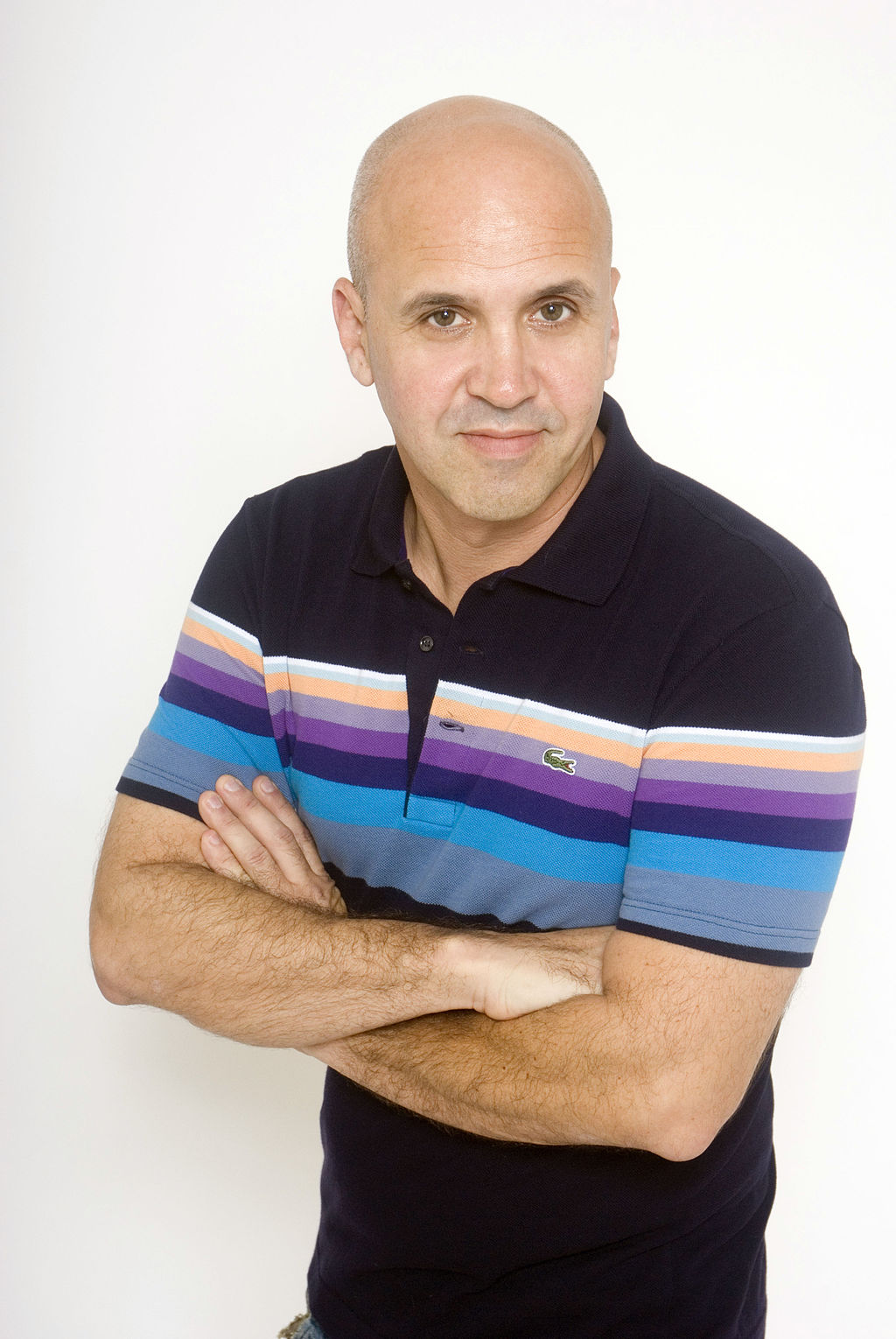 Gal Uchovsky thinks that Israel is some kind of haven for people from the LGBT community. “It relates to the Israeli-Palestinian conflict,” he teases. "It's also related to the death of soldiers, of young people, throughout the years. Israel is not a traditional country in the sense of long-term traditions. I mean, Israel is a country in which public opinion moves easily and people adopt changes very fast, technologic changes and all sorts of things that I explain in my lectures.”Gal Uchovsky promises to elaborate on this subject in May, as he’s coming for a speaking tour in the United States, and will speak in New York, Los Angeles, Chicago and San Francisco. “Since these talks were defined as discussions on media and in films as LGBT agents, I’m going to review selected parts from our movies and talk about how they affect the conversation in Israel, how  they change people’s views, and I’ll of course elaborate on the subject, according to my opinion, on why  the LGBT community in Israel is so prosperous,” Uchovsky says.Journalist and TV host Gal Uchovsky has been one of the most prominent faces in the gay community in Israel for decades, and long-time partner of director Eytan Fox. Together they’re Israel’s biggest power couple, and not only have they been activists in the gay community for so long, Eytan Fox’s movies must be considered a part of the high momentum of 'hotness' that Israeli men are being considered around the world. Who can forget that sexy kissing scene in 'Yossi & Jagger'? The hot Mossad agent in ‘Walk on Water’ and even the cute teacher in ‘Cupcakes?’ Not only were they all attractive to gay people beyond Israel's borders, they also changed society’s views on gay people.Beyond his work in TV and journalism, Uchovsky, is listed as one of the producers of 'Yossi & Jagger', and wrote the script for “Walk on Water” and “The Bubble.” His involvement in the film industry as well as in LGBT activism for so many years gives him a comprehensive and unique view of the current situation  of the LGBT community in Israel. “The community, especially after the latest elections in Israel, is going right," Uchovsky says. "The most interesting and the most important body in the community at the moment is the LGBT forum in the Likud.”
Uchovsky is planning to spice up his talks with famous scenes from his movies. “When Eytan does his talks he usually concentrates on the image of the Israeli man, so he usually chooses scenes that explain Israeli manhood,” he says. "But I mostly chose the parts that are strongly connected to the perception of  gay people in Israel, like that famous scene from 'Yossi & Jagger', a scene that  dramatically changed the perception of gays by Israelis and specifically by soldiers. At the peak of this change, by the way, there’s a famous interview that was aired after the disengagement from Gaza. Two of the highest commanders who were responsible for the disengagement, Aluf Pikud Darom (Major-General of Southern Command) and his parallel in the Israeli police described their most memorable moments from the process and they said that they stood alone at a certain place after it was all over and they felt a little like Yossi and Jagger.”
And of course there’s the subject of ‘Pinkwashing,’ the alleged promotion of gay-friendliness of Israel in an attempt to downplay the Israeli-Palestinian conflict, and if you ask Gal about it, he will tell you that Pinkwashing is complete nonsense. “I explain in my talks why all of the things that are considered Pinkwashing are totally not pinkwashing and are actually things that are more substantial and important to the community,” he says. “I think this is complete nonsense, trying to use the LGBT community in order to discuss the Israeli-Palestine conflict. As a left-wing person who believes that Israel is the bad side in this conflict, the conqueror side. For me there’s no discussion about it. But to try to put it together with the LGBT issue is just irrelevant.”When is the best time for gay people to visit Israel?"I think the best time to visit Israel is any month not between November and March, because it’s dumb to come to Israel when it’s not warm and you can’t go to the beach. You can go to the beach from April 1 to the end of October. If people are looking for all the pride parties, then they should come during Pride Week. I personally think that it’s a very happy and fun week, but on the other hand it’s a week that is not typical Tel Aviv.""Tel Aviv as a travel destination, especially to LGBT people, is not a place where you’re going to see things like the Mona Lisa or the Kotel. I mean, you go to see the Kotel in Jerusalem, but it’s not the main issue. I think the issue is to feel Tel Aviv, you know, to rent an apartment or a hotel room and just go down to the street and feel the atmosphere. Be part of the Tel Aviv experience.  It’s not a certain bar or a club, it’s some kind of a spirit. If you catch it, you really have fun, and it’s really easy to catch it because it’s just out there, and it’s very friendly."