Palestinian killed after opening fire at IDF troops near Ramallah

A Palestinian who opened fire on Israeli troops outside Ramallah was shot dead by soldiers who returned fire.

A Palestinian who opened fire at Israeli troops on Wednesday evening near Ramallah was shot dead by the soldiers who returned fire.

The man, identified by the Palestinian Health Ministry as 26-year-old Mohammed Issa Abbas, shot at the troops who had entered the outskirts of Ramallah by vehicle.

The IDF said that troops had entered the city’s al-Bireh neighborhood to arrest a number of Palestinians who had approached the nearby Israeli settlement of Psagot. While it is unclear if Abbas was connected to the wanted suspects, he opened fire toward troops during the search.

The Palestinian Health Ministry reported that Abbas had been shot in the back near the al-Amari refugee camp in Ramallah.

There were no Israeli casualties. 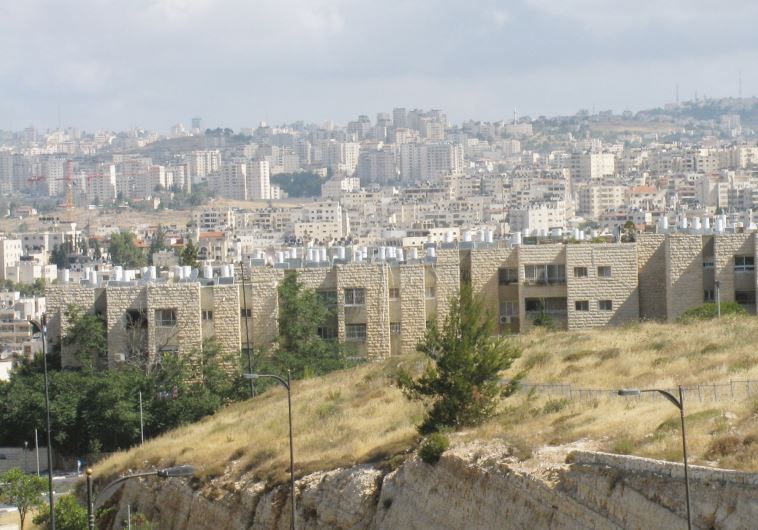 The Jewish neighborhood of Neveh Ya’acov with the settlement of Psagot in the background (credit: ANAV SILVERMAN)

Following the shooting, dozens of Palestinians clashed with Israeli forces, who dispersed the demonstrations.

Though Issa was not claimed as a member of any group, Hamas praised the attack and warned that more would follow.

“The occupation must expect more such responses of resistance,” said Hussein Abu Kweik, a senior figure in the group’s West Bank division. “Our people will not wave the flag of surrender and will continue to resist by every means.”

The shooting comes amid a spike in violence in the West Bank and Jerusalem, with close to a dozen attacks against IDF soldiers and Israeli civilians recently.

On Wednesday, a 22-year-old Palestinian was killed after he tried to hit IDF troops with his car near a military checkpoint in the northern West Bank. near Mevo Dotan.

IDF troops opened fire on the attacker, identified as Hikmat Abdul Aziz Mousa from the village of Marka near Jenin, as he was trying to carry out a car-ramming attack. His car, along with a military jeep, burst into flames after he was shot. His body was found by firefighters inside the car.

No IDF troops were injured.

Last week, 25-year-old Yehuda Dimentman was killed near the Homesh outpost in the West Bank in an attack carried out by members of Palestinian Islamic Jihad. In mid-November, Eliyahu Kay was killed in a shooting attack in Jerusalem’s Old City by a Hamas member.

In an interview with Palestinian Quds Network, Hamas Political Bureau Chief Mousa Abu Marzouk said that the group pays “great attention” to Judea and Samaria, “as it is the heart of the conflict.”

According to Marzouk, Israel plans to impose their control over the entirety of the West Bank, “and therefore the resistance will continue and will have greater momentum in the coming period. The men of the West Bank will deal slap after slap against the enemy until it withdraws from the West Bank and other cities in Palestine.”