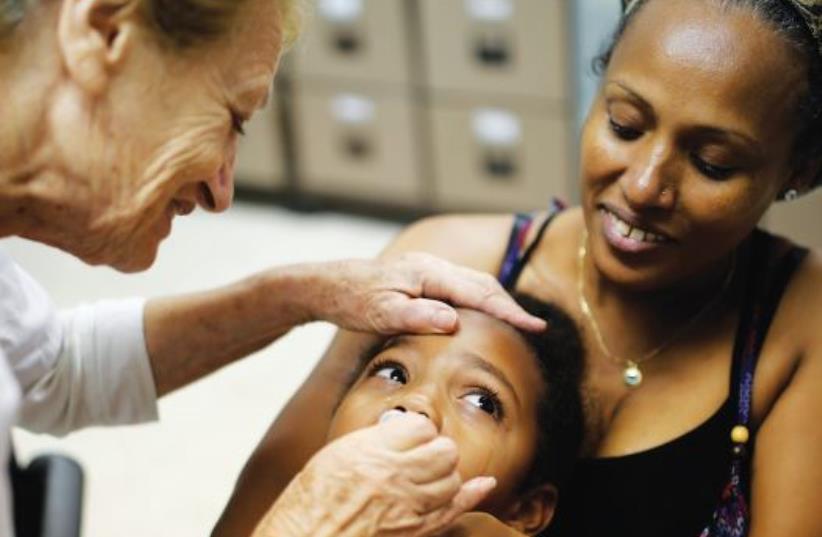 Raising fears of a possible outbreak, a four-year-old Israeli child from Jerusalem tested positive for polio after it was revealed he was not vaccinated against the life-threatening disease, the Health Ministry said on Sunday.

Parents urged to vaccinate their children

The regional health administration in Jerusalem opened an epidemiological investigation and is in contact with the child and his family for specific instructions. The patient seems to have been infected with a strain that has undergone a change and could cause disease in those who are not vaccinated.

Head of Public Health Services Dr. Sharon Elroy-Preis held a special press conference on Monday where she stressed the importance of parents continuing to follow normal vaccination programs in order to safeguard their children from the disease.

Until Sunday, no cases of polio had been recorded in Israel since 1989. The Health Ministry called on those who are not yet vaccinated to get vaccinated.

Indications of the virus have been found in sewage samples in the area, although this has occurred in the past without any infections being reported.

Cause for "serious concern"

The case in Jerusalem comes as an outbreak of the virus was reported in Malawi. The strain found in the outbreak there was linked to one circulating in Pakistan, where it is still endemic. Polio is also endemic in Afghanistan.

“The resurgence of the wild poliovirus in Malawi ... is cause for serious concern,” Rudolf Schwenk, the head of the UN children’s agency UNICEF there, said in a statement.

“Vaccination is the only way to protect the children of Malawi from this crippling disease, which is highly infectious.”

Polio is a highly infectious disease that invades the nervous system and can cause total paralysis within hours. While there is no cure, it can be prevented by vaccine, the World Health Organization has said. The Israeli toddler may remain paralyzed in half of his body as a result, N12 reported.