The two also discussed bilateral cooperation, including in the security sphere and on international platforms, as well as the implementation of the UA peace formula.

The two also discussed bilateral cooperation, including in the security sphere and on international platforms, as well as the implementation of the UA peace formula.

The official Likud channel mentioned that Ukraine, which voted against Israel in an earlier UN resolution, was absent from the United Nations General Assembly’s vote in favor of requesting the International Court of Justice to weigh in on the Israeli-Palestinian conflict, Israeli “annexation” and the “legal status of the occupation.”

Ukrainian sources claimed that its vote against Israel was a response to Israel refusing to supply defensive military equipment to Ukraine. Israel, in turn, did not view the move favorably and summoned the Ukrainian ambassador for an inquiry.

The Likud statement ended by saying that "beyond that, we do not comment on the content of political talks that took place between the two leaders." 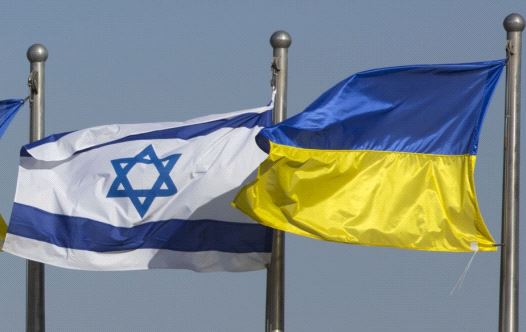 "Beyond that, we do not refer to the content of political talks that took place between the two leaders."

I congratulated @netanyahu on taking office as @IsraeliPM. We discussed bilateral cooperation between our states, including in the security sphere and interaction on international platforms. We also touched on the implementation of the UA peace formula.

A series of unusual talks

Three weeks ago, Zelensky held a series of unusual talks with several world leaders, including President of the United States Joe Biden, French President Emmanuel Macron and Turkish President Recep Tayyip Erdogan. The sequence of talks raised speculations on the possibility that Ukraine has shown excessive openness to a political solution to end the war.

During the conversation, Biden emphasized to Zelensky that the United States prioritizes efforts to increase Ukraine's air defense, and does so through aid packages. According to a White House statement, Biden welcomed Zelensky's openness to a just peace based on fundamental principles enshrined in the UN Charter.