Participant nations in COP- 21 are aiming to achieve a legally binding and universal agreement to ensure that global warming does not surpass 2°. 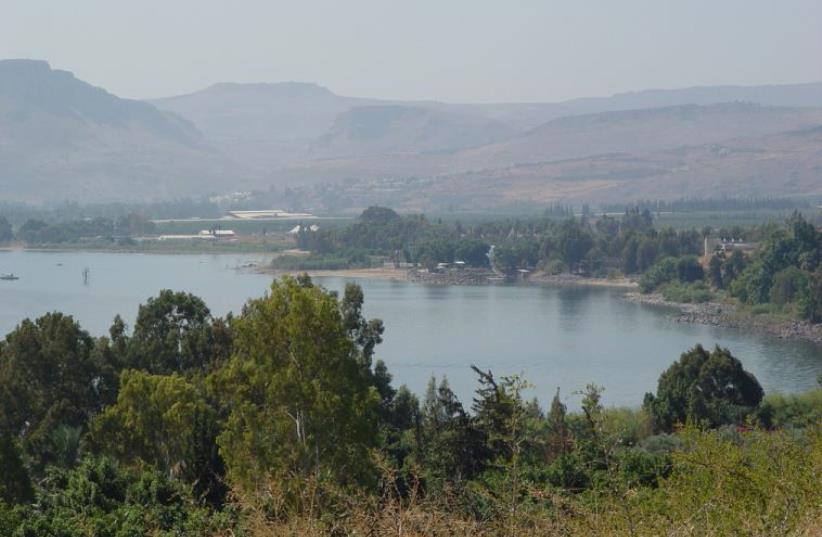 A view of Lake Kinneret
(photo credit: TOURISM MINISTRY)
Advertisement
Despite original Environmental Protection Ministry recommendations to reduce greenhouse gas emissions by 30 percent by 2030, the government is slated to vote Sunday on a slimmed-down target of only 25%.With the agreement of the National Infrastructure, Energy and Water Ministry, as well as the Finance Ministry, the Environment Ministry is submitting the revised recommendations for cabinet approval on Sunday – part of a larger program that the ministry says could save the Israeli economy more than $100 billion cumulatively. Nonetheless, the newly agreed upon reduction target would mean 5% more greenhouse gas emissions than the Environment Ministry had initially recommended in its 30% goal this July.Cabinet authorization of a greenhouse gas emissions target is a precursor toward finalizing Israel’s intended national determined contribution (INDC) plan for December’s Conference of Parties (COP- 21) in Paris.Participant nations in COP- 21 are aiming to achieve a legally binding and universal agreement to ensure that global warming does not surpass 2°. The summit will be the 21st such annual conference to occur as a result of the Rio Earth Summit in 1992, during which countries adopted the United Nations Framework Convention on Climate Change.Prior to COP-21, all participant nations are expected to submit their INDC plans, the terms of which can vary according to their individual national conditions.“We are presenting dramatic goals for Israel,” said Environmental Protection Minister Avi Gabbay on Saturday night, ahead of Sunday’s vote.“Every citizen will feel significant savings in costs of electricity and fuel, and a reduction of air pollution following the implementation of the program.”Meeting the new objectives would enable Israel to take “a step further toward the direction of OECD countries, saving billions of dollars for the economy and developing advanced green technologies,” Gabbay added.In order to meet the greenhouse gas reduction target, the program would be budgeted NIS 300 million for four years, a statement from the ministry said. Reducing greenhouse gas emissions by 25% by 2030 means limiting Israelis to 7.7 tons of carbon dioxide emissions per capita by that year, the statement explained.Achieving this goal would involve optimizing energy consumption with a greater focus on generating electricity from renewable sources, the ministry said. While electricity production from such sources currently only stands at 2% of Israel’s total electricity mix, the goal would be to increase that percent to 17% by 2030.Also part of the recommendations is a reduction in total electricity consumption by 17% and a decrease in private vehicle usage by 20% by 2030, the Environment Ministry said. Critical to accomplishing the latter goal would be mass transit systems based on buses, trains and light rail, according to the program. The plans likewise recommends a transition from diesel to compressed natural gas for heavy vehicles, such as trucks and buses.While officials in the Environment, Energy and Finance ministries may have agreed upon the targets being proposed on Sunday, the figures are not the original numbers suggested. Alongside members of an interministerial team, Environment Ministry representatives presented the original goals in July, which first and foremost included a 30% reduction in greenhouse gas emissions.On Wednesday, the Society for the Protection of Nature in Israel and Life and Environment – the umbrella organization for all Israeli green groups – sent an urgent letter with 10 other environmental nongovernmental organizations to all of the cabinet ministers, demanding that they approve the original plan. By Friday, Israeli media outlets reported that the Environment Ministry was being pressured to reduce the original targets by other ministries.In response to the change in recommendations, Environment Ministry officials said on Saturday night: “In July, a goal of 7.4 [tons per capita of emissions] was presented, which is a 30% reduction, and after disagreements with the Energy Ministry, a target of 7.7 [tons per capita of emissions] was decided upon, which is a 25% reduction.”Energy Ministry officials did not provide a response on the matter.