History in Action: Conserving historic buildings for posterity and safety

Event featured number of speakers and exhibits that attempted to show ways in which historic buildings can be properly restored and maintained. 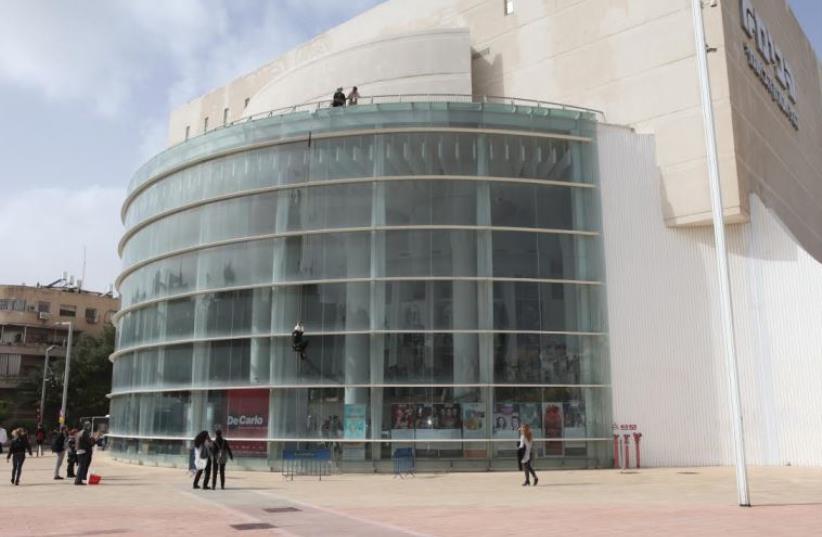 Members of the Belgian building conservation group Monumentenwacht rappelling down Habima Theater in Tel Aviv on March 14, 2016 at the second annual Building Conservation Exhibition.
(photo credit: LIONEL DERMON)
Advertisement
A historic building can be a safer building.That was one of the messages at the second annual Building Conservation Exhibition in Tel Aviv on Monday.The event, hosted by the Society for Preservation of Israel Heritage Sites, featured a number of speakers and exhibits that attempted to show the ways that historic buildings can be properly restored and maintained to serve not only as a cultural memory, but also as an active benefit for the residents who use it.Tamar Tuchler, the society’s regional director for Tel Aviv, helped organize the event, which featured a number of speakers, including the deputy mayor of Antwerp, Belgium. She told The Jerusalem Post that the event was organized in order to show the advantages of sustainable planning, which includes reusing old parts of the building as much as possible, setting aside a regular maintenance budget, and adding safety features, such as increased stabilization against earthquakes.One of the speakers was Paolo B. Laurenco, a structural engineer from Portugal who has dealt extensively with protecting buildings from earthquakes. His findings show that the more levels a building has, the more susceptible it is to being damaged from a quake – causing more harm to inhabitants. Tuchler pointed out the relevance in our country, where additional levels are sometimes added to conserved buildings as a way for the owner to make extra money for the building’s maintenance.Laurenco noted that building features such as buttresses and adding heavy foundations and underground supports can help keep a historic building stable during a quake, although he emphasized the need for extensive analysis beforehand in order to cause as little change as possible to a historic site.Michael Cohen, a preservation manager with the Israel Antiquities Authority, noted in his presentation that in some earthquake situations, older buildings held up better than the new, modern ones. He said that damaging earthquakes are rare, but the lessons learned regarding building stabilization should be applied anyway for safety reasons.