Report lead by State Comptroller Joseph Shapira ssays aid that there are about 250-300 hazardous material incidents each year that affect the environment. 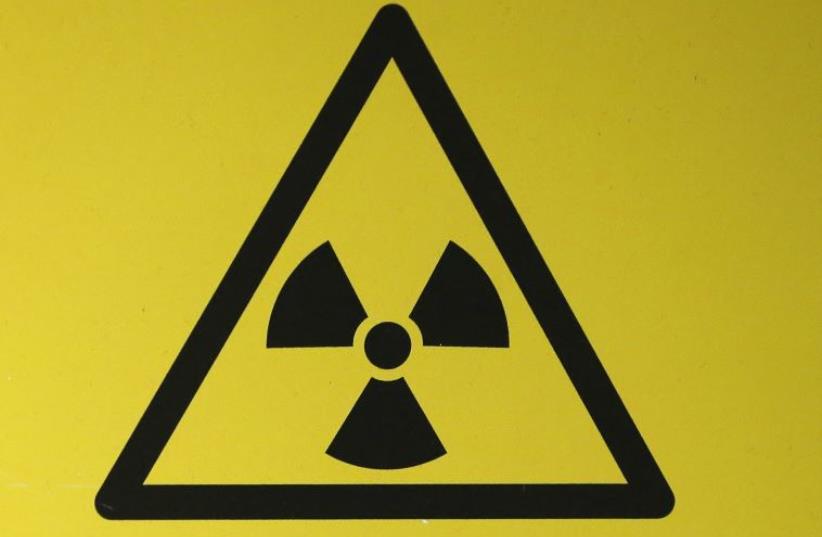 A radioactive material hazard symbol, called a trefoil,
(photo credit: REUTERS)
Advertisement
Myriad shortcomings exist in Israel’s handling of potentially harmful environmental issues, according to a report released Tuesday by State Comptroller Joseph Shapira.The report found that there are about 250-300 hazardous material incidents each year that affect the environment.The report slammed the Environmental Protection Ministry mainly for shortcomings in the licensing, transport and monitoring of businesses that use harmful substances, as well as a serious lack of communication between emergency-response authorities.The report condemned the ministry for allowing workers with expired hazardous material licenses to continue working, while noting that in a number of cases, licenses were renewed without proper in-depth checks. According to their estimates, some five percent of those who work with hazardous-substances have expired licenses.The report also criticized authorities for failing to make sure that factories using hazardous materials are a reasonable distance from residential areas. It said that an initial attempt to chart these factories is still “missing dozens of factories that harm the public,” despite existing policies.“Even though it has been more than four years since the policies were established,” he added, “the ministry and those in charge have not carried out the necessary activities to enforce the plan.”The report criticized the ministry for not having a map showing the central environmental hazards throughout the country, “neither at the federal level, regional level nor environmental police level.”According to the report, this lack prevents the ministry from properly monitoring the central factors and protecting the public from dangerous incidents.From November 2013 to October 2015, regional offices dealt with environmental incidents of all types, “almost completely without the proper equipment nor monitoring needed to carry out their tasks.”The report said that unnecessary risk and environmental damage were being caused due to a lack of coordination between the ministry and local authorities.Regarding plans to create a national harmful-substance alert system, the comptroller slammed the fact that the project, known as the Shapira Committee, has remained in its preliminary stages since 2008, despite participation of several government ministries.The comptroller criticized licensing regulations between the Environment and the Transportation ministries regarding the transport of harmful substances, as well as shortcomings in enforcing their own recommendations.For example, the report showed that although the Transportation Ministry in 2010 adopted a recommendation to require vehicles transporting harmful substances to be equipped with GPS, those requirements had still not become part of the license requirements.On this topic, the comptroller report advised that approvals go through only one regulator and for GPS to become a condition to receive a license.The comptroller also criticized authorities’ lack of cooperation during emergency environmental incidents, as well as those involving radiation.Various emergency response bodies such as Magen David Adom, the report said, use different communication systems.The comptroller said that this lack of clear communication “between emergency officials and the response crews during incidents, most of which involve hazardous materials, can lead to loss of life.”The comptroller called for the defense minister to quickly create a layout of how to deal with a radiation incident and of the bodies that would be involved.The comptroller criticized the Environment Ministry for failing to collect and process data on hazardous-substance incidents and the incidents’ treatment in a clear, concise way. “Although there does not appear to be a reason for preventing this from happening, the ministry only carries out a minimal amount of inquiries annually,” the report said.According to the report, only one inquiry was done in 2015. Although an inquiry unit was created, it has remained in its early organizational stages and had still not laid out a method for carrying out investigations.The comptroller recommended that the ministry do everything in its power to properly monitor hazardous materials and take the necessary actions to prevent harm to the public, such as enforcing proper distances between residential areas and factories.To do this, the ministry was advised to “considerably” improve its system for overseeing facilities with hazardous materials, while creating an annual plan to monitor them. Reports on the factories should include their risk level, safety measures, incident history and any record of complaints. Furthermore, the report called for a clear set of guidelines for workers who wish to acquire hazardous- material licenses and for each factory to have a direct line of communication with the ministry.Regarding the Haifa Bay region, the report called for the ministry to step up its monitoring of pollution’s “emission sources,” which would require an increase in the amount of patrol units and the amount of unannounced inspections.