Since 1979, Ben-Gurion University has given honorary doctorates to more than 300 Israelis and foreigners in a wide variety of fields. 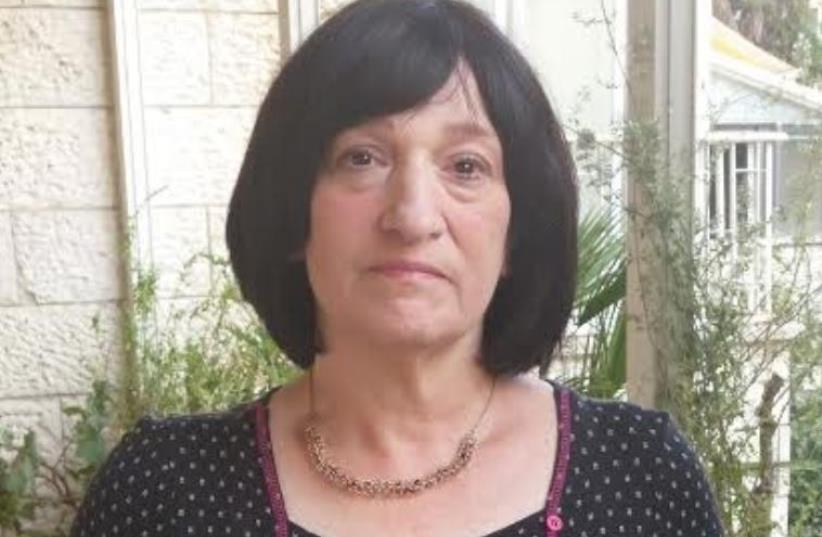 Judy Siegel-Itzkovich
(photo credit: Courtesy)
Advertisement
Ben-Gurion University of the Negev will award an honorary doctorate to Jerusalem Post health and science editor Judy Siegel-Itzkovich in November in recognition of her contribution to public health and public appreciation and understanding of science. She will be the first Post journalist to receive an honoris causa in the newspaper’s 83-year history.Since 1979, BGU has given honorary doctorates to more than 300 Israelis and foreigners in a wide variety of fields. Among the Israelis have been national and political figures such as Yitzhak Navon, Chaim Herzog, Teddy Kollek and Natan Sharansky; economic leaders such as Prof. Stanley Fischer, Stef Wertheimer, Eli Hurvitz and Dr. Yossi Vardi; religious educators like Rabbi Adin Steinsaltz and Adina Bar-Shalom; scientists including Prof. Ada Yonath, Prof. Howard Cedar, Prof. Dan Shechtman, Prof. Aaron Ciechanover, Prof. Ruth Arnon; Prof. Hanoch Gutfreund, Prof. Raphael Meshullam and Prof. Hermona Soreq; jurists like Prof. Aharon Barak; actors and songwriters including Naomi Shemer and Orna Porat; and a very small number of writers and journalists – Ephraim Kishon, Haim Yavin and Meir Shalev.Names of the other recipients of the honoris causa degree in November have not yet been released by the Beersheba university.Siegel-Itzkovich, who was born in New York and attended modern Orthodox schools, studied biology at Brooklyn College but gave it up after being required to kill mice and frogs in the lab. She switched to political science (urban government) and earned her BA and then completed a master’s degree in the field at Columbia University.A few days after graduation, in February 1973, the 22 year old made aliya, bearing a letter of recommendation from then-New York mayor John Lindsay to Jerusalem mayor Kollek, and from Lindsay’s deputy city administrator, Prof. Philip Finkelstein (who had worked on the Post’s night desk two decades before) to the paper’s editor-in-chief. She was hired for her first job by managing editor Ari Rath and has since written over 29,000 news stories, features, columns and book reviews – apparently more than any other journalist in the world.Initially, she covered the Jewish world, immigration and absorption, the president of Israel and religious affairs, but since 1985 has specialized in health and science – writing news daily plus, single handedly, a health/science page every Sunday for the last three decades.Navon initiated her introduction to her husband Nahum Itzkovich, who became chief psychologist of Israel Employment Service’s Jerusalem branch, and they had three children – two sons who are engineers in the Israel Defense Forces and a daughter who works as a social worker in rehabilitation at the National Insurance Institute. Siegel-Itzkovich was widowed in 2011 and has five young granddaughters.A self-taught speed reader, she consumes a huge number of medical and science journals and releases from institutions around the world; as a public service, she emails 100 to 200 items a week to the many Israeli and foreign experts she has interviewed over the years, each according to his or her field, to keep them updated on the latest research. In turn, these experts are always ready to advise her on whether story ideas and interviewees offered to her are worth pursuing.Besides covering the news, she pressures the Health Ministry and other institutions whenever necessary for the good of public health and takes action on behalf of people who have been treated badly by the health system.She has long advocated objective, accurate journalism; she struggles against the growing phenomenon of the publication of inaccurate, exaggerated and even false information by vested interests – public-relations firms, institutions and even doctors themselves – in matters of medicine and science. “They claim ‘breakthroughs’ – but their ‘research’ is the result only of work on mice, was not published in a respectable (or any) medical or science journal or was carried out on only a few patients. They are motivated by their desire to promote themselves and/or stimulate interest in their company’s shares. If in doubt, I consult with genuine experts so as not to give false hopes to patients,” she said.The Post’s health and science editor, who runs six kilometers daily on her home elliptical machine, eats a healthful diet and distances herself from cigarette smoke, also aims at educating her readers about health promotion and the prevention of accidents and ill health.Six years ago, frustrated by having to report on young children being “broiled” in cars after being left by parents and others, she invented the idea of attaching stickers to the inside of driver doors showing a drawing of a baby in its safety seat and warning: “Do not leave me alone in the car for a minute!” She suggested that its presence be a state requirement for renewing the annual vehicle license. But after senior Health Ministry officials rejected the idea outright, she went to United Hatzalah president Eli Beer, who adopted the sticker idea and produced half a million of them in a variety of languages. Beer distributed them free throughout the country and to UH supporters in American cities with hot summers. The stickers were received with much enthusiasm, and Siegel-Itzkovich was told they proved an effective way to remind drivers of their children’s presence every time they enter and exit their vehicle.“Doctors have always spoken to me as if I were one of them, even though all my knowledge is just theoretical,” she concluded. “I’m no physician and can’t bear to see blood, pain and suffering. This honorary doctorate, for which I am very grateful, will not change that.”