No children under the age of five should be given nuts, peanuts, seeds and other hard foods to eat whole. 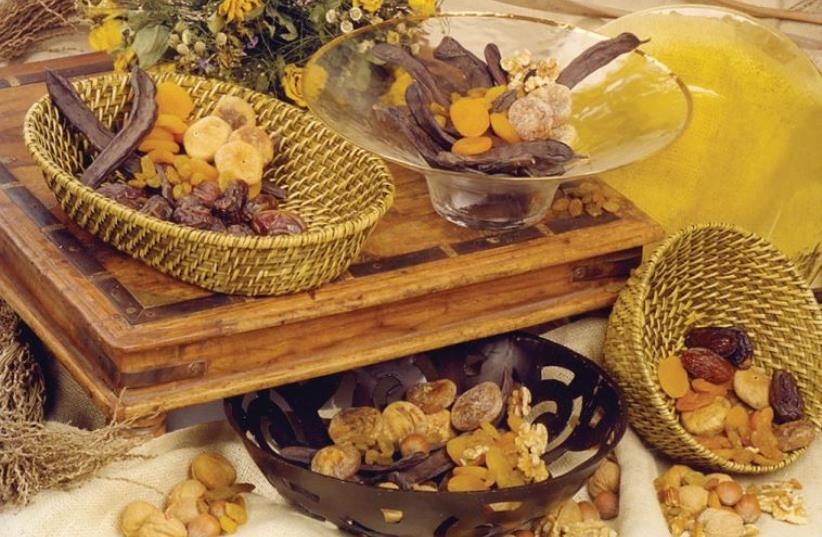 Hamashbir Tu Bishvat holiday display
(photo credit: ELI SCHARF)
Advertisement
Due to the inclement weather, hardly anyone is likely to be planting trees on the New Year of Trees on Monday, but surely children will have access to nuts, dried and hard fruits and other foods that pose the danger of choking.Prof. Yehezkel Weissmann, head of the emergency medicine department at Schneider Children’s Medical Center in Petah Tikva, advised that no children under the age of five should be given nuts, peanuts, seeds and other hard foods to eat whole. Do not leave them within their reach. Small dried fruits should cut in half, and rounded ones must be cut lengthwise and not like coins so they do not cover up the opening to the trachea.In general, clinical dietitian Michal Gilon suggests not eating too much of Tu Bishvat goodies because of the high calorie content. The dried fruit contains a lot of sugar. The elimination of water makes the dried fruit smaller and provides the temptation of eating more than if they were natural fruit. Avoid dried fruit to which sugar has been added. However, some dried fruit is beneficial because it contains a lot of fiber and minerals and eases digestion and elimination.