How immune cells get to infections

A new research conducted by the Weizmann Institute of Science sheds new light on cell movement. 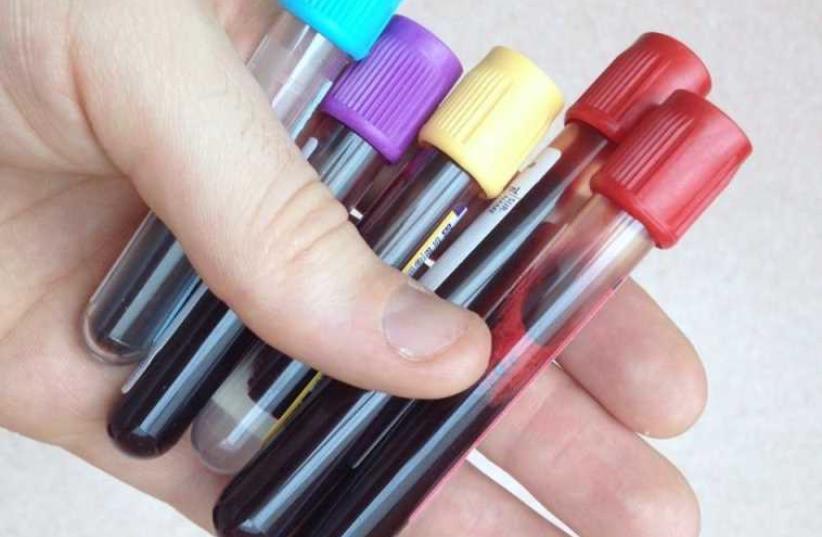 Vacutainer blood bottles
(photo credit: Wikimedia Commons)
Advertisement
White blood cells push their way through barriers to get to infection sites. One of the mysteries of the living body is the movement of cells – not just in the blood, but through cellular and other barriers.New research at Rehovot’s Weizmann Institute of Science has shed light on the subject, especially on the movement of immune cells that race to the sites of infection and inflammation. The study revealed that these cells – white blood cells – actively open large gaps in the internal lining of the blood vessels, so they can exit through the vessel walls and rapidly get to areas of infection.Prof. Ronen Alon and his group in the institute’s immunology department discovered how various white blood cells push their way through the lining of the blood vessels when they reach their particular “exit ramps.” Using their nuclei to exert force, they insert themselves between – as well as into – the cells in the vessel walls called endothelial cells. Dismantling structural filaments within the cytoskeletons – the internal skeletons – of the endothelial cells creates the large holes – several microns in diameter.Alon explains that the nucleus is the largest, most rigid structure in the cell. When driven by motors specifically engaged for this function, is tough enough to push through the barrier imposed by the blood vessel walls.The scientists tracked the cytoskeletons of endothelial cells as they were crossed by immune cells in real time, the behavior of the nuclei of various white blood cells during active squeezing and the fate of the various types of actin fibers that make up the endothelial cell skeletons. The researchers used a number of methods, including fluorescence and electron microscopy, in collaboration with Dr. Eugenia Klein of the microscopy unit; a unique system in Alon’s lab for simulating blood vessels in a test tube; and in vivo imaging with Prof. Sussan Nourshargh of Queen Mary University of London.The results of this research, conducted in Alon’s lab by research students Sagi Barzilai and Francesco Roncato and postdoctoral fellow Dr. Sandeep Kumar Yadav, were recently reported in Cell Reports.Common wisdom in this field had held that the endothelial cells must help immune cells squeeze through by contracting themselves like small muscles, but the present study found no evidence for such contraction- based help. Alon explained: “Our study shows that the endothelial cells, which were thought to be dynamic assistants in this process of crossing of blood vessel walls, are really more responders to the ‘physical work’ invested by the white blood cell motors and nuclei in generating gaps and crossing through blood vessels.”In addition to increasing the basic understanding of how the various arms of the immune system reach their sites of differentiation and activity, these findings may assist in cancer research. “We believe that small subsets of metastatic tumor cells have the ability to adopt the mechanisms used by immune cells to exit the blood vessels into the lungs, the bone marrow, the brain and other organs. If this is true, we might be able to identify these subsets and target them before these cells leave their original tumor sites and invade distant organs,” said Alon.MAN’S NECK RECONNECTED TO HEAD A 74-year-old Kiryat Malachi man named Meir recently fell in the bathtub and nearly lost his head. The retired construction worker and father of four suffered a serious blow on his neck from the sink and was rushed to Kaplan Medical Center in Rehovot.To save his life, which was threatened, the surgeons at the orthopedic department headed by Prof. Yona Kosashvili decided to take a piece of the tailbone from the man’s hip, sculpt it and attach it in place of the vertebrae that were destroyed in the fall. Dr. Peleg Ben Galim performed the very complex and unusual operation, which was successful. A few days later, the patient was seen sitting and walking in the corridor – head held high. He is going to rehabilitation for a full recovery.His wife Tamar said that when she reached the bathroom, there was a pool of blood around him. She was careful not to move him before the ambulance arrived.“It’s a miracle for us that he’s alive.”IRON DEFICIENCY ANEMIA LINKED TO HEARING LOSS People who have too little iron in their blood are at higher risk for hearing problems, according to a study by researchers at Pennsylvania State University College of Medicine. They studied the medical records of patients with hearing loss and iron deficiency anemia in 305,000 adults ages 21 to 90 years. In 2014, 15 percent of US adults reported difficulty with hearing. Because anemia is a common and easily correctable condition, further understanding of the association between IDA and all types of hearing loss may help to open new possibilities for early identification and appropriate treatment.“An association exists between IDA in adults and hearing loss. The next steps are to better understand this correlation and whether promptly diagnosing and treating IDA may positively affect the overall health status of adults with hearing loss,” the authors write.